The Way of a Seabird 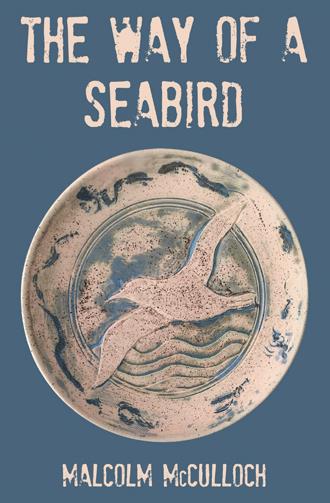 There is a violent snowstorm raging in the Laurentian hills of Québec, where I am now living in this beautifully appointed country house, near the picturesque ski village of Saint Sauveur. I am nestled in a high wingback chair in front of a roaring log fire burning in the fieldstone fireplace. It’s snowing so hard I can barely see the lake, which is only a few metres in front of my window. There is something intrinsically comforting about being so warm and protected from the elements while outside nature is storming so inhospitably. It puts me in a contemplative mood.

I have rented this house for the winter and it is perfectly suited to my present circumstances. I feel like a Turkish pasha indulged by all this comfort, all these bedrooms with connecting bathrooms, this delightful wood-paneled study with built-in bookshelves and a wall of windows facing the lake. The dining room, also paneled, has an indoor barbeque grill, and the kitchen would make Julia Child feel right at home. There is also a sauna for après ski use, but I'm not much of a sauna person. I make myself an espresso with my Italian coffee maker, one of the few possessions I brought with me when I moved here from the farm, and sit down at my desk. Today, I will put the finishing touches to a very important letter, which will completely change the direction of my life.

I am a forty-two-year-old airline captain at the top of my game. I came to Montréal seventeen years ago to join Air Canada and, if I continue with this job and stay healthy, I can look forward to another eighteen years before compulsory retirement at age sixty. It’s a balanced equation, and although my high-salaried years are mostly ahead of me, I am smack in the middle of my chosen career. I came to Air Canada from the Royal Canadian Navy, where I had been flying anti-submarine aircraft off the flight deck of the aircraft carrier Bonaventure. Former naval pilots will tell you that once you have flown off the deck of an aircraft carrier at night, in bad weather with rough seas, nothing else in life can seriously challenge you. I came to my airline job thinking I knew everything there was to know about flying: then really began to learn the skills of the profession from the highly competent captains with whom I flew as their first officer. Most of these captains had been bomber pilots in World War Two and could have flown the box the aircraft came in. Flying is not only about hand/eye coordination. All airline pilots can fly the aircraft well. Rather, it’s about experience and judgment: what to do when unusual circumstances are encountered for the first time, how to make the right command decisions which will lead to the most satisfactory outcome. After several years of such tutelage, I was ready to become a captain myself.

Being a captain for a major air carrier like Air Canada is a dream job. Most pilots have to be dragged from their cockpits when they reach mandatory retirement age. Another thing about airline pilots: they love their job so much (don’t tell airline management) that they would probably continue without pay if that were the only way to fly. Also, contrary to popular belief, captains work in a totally stress-free environment, as they are given full discretion to match their full responsibility. This means that if they don’t like any situation for any reason, they have absolute authority to correct it. All airline pilots will take the safest and surest path away from a potential problem and will never be asked to justify their decision. Any captain who feels stressed is in the wrong job and does not understand the concept of unchallenged discretion. I am often asked how pilots handle the huge responsibility for the lives of so many passengers. The answer is that pilots operate their aircraft in exactly the same professionally competent manner whether the flight is full or empty. It makes absolutely no difference how many people are sitting behind you.

The snowstorm seems to be easing a little at the moment, and the wind is abating. If you’re an opera fan like me, the weather has changed from the stormy opening act of Otello to the cotton-wool snowflakes in the third act of La Bohème. I can just make out the silhouette of the boathouse down by the lake. I throw another log on the fire and stoke the coals. It’s almost time for afternoon tea. Tomorrow, I am going with friends to the mountain resort of Mont Tremblant for a day’s skiing. My next flight is not for three days, when I’m scheduled to fly from Montréal to New York and back; then return to New York for an overnight stay in Manhattan at the Roosevelt Hotel. I will try to get tickets for the musical, Cats, which has recently opened on Broadway.

Above my writing desk hangs a framed quotation, which I also brought with me from the farm when I moved to this house a few weeks ago. I have forgotten where or when I first came across it, but it has become my mantra. It reads:

"What if the spell of a place falls upon a youthful heart, and the bright horizon calls? Many a thing will keep until the world’s work is done, and youth is only a memory. When the old enchanter came to my door, laden with dreams, I reached out with both hands for I knew that he would not be lured with the gold that I might later offer, when age had come upon me."

I scan this gem of wisdom one more time, knowing the reasoning is absolutely irrefutable, and remain convinced that the time has come for me to follow the call of the "bright horizon" and realize those dreams before it really is too late.

The Way of a Seabird is the story of a real life adventure.

Malcolm McCulloch at age forty-two was an airline captain at the top of his game. He had eighteen years left to serve in his career with Air Canada.

He also had dreams and aspirations for his life, which could only be realized by resigning from his lucrative occupation and allowing himself to interact with events randomly and spontaneously.

The author invites his readers to share the entirety of this thirty-year, inspirational journey as it unfolds throughout the book.

The narrative, teeming with anecdotes and sprinkled with the author’s unique philosophy is a study of the determination never to lose track of life’s short but noble experiment.

Malcolm McCulloch was enjoying a successful career as a pilot with Air Canada when he chose to tender his resignation to embark on a life of adventure. This is his story. He currently lives in Ottawa, Ontario.