Running with Lithium—Empowering the Earth 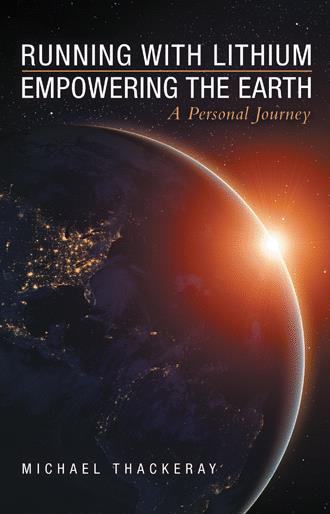 I arrived in Oxford in October 1981 at the start of the Michaelmas term with Lisa and our daughters Caryn (then two and a half years old) and Anna (six months). The university had found an apartment for us in Wolvercote, overlooking the Common, Port Meadow, and the Isis (as the River Thames is known in that area), with the spires of Oxford in the background. It was a perfect and privileged setting for a young family; it was also a healthy three-mile walk to the ICL on South Parks Road. And, as good fortune would have it, my mother, who had returned to England after my father's death in 1978, was living only thirty miles away in Moreton-in-Marsh in the Cotswolds.

While at the University of Cape Town, I had applied unsuccessfully for a Rhodes Scholarship, so I was delighted to have the opportunity of experiencing Oxford, albeit at a later stage in life. At the same time, sensing that I would be stretching my scholastic ability to the limit at such a revered institution, I was unsure of the prospects of being successful during a mere twelve-month stay.

John Goodenough welcomed me warmly. I was summoned to his office to discuss possible projects. I described the high-temperature electrochemical study of the spinel, Fe3O4 (magnetite), which I had conducted at the CSIR, also the concomitant-reaction mechanisms of lithium insertion and iron extrusion during discharge, the stability of the spinel structure on charge, and the advantage that iron oxide was an inexpensive material and therefore attractive for industrial applications. I had brought several spinel samples from South Africa to evaluate their electrochemical properties at room temperature, including Fe3O4, which had shown good electrochemical behaviour, and Mn3O4 (hausmannite). Goodenough expressed doubts about my suggestion. Having worked with ferromagnetic spinels at MIT's Lincoln Laboratory, he was fully conversant with their structure. 'Spinels are like gems', he said. 'They are stable line-phases, so where is the space to accommodate the extra lithium? By all means try, though I suggest that you speak to others in my laboratory to learn what they are doing.' He then left for a two-week visit to India.

I was unfamiliar with the procedures to conduct lithium reactions with battery electrodes at room temperature. I solicited the help of Mark Thomas, a PhD student who showed me around the experimental laboratories and their facilities--the glove box in which lithium cells were assembled and tested, and a glass Schlenk line in which electrochemical reactions could be mimicked chemically by reaction of metal oxides with butyllithium. The Schlenk line experiments provided a method to screen lithium battery electrode materials by monitoring their affinity to take up lithium. X-ray diffraction techniques were then used to monitor structural differences between parent materials and their lithiated products. These were quick and reliable techniques to evaluate the spinel compounds I had brought with me.

I immediately set to work on screening the spinel Fe3O4--a magnetic compound. To my delight, I discovered that on reaction with butyllithium, the Fe3O4 particles gradually fell away from the magnetic stirrer, indicating that they had reacted with the lithiating agent. Unequivocal proof of the reaction came from the x-ray diffraction pattern, which showed a clear shift of all the peaks relative to those in the parent material, indicating an expansion of the cubic unit cell. There were also significant changes in the intensity of some peaks that could be attributed to the movement of the iron atoms within the structure.

I was elated on three counts: the experiment had yielded an unexpected result, one I knew would surprise Goodenough; it opened a new class of insertion compounds that would keep me fully occupied during my stay at Oxford and beyond; and it was a South-Africanborn project. Yet I was completely unaware of the greater significance of that first experiment, the impact of which was later to unfold. Remembering my serendipitous quick start at the CSIR, I felt a sense of deja vu.

After his fortnight away, Goodenough returned from India. He was at his office door as I approached him. 'How are things going, Mike?' he asked.

There was a brief silence. He put his hand on my shoulder, turned me towards the door, and responded as he directed me into his office, 'Come on in, and tell me all.'

In answer to the call for electric vehicles to counter the oil embargo and crisis in the Middle East during the mid-1970s, researchers at the Council for Scientific and Industrial Research (CSIR) in South Africa initiated a twenty-year research programme that led to the discoveries of a novel, rechargeable, high-temperature sodium battery and new materials for ambient-temperature lithium batteries. The latter research laid the foundation for advances in lithium-ion technology that now commands a multibillion-dollar industry.

Running with Lithium--Empowering the Earth follows the path of science from materials' discovery to commercial use and the protection of intellectual property. Author Michael Thackeray shares his memoir and a story about decision-making and the consequences of choice on the course of a life in a highly competitive world while encountering big changes, experiences, and remarkable coincidences along the way.

Running with Lithium--Empowering the Earth emphasizes the need for clean energy and a rapid redirection of human ingenuity to undo the ecological damage that has been inflicted on earth since the Industrial Revolution some two hundred years ago. Follow Michael's journey and be inspired to engage in a scientific career--at a time when the world's growing number of inhabitants have an increasingly unequal share of its resources and in which life and survival are being challenged by an urgent need for clean energy and an electrification of the planet.

Michael Thackeray was born in South Africa in 1949. He received his PhD from the University of Cape Town in 1977. After twenty years at the Council for Scientific and Industrial Research (CSIR) in Pretoria, interspersed with visits to the Inorganic Chemistry Laboratory at Oxford University, he emigrated to the United States in 1994 to accept a position at Argonne National Laboratory outside Chicago, where he was a distinguished fellow and senior scientist prior to his retirement as Argonne emeritus scientist in 2019. During his forty-five-year career, Thackeray's dominant research focus has been the design and characterisation of battery materials, patenting new systems and taking them from a research curiosity to practical reality in industry. He is the recipient of several South African and international awards for his contributions to lithium-ion battery science and technology.