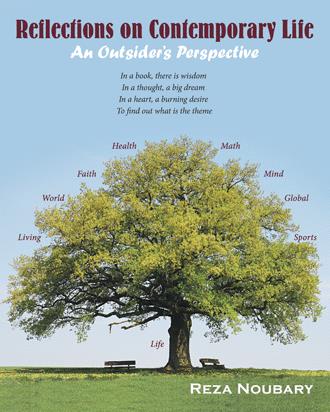 This book has eight chapters. Chapter 1 is about Life/Living and includes 27 articles. The first article titled “Can I Postpone My Deathday?“ looks at beyond coincidental events and bases its argument on the evidences supporting the observation/hypothesis that often the time of death correlates with important social events. It points to a remarkable historical event regarding the first five presidents of the United States of which three, Jefferson, Adams, and Monroe died on July 4, the anniversary of the signing of the Declaration of Independence.

The next article is about human being’s preoccupation with attractiveness. It discusses the bias based on look and the pain it causes for people who are not “good-looking” or “charming”. A problem hardly talked about or discussed openly. “Why funniest people are often the saddest?” is the title of the next article with focus on two questions; what gives some people ability/desire to make others laugh/enjoy and whether funny people use humor as a defense mechanism.

Chapter 2 is about the issues related to the World in general and the United States in particular and includes 15 articles. It includes two articles about the United States as an amazing but under-appreciated country. It includes an article about a media driven society and the way people feed off of the media and the media feeds off of the people. It point is to describe how it has become common for viewers to fall into the traps built by political institutions/parties and their representative media. The 2016 election drama, and a story about two Koreas are subject of couple two articles in this chapter.

Chapter 3 is about Faith/Religion and begins with an article comparing the two major religions namely Christianity and Islam and talks about their close similarities. It also includes an article on contemporary views about the faith and how all these could be related to the modern geometries.

Chapter 4 on Health/Medicine discusses the problems with the present symptom- focused approach to medicine. It analyzes issues of medical errors and medical tests as well as the need for integrated medicine. There is also an article on cancer as a biological bad luck.

Chapter 5 is about one of my favorite subjects, Mathematics/Mind. What is mathematics after all? The first article looks at mathematics as a symbolic language. It follows with couple of articles about the wonderful world of numbers and their relations to art, music, and the nature. It also talks about superstar of numbers including pi and Euler’s e. Can a monkey type Hamlet, and Mathematical humor are sample of other articles included in this chapter. The chapter concludes with an article on stock market.

Chapter 6 is about Sports/Education, my second favorite subject. There is a long article on “hot hand” in sports. It discusses how athletes, coaches, and fans of sports especially basketball and baseball overwhelmingly believe in "hot hand", the idea that a player whose shooting percentage is higher than expected (normal) is likely to keep shooting better than normal — at least for a while. However, academic scholars think that they had debunked this idea years ago arguing that hot hand is nothing more than a random occurrence of statistical noise and that most people see patterns that actually do not exists. There is an article about the comparison of athletes from the same or different sports that includes the question and answer to “How Good was Michael Jordan?” Baseball Rookie-Old-Timer Paradox is another question posed in this chapter. It describes an example of the so-called Simpson's paradox, named after a statistician who first worked with it. It considers a scenario involving a rookie, R, who is trying to break into a baseball lineup by replacing an old-timer, O. He is told by the manager that the decision will be made on the basis of hitting ability, since he and O are equally proficient as fielders. The rookie feels assured that he will start because he is batting 0.224 and O is batting only 0.186 (both are good field, poor hit, players.) However, the rookie is dismayed to learn that O is designated to start the first game. He asks the manager why he is not starting, since his average is better than that of O. "Well," explains the manager, "the opponents are using a right-handed pitcher today, and O has a better average than you against right-handed pitches. His average is 0.179 and yours is 0.162." Satisfied but chagrined by the explanation, R waits until the opponent's pitcher is left-handed, for then, surely, he will get to start. However, that day comes and O is once again the starting player. The manager points out that O has a better average against left-handed pitchers, too, batting 0.560 compared to your 0.332. The rookie is no longer satisfied with the explanation and asks how O can be better than him against both left- and right-handed pitchers but poorer overall. Seeing the manager’s analysis he realizes that though hard to believe this is possible.

Finally an article talks about my personal research on estimation of the speed limit for the 100 meter dash.

Chapter 7 is about Global/Social issues. It asks whether globalization is a problem or a solution. It shows how attempts to find an answer to this leads to another question namely are human beings rational? The answer is somehow surprising.

Finally chapter 8 titled Expository/Miscellaneous includes variety of expository articles that do not somehow fit in the first seven chapters. It includes plenty of life-related issues and questions answers. 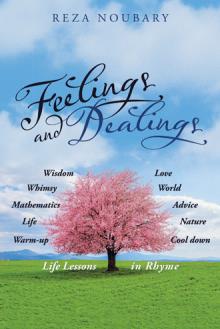 It all started around sixty years ago when a young boy witnessed an earthquake that caused detrimental harm to an innocent community. The unfortunate event left a deep impression on him. He couldn’t forget that when he would ask about it, he would only be told that they must have done something bad to anger the god. Even though he was still young, he did not find the answer convincing. He then devoted almost all his waking moments to thinking about and making sense of what happened that day. He wondered what could have been done to prevent it, leaving him in a disarray of thoughts. This became a stimulant for his inquisitive mind and an incentive to strive to understand disaster-like events. In the case of earthquakes, his struggle resulted in two books and more than fifty research articles.

The present book reflects the boy’s (who is now an old man) life experiences and from looking at the world around him as an insider, outsider, majority, minority, winner, loser, believer, denier, single, married, student, teacher, son, father, grandfather, uncle, friend, and enemy. His quest for finding answers to his many questions led him to live and work in places such as Belgium, England, Germany, Italy, Iran, and the United States. In his pass/journey, he had to deal with a hard childhood, poverty, health issues (both physical and mental), revolution, war, shortage, pain and suffering around him, and the stress of learning different languages and adjusting to different cultures. Through these hardships, he learned a great deal about the dynamic aspects of life and the changes that take place accordingly. The book reflects all this together with his multicultural background and views on topics such as social values, living, faith, mathematics, sports, and health.

The author was born to an Azari family in early 1946. He was the youngest of a clan of eleven children which due to lack of access to medical care died in early ages. His father was a police officer who struggled with drug addiction and alcoholism. His mother had no formal education as she was forced to marry at a very young age.

Although not easy, he managed to go through formal education and receive his B.Sc. and M.Sc. in Mathematics from Tehran University, and M.Sc. and Ph.D. from Manchester University in England. He worked in several different universities in several different countries. He has also been a visitor in Harvard, Princeton, U-Penn, UCLA, University of Maryland, University of Kaiserslautern, and Catholic University of Leuven. His research interests include risk analysis of natural disasters and applications of mathematics and statistics in sports. He is a fellow of the Alexander von Humboldt and a fellow or member of numerous professional organizations. He has published several scientific books and more than 100 research articles in more than ten different disciplines.

He has lived in the Middle East, Europe, and North America where he experienced a life of poverty and the hardship of revolution and war. In this book he shares the lessons he has learned about complex social issues and concepts in easily understandable language. To facilitate this, he has presented the articles in a form independent from each other whenever possible.

Today he enjoys comfort and security of life in a beautiful small rural college town in Pennsylvania.