by Ronald A. Williams 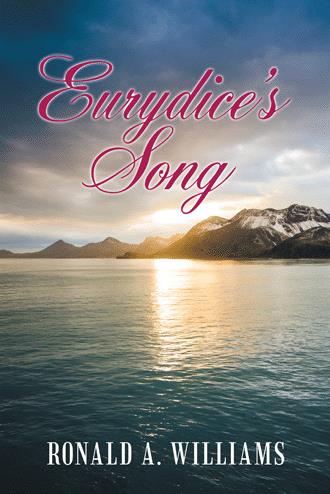 In Book two of the First People Saga, Andreas has been reunited with his wife Eurydice, and for ten years they have lived happily in the Land of Tiamat below the ice of Antarctica.  Now, however, Eurydice,  high priestess and ruler of the land, is threatened by the rising power if her brother Natas. At the same time, Natas is orchestrating conflict between the great powers in the world above. China and the U.S. teeter on the brink of mutual annihilation. When Andreas is declared a criminal by Natas and Eurydice appears complicit,  her position, and her life, are threatened.  Together, they must confront Natas,  hoping to save their love and the worlds above and below the ice.

It has been ten years since American archaeologist, Andreas, reunited with his wife, Eurydice, and began happily living among the mysterious people of an unknown land hidden under the ice of Antarctica. Now everything is about to change as Eurydice, high priestess and effective ruler of the land of Tiamat, realizes that forces led by her brother, Natas, are challenging her position. Sadly, a clash seems inevitable.

Meanwhile, Natas is orchestrating conflict between the great powers in the world above the Land of Tiamat as China and the United States teeter on the brink of mutual annihilation. When Andreas is declared a criminal by Natas, Eurydice’s position and her life are threatened. As Eurydice and Andreas join together to confront Natas, they must fight to survive in a chaotic and treacherous environment while attempting to save not only their love, but also the worlds above and below the ice.

Eurydice’s Song intertwines adventure, love, and danger as a husband and wife team battle to hold onto their humanity and love in a world challenged by rising sea levels and war.

Ronald A. Williams enjoys blending fantasy with political and human situations that are easily recognized and relatable to his readers. Williams currently resides in Mitchelville, Maryland. This is his sixth book and the second installment of his First People Saga series.