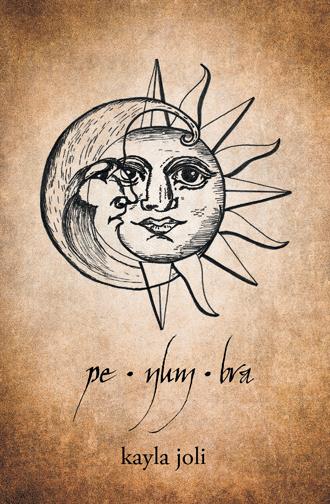 Gypsy Always too sympathetic to leave, though the gypsy in her begged. Her feet itched and her fingernails were chewed down to their moons over all the things inside of her. So she left pieces of herself behind with each year’s autumn leaves, buds that did not bloom again in the spring. She turned herself inside out, like the shirts we threw in the laundry, trying to make it work. We all sucked off of her like capacious ticks, gorging until we’d explode. She never lit a match, just let us swell off of her until we depleted her and blamed her for having nothing left. Two children, not ungrateful but selfish all the same, demanding her attention and time like a hungry lynch mob that’s always on the porch and a husband who has never known how to give more of what she needed and take less for himself. Still, she smiled, said it was her pleasure, while ignoring pleasures she tried not to remember. Like drinking coffee alone and falling asleep in the bathtub with the base of her skull holding her out of the water. But we all drown her and then wonder why her bubbles burst before they have a chance to reach the surface.

Kayla Joli is a fresh voice in poetry whose soul is comprised of words. In her first collection of poems, Kayla shares the most vulnerable part of her soul that encourages others to overcome their fears of blossoming in life and to believe in possibilities, magic, and freedom. Within raw poems rooted in the vast experiences of motherhood, femininity, and relationships, Kayla offers insight into the different feminine roles of a woman’s life. While exploring the nature of love and hate, reliance and freedom, heartbreak and healing, her poetry examines the interconnectedness and dualities of the heart, mind, and soul. As she journeys through the ties that break and relationships that heal, she connects to the vulnerability and strength that resides within all of us. Through lyrical verse that delves into strong emotions, Kayla invites others to consider their own deepest feelings and fears while searching for the truth. pe.num.bra is a collection of raw poetry that combines strong feminist views with the tenderness of the soul that speaks to the vulnerability and vastness of human emotion.

Kayla Joli cannot remember a time before creativity. It was blessed upon her with her mother’s touch from a very young age, days spent making mud sculptures and magic potions. She began writing poetry in her early teens and quickly developed a deep love for constructing verse. Years later, with the birth of her beautiful daughter, becoming a single mother revived in her a deep need for pen, paper, and words. Her poetry is deeply rooted in motherhood, relationships, feminism, and the experience of life’s duality. Kayla’s deepest hope for her first book, pe.num.bra, is that it may be a journey for you, with you, and that it inspires you to lead your dreams too.