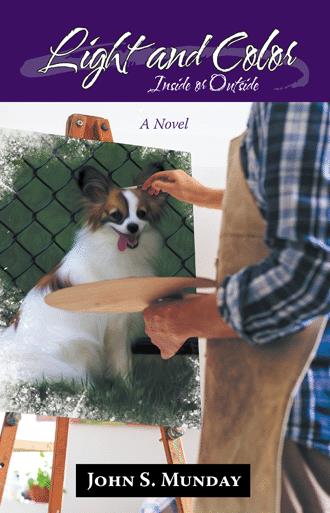 Jean took his time getting off the train when it arrived in Vernon, in part because he felt relaxed and in part so he wouldn’t look like he had a serious interest in the ladies. He expected them to ride the shuttle to the Giverny station and hoped he could get a seat where he could talk with them. At the least he would have an opportunity to see them close up, so he could consider their facial features, as an artist.
As he stepped down from the car, the young artist wannabe came over to Jean. “Sir, I apologize for interrupting your time on the train. You’re an artist and have a creative mind. I know now I should have left you alone so you could think.”
“That’s fine,” Jean said. “My name is Jean Forgeron.” He saw that the ladies were getting on the shuttle so he headed that way. “Are you an artist? Or a gardener? Or both?”
“I want to be an artist. My name is Pierre Stéphane. Please call me Pierre. I have started lessons and hope to get some help from, um, Mr. Monet.”
“Okay, Pierre, let’s get on the shuttle.”
“Oh no, I’m walking. I’m short of money. It’s not that far, is it?”
He looked at Jean as if he wanted Jean to buy his ticket. No way, Jean thought. He’d interfere with his chance to talk with the ladies. “Go for it. I’ll talk with you when I get a chance at Giverny.”
Jean got on the shuttle, which had seats facing forward and backward. The ladies insisted in facing the direction of travel. He sat facing backward on the seat in front of them. He waved to Pierre and looked out the window as the shuttle started to move.
Jean waited until they left the station, then spoke to both ladies, telling them his name, adding that he is both an artist and a gardener. He hoped that would impress them by not giving them advice. He mentioned having two of his paintings hanging at the Café de la Nouvelle Athénes, adding that they might enjoy the art if they ever went to that café. They didn’t reply so he then told them of his two years here in Giverny working for Mr. Monet as a gardener, then showed them the letter from Monet inviting him to work as a gardener again. He added that they should call him Jean.
One of the women spoke. “My name is Luisa Magdalena Slagle. I am from a suburb of Philadelphia and am learning about art. I am an artist, I hope. It is a pleasure to meet you Mr. Forgeron. You do know Mr. Monet quite well, I assume.” She shifted in her seat. “Please call me Luisa.”
Before Jean could reply, the other woman spoke. “My name is Emille Martha Tveger, and please call me Emille. Would you tell us a bit about Mr. Monet? Do you, um, think he might look at our art work? Would he help us?”
Now this question gave him quite a dilemma. If he told them the truth, not even knowing what quality of art work they had made, they would be angry with him. They won’t believe that Monet dislikes all art by others. If he lied, they would find out for themselves how Monet feels about the art of others, and they would certainly be angry with him. Then Jean remembered what Degas had said about their art and Monet. “Did your instructor tell you what to do when you got to Giverny? In fact, who is your art instructor?”
Emille laughed and said, “Degas warned us not to show our art.”
“Even if he asks to see it,” Luisa added. They looked at each other with a smile. “You found the right answer, Mr. Forgeron,” Emille said, and Luisa added, “Yes you did, Jean.” He felt as though that this conversation would serve as his introduction to them.
After that the three of them were silent as they rode along. He kept looking out the window at the farm fields as they passed them by. He also tried to see which lady took an opportunity to look at him, but neither did. Instead they did sneak looks at each other. He wondered how long they had known each other. Then he excitedly pointed to a stack of hay bales. “Look. There are hay bales like Mr. Monet painted. Can you see how the light affects the color?” The ladies took turns looking out the window.
“Are those the ones Monet painted?” Luisa asked. “The series? Where they all look so different even though, I think, he painted just one bale at different times of day.”
“One bale at different times of the day. Be sure to ask to see any of the series he still has in his studio.”
“It sounds like Mr. Forgeron has seen the series, Luisa,” Emille said. Both ladies continued to look out the window. Jean just relaxed, comforted by their joint acceptance of him as a person who knows things they would want to know.
When he could see the shuttle almost approaching their destination, Jean spoke to Luisa and Emille. “If I remember correctly, Mr. Monet’s house is pink with white trim around the front door and some windows. However, one would never notice the white or pink because Mr. Monet has established green as the color to see. The steps to the front door, the front door itself, the shutters on the windows and two benches on the sidewalk in front of the door are all the same deep green. Boston ivy and roses are fixed to a trellis. Geraniums of pink and red color seem to be everywhere, except for silver carnation blossoms.

In 1890, Jean Forgeron, an art student of Edgar Degas, comes to Giverny, France, to work in the gardens of artist Claude Monet and to study with him for a time. Nearly three years later, he returns once more to work and study, but also hoping to form another kind of partnership: the young painter is looking for love.

At the same time, a pair of young ladies from the suburbs of Philadelphia have come to France to study art. Luisa Magdalena Slagle and Emille Martha Tveger intend to become students of Monet themselves. Though Jean is intrigued by the pair, they are uninterested. Instead, Luisa and Emille elect to form a Boston marriage while abroad together, in spite of the disapproval from both their families. Meanwhile, the three young people explore the French countryside and learn from a group of brilliant impressionist artists, building their skills and preparing for their lives ahead.

In this historical novel, three young artists set out to study their craft with impressionist masters in nineteenth-century France while dealing with matters of the heart.

John S. Munday retired from work in intellectual property law in 2013. He is also the author of Justice for Marlys, a true crime study that has served as a textbook for two criminology courses; Hate Is the Sin, on human sexuality; and five self-published works on various topics. He currently lives in Minnesota.