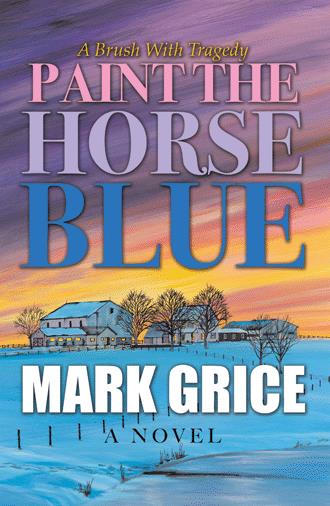 It was a mindless task, the perfect job to do while meditating. It was a chance to take in the fresh air, the sunshine, and the signs of spring’s renewal, and she had done it countless times before. Today, however, her mind was anything but calm and meditative, and the beauty of the day felt like a slap in the face—an insult.

Kella Major eased the tractor around the sharp corner of her largest pasture and started another row back toward the house and farm buildings. She had a set of harrows hooked on behind, and she was spending the afternoon harrowing the field. There were two reasons to be doing this. First, it was an excellent horse pasture management practice. Breaking up the clods of manure that had accumulated as horses grazed in the fall and scraped through the snow for the winter was a great way to fertilize the soil and encourage the growth of new grass that the horses could enjoy for another season. Years ago, her father baled hay on this particular part of the farm, but as their horse business expanded, it was used for the horses that could live outside all year. They had access to a water trough, a shelter that they rarely used, and supplemental large bales of hay in the winter, but the wear and tear on the soil was beginning to take its toll. The best thing she could do, short of hiring someone to do a reseeding and fertilizing, was to give it a good harrowing.

It was late May in central Ontario, and even though the winter had been harsh and dragged on forever, this really could have been done a few weeks ago. But today was the day. Mindlessly spiraling around and around the ten-acre field in smaller and smaller circles, each time she made the turn at the back and faced back toward her house, her anxiety level rose, and she felt an ache in the pit of her stomach. She was dressed in a flimsy tank top and cutoff jeans, with sturdy Blundstone boots. Her blonde hair was pulled back in a ponytail and tucked under a rhinestone-embellished ballcap. She had too much to do in the morning to worry about makeup, and she took some consolation in the fact that this was a great way to work on her tan. At thirty-four years old, she was fit and lean with the sinewy muscles built by riding horses, cleaning stalls, lifting bales of hay, and emptying heavy bags of horse feed—not from working out at a gym. Circling the field and exposing herself to every angle of the sun gave her an all-over tan, as if on a rotisserie. Her joy at this opportunity was short-lived.

For the first time in her adult life, Kella Major has some hard decisions to make in order to support herself and hold on to her horse farm. Tragic circumstances and a journey to the past take you on a wild ride filled with secrets, lies and mysteries. From horse show arenas to hockey arenas, author Mark Grice provides a richly textured story featuring a loveable cast of characters expressing raw emotion, humour and hope.

Mark Grice is a professional horseman, an award winning artist, a part time actor and also…an author. He has followed his thirty year career as a full time horse trainer with another ten years as a successful painter. He is also known to appear in television commercials and films, tv shows and music videos and he enjoys announcing at horse shows. In Paint The Horse Blue, Grice’s debut novel, you will appreciate his expert and authentic view of the horse industry, his easy going story telling style and his ability to “paint a picture” in your mind.