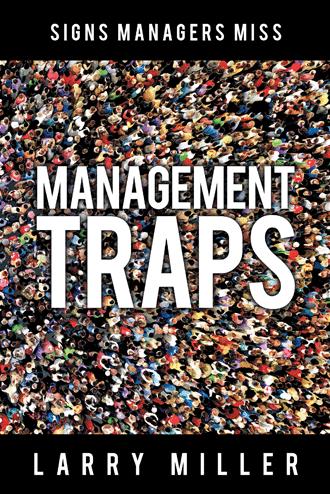 Trap #3:
Attack the Person--
Instead of the Issue

Many years ago, my friend and world-renowned manuscript appraiser, Willis Van Devanter, said he wanted to have his “two Larrys” over for dinner one night. Upon accepting the invitation and arriving at Willis’s apartment, I was packed into his kitchen and introduced to the other Larry, who happened to be the award-winning American novelist, Larry McMurtry.

During dinner, I was daydreaming about my own distant ambitions of becoming a writer and decided to take a risk and ask the accomplished Larry how to make dialogue stick out in a story. I was uncertain how to differentiate between the person’s words and the issue or point of the story the fictitious character was trying to make to move the story forward.

Larry looked at me and said, “Is there a difference in the following two phrases?

I hate what you did!

Such a simple dramatization helped me to see that the first phrase attacked the person. The second phrase attacked the issue. Big difference! Little did I realize that this simple comparison was some of the best management advice I would ever receive.

How many times have you heard, “who did this?” rather than “why did this happen?” The difference between these two phrases can be powerful in affecting a sense of participation in the listener. When someone in an authoritative role speaks these words, they’re especially telling since management is ALWAYS responsible for influencing an outcome—good or bad.

The very words we use can work against our best efforts to create improved performance. This happens in business all the time. While the reader may think this is no big deal or that adults should be able to reason through things like this, the truth is that we are all quick to draw our own conclusions—consciously or unconsciously—and to believe them just because they are ours.

This is why managing performance can be difficult. Why not treat a performance review as a test where the manager gives his or her staff all the right answers in advance--and then works all year long to help the employee succeed and score 100% on the test? Why would a company hire potentially successful people and not support or guide them to succeed? After all, success at the individual level translates into success at all levels!

I have often heard, “he said…” or “she said…” when someone was describing problems in the workplace. Rarely have I heard someone say, “I think the issue is…..”

One of my managers came into my office with a printout of an email she got from a manager outside our department who had a very difficult problem to solve. She told me how fed up she was with this guy and started to read his email out loud to me! Her portrayal was dripping with venom and accented with sarcasm.

After my manager finished her tirade by concluding that the other manager was trying to undermine her, I took the printout, looked at her and told her to pretend that this email came from me. I then tried to convey the issue using the same words in the email except in my own tone that mimicked an understanding of what I knew the manager intended to communicate. I could see her shoulders drop and her face relax. She seemed to actually listen to the issues presented in the email.

People want to be heard. They want to feel that they count. They want to be respected. And they want to know how they can make a contribution. These are the same essential, personal needs that all people have in common.

When an employee’s basic needs are understood, appreciated for what they are, and reinforced through a focus on work issues through good communication by management, a company’s profits can climb even during economically difficult times.

Do you struggle making sure your staff does the right thing, in the right way, and at the right time?
Managing people can be a daunting task, even for those managers who have had good and extensive management training. Anyone can accidentally fall into hard-to-recognize traps when communicating performance goals or process improvements to co-workers and staff.
As our high-tech environment creates a greater need for social and communication skills in the workplace, avoiding these traps is becoming more critical. In this guide, Larry Miller, a human resources expert, walks you through how to:
• confront people to solve problems;
• repeat critical messages to promote action and results;
• question assumptions when deciding who
to hire; and
• measure the right things when evaluating employees.
The author also explores how to lead by example, communicate well with others, avoid hasty conclusions, and choose the right words to inspire improved performance.
Regardless of the size of company, type of company, or requirements and duties of any job, management traps occur. Avoid or resolve these traps and improve your bottom line in the process with the lessons in this guide.

Mr. Miller has a BA from the University of Pittsburgh and an MS from the University of Wales. He has worked for both for-profit and nonprofit organizations and most recently served in the role of senior vice president, human resources, supporting 3,500 domestic and international employees for more than two decades.
Mr. Miller develops people practices that create profitable outcomes. His coaching of senior leaders and line managers has led to his development of specific tactics that create fundamental and innovative approaches to help people perform their jobs.
He has interviewed more than ten thousand candidates for mid- to upper-level positions in nine countries. In doing so, he has developed an ability to build competitive and alternative talent acquisition plans that drive business results.
He’s best known for dissolving stumbling blocks with creative and adaptable problem-solving solutions.