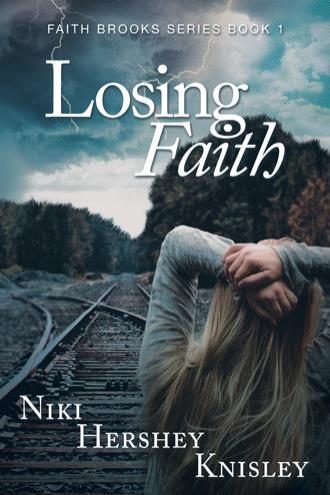 Grace
Hatred—it’s not a word I use often, and one I rarely feel. So I was blindsided by how all-consuming it could be. I’ve never been a hateful person, never sensed its bitter taste on my tongue…until today.
Daddy says hatred should only be harbored toward sin, injustice, and evil—never people, especially family. I usually obey Daddy. I’m what they call a “compliant child.” But now I find myself shaking and sweating at the hands of this alien emotion, over which I seem to have little control. I cannot love Faith when it clouds my vision. I know it’s wrong, and Daddy would be disappointed in his Gracie. But I cannot forgive her for what she’s done.
I’m standing in a dark corner of our living room, in the background, where I’ve spent most of my fifteen years in this house, more spectator than participant. Mom sniffles quietly in the recliner, periodically dabbing the corners of her downcast eyes, hair obscuring her face. I want to go to her, but my feet are glued to the carpet. Thankfully, Noah’s down for the night, resting peacefully in his Lightning McQueen bed, mercifully oblivious that the rest of the household implodes around him.
Mom says the reason it hurts more when people we’re close to sin against us or believe the worst about us is that we care so much about the relationship. “You and Faith wouldn’t argue when your personalities clash if you didn’t care to bother working through it,” she’d said. “You’d just shrug it off and ignore each other.” It makes sense. When acquaintances are backstabbing or misunderstand you (like, say—hypothetically speaking, of course—teasing you for being a brownnoser), it stings but can be chalked up to the cluelessness and cruelty of teenagers. That’s what I do, anyway. But when it’s your sister, it’s a whole different ballgame.
Which might explain why Faith’s betrayal has thrown me off balance—I adore her. If the strength of one’s hatred is proportionate to the intensity of one’s love for that person, it’s no wonder this foreign sensation is so terrifying. I think I’m in for a world of hurt.
Dad stands before the window, each breath leaving puffs of condensation on the glass panes. His eyes are equally moist and will not be diverted. As though what’s fading like mist in the morning can be recalled by the intensity of his gaze. But it’s too late. Like fog slipping through fingers attempting in vain to contain it, my sister has eluded our grasp.
Regardless, Daddy scans the horizon, his eyes vainly following every flash of headlights that passes, as though the force of his angst can bring the Toyota Tercel back around the corner and his oldest child back into his arms. Even from the shadows, I can read from his clenched jaw, flushed cheeks, and sagging shoulders, all the emotions warring within him. Between the violent fury just beneath the surface, the rabid fear etching lines in his face, and the fierce, primal love oozing from his heart, one sentiment is most apparent: he is heartbroken.
My legs are stiff from inactivity. I’m immobilized by what I’m witnessing: the complete breakdown of the two strongest adults in my life. Their faces still reflect disbelief that Faith has truly closed the door behind her for the last time.
Finally, Mom succumbs to exhaustion and, with swollen eyes and downturned lips, stands, touches Daddy’s shoulder, and drags herself upstairs. I hear the bed frame creak like it does when Noah launches himself into it on Saturday mornings, and I know she’s collapsed into bed, omitting her nighttime routine—a rare occurrence.
In the deafening silence, my attention returns to Daddy. He appears small and frail, despite his broad, muscled six-four frame. After an eternity, he tears his weary eyes from the window and glimpses me, the recognition in them conveying he’d forgotten my presence. I attempt to express with my eyes the words my lips cannot form.
Without waiting for an invitation, I emerge from the dim corner and propel myself into his arms. He holds me so tightly that I’m breathless. The smell of old, yellowed books and hazelnut coffee reaching my nostrils indicates he’s been studying all day in his attic office—a reasonable inference considering it’s Saturday and he’s preaching tomorrow. I clasp my hands around his waist and squeeze, wishing I could be absorbed into him and sheltered by his strength.
We don’t speak, but I know what he’d say. I’m a Daddy’s girl; we “get” each other. Instead, we cling to one another, seeking solace in our mourning. I bury my face in his chest and unleash the tears I’d been fighting back.
I cry for Faith, whose poor choices will eventually return to haunt her. I sob for Mom, whose heart now resembles her womb when her firstborn was painfully torn from it—aching and empty. I whimper for Noah, who worships Faith and won’t understand her absence when he pads downstairs in the morning, naively content with the world. I weep for myself because this uncharted territory leaves me baffled about the rebellion of a nonconformist when I’ve never aspired to be anything but who and what I know I should be.
But mostly I bawl for the man who grips me so urgently, as though by protecting one daughter he can keep us both safe. I cry not only because he’s been betrayed by someone who owes him complete loyalty, nor the unspoken fear for Faith that dangles between us, but because of the expression I saw on his face before plunging into his arms. One I’d never seen before, even at his mother’s funeral: complete and utter devastation. My Daddy, a solid, confident man of God, a rock for all of us, is a wasted, lost little boy. And this-this is why for the first time in my life I feel nothing for the sister I once idolized—but hatred. 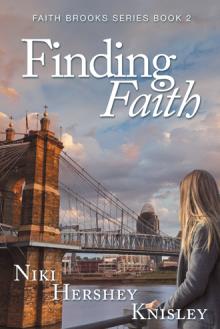 Faith Brooks is a typical teenaged pastor’s kid, until she does the unthinkable and moves in with Gabe, an edgy musician and nonbeliever, seemingly closing the door on her past forever.

After Faith abandons them, the Brooks family is left to pick up the pieces, unsure if they’ll ever see her again. While coping with Faith’s unsettling desertion, each family member separately wrestles with feelings of betrayal, anger, and fear. The chaos that ensues threatens everything they have ever believed about themselves, God, and the world around them. As Faith struggles to find her way in a scary new world without a support system, her family desperately searches for the reasons why she was driven to commit such a treacherous act. In losing Faith, now the possibility looms that they might also lose their own.

Losing Faith is a compelling, modern-day tale of loss, love, and the enduring power of faith, as a teenage girl escapes her reality to explore a world devoid of God’s influence, leaving her heartbroken family to wonder why.

Niki Hershey Knisley has been writing songs, poetry, and stories since she was little, and wrote her first novel while in high school. She and her husband, Craig Knisley, have been married for over twenty-one years and have started two churches. They reside in the Midwest where they are raising their three active boys.