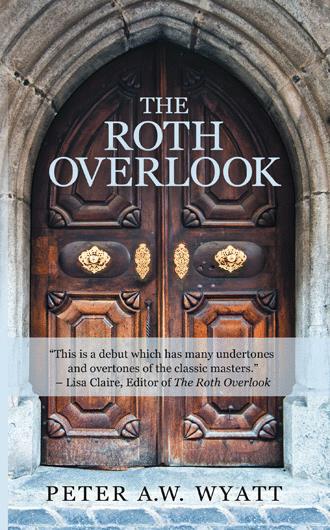 Lovers quarrel and perhaps mourn, but lovers are always with each other, regardless of the environment. Their only necessary requirement is to be in the company of seclusion, such as in a cave or even a meadow where there is an essence of abandonment. This area beneath the three garden arches is suited for passion, and so it is granted. Bastian lifts his woman into his arms, and once again kisses her. Yet this kiss is exchanged in the comfort of shadows, created by the shade of the garden arches. Her lips taste to Bastian like the nectar of flowers so sweet, that a butterfly would drink of its liquid. Her aroma is also the sweetest intensity of the universe, since it is a scent devoted unto a woman when in the heat of passion. That scent is meant to entice Bastian, if we envision him to be a hunter preying on a doe. The doe is enveloped by him, taste and scent too strong a lure for him to resist. The doe attempts to move, but it is not an effort to escape, for the doe had been cold and wishes for more warmth. We witness this when Anita wraps her arms around Bastian. She's done this to pull him ever closer. Like the interior of a cave when a quake causes the ceiling to rumble, she falls into him and he catches every falling rock, as a chalice would collect tears. Her skin is the warmest he's ever felt it, so heated in this spring season of eternal warmth, when the sun blazes high in the ethereal blue. Ten thousand tresses of ivory texture fold in elegant strands over Bastian's arms, caressing her back. With their own softness, they press against Bastian's skin which bears the soot of one day's work in the garden. Dirt marks show their presence on forearms but are evenly balanced with the lightness of Anita's hair.

Bastian Roth grows up in a house divided. While his mother is a sympathetic caregiver, she is overshadowed by misery, completely under the control of her husband. Bastian’s father also wraps his hands around his son’s life in an effort to constrain and keep him from experiencing freedom. He flounders between trying to satisfy his father while developing indifference toward a young girl who lingers in the background of Bastian’s awareness.

Bastian’s work attempts to understand love from an academic perspective. Although love, in theory, is to be felt, how does it fit within the grand scheme of academia? Thousands of words have been written about love. The idea of love has been dissected, studied, and taken apart—but what if love is supposed to be treated not with intellect but with innocence and simplicity? Bastian wars with these thoughts, obsessed with understanding this ethereal emotion.

Romance is indeed within his reach, although he remains shaped by his upbringing and his study. He dives deep, experiencing meaningful kisses and touches—possibly the very love of his life. However, the obstacle to Bastian’s happiness becomes a mix between want and love, mere satisfaction over adoration. He now must decide between love itself and the understanding of love, which lessens its power and could leave Bastian empty and alone.

The aspiring author who has written The Roth Overlook has gained his inspiration from the classics and has been compared to the classics. Within his works, he delves into complicated matters such as human instinct, human vitality and the human emotions that make a human as a human. The emotions that include love, and the fear that accompanies love. The emotions that include satisfaction, and the love that mistakenly fuses in with people’s view of respect. The emotions that include misery, and the misery that acts as a wide streak over the face of any nation buried deep in its malfunctions. Nations, and their functions, among the faith that may disappear from the people’s sight, is described within the novels to the extent of the author forming theories of his own. Original ideas, that may or may not be truly original, but are still very new to his readers, are also fused in with the characters that have personalities that reflect their environment. A conflict must originate from society, as the author is inclined to believe. A conflict cannot originate from anywhere other than reality, and the reality to which the conflicted one either denies or faces, with the most brutal form of strength. He has gained his inspiration from Hugo’s Les Misérables, and his philosophies range from influences from Rand, to Dostoyevsky, and D.H. Lawrence. One aspect is his love of creating characters that meet their downfall in the themes that run within the crux of the written novels. The apparent deconstruction of society, a movement born after the ending to WWII, matches with the deconstruction of the character’s sanity, whether they be an anti-hero, or an anti-heroine.