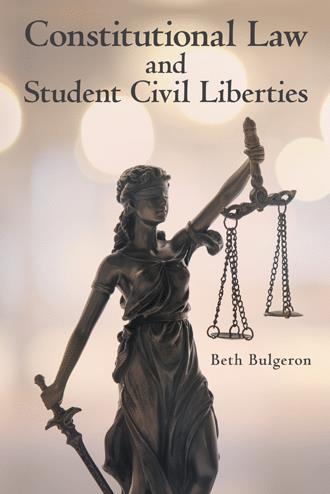 The previous lesson focused on the Equal Protection clause as applied to issues involving race in an educational setting. In this section, we will expand our understanding and application of the Equal Protection clause and apply it to issues that involve discrimination based on race outside of an educational setting, gender, age, political affiliation and other classifications.

Consider a restaurant has a sign that says, “We reserve the right to refuse service to anyone.” What if they exercised that “right” by only serving men? Or refused to serve Asians? Would that be allowed? Is a restaurant a public place? Restaurants are not owned or run by the government, they are almost always privately owned, but they are open to the public. Should they be required to serve everyone?

What about a country club where one must be a member? Can the club control its own membership? What does it depend on? For example, a group of women in a neighborhood get together at each other’s homes for a book club focusing on feminist literature. Should they be required by law to let a man into their club? What about a much larger club or association? Do they have the right to be exclusive in their membership?

Consider each of the following situations. Is there different treatment for one class of people? Is the treatment fair? If there is discrimination, do you think it violates the Fourteenth Amendment?

When considering these situations, what criteria did you come up with to determine whether or not different treatment was fair?

Through a series of cases, the Supreme Court has developed tests to apply to new facts (cases) to determine whether or not a law that treats a group of people differently from others violates the equal protection clause of the Fourteenth Amendment.

First, they ask a series of questions to determine which test should be applied.

Tests or “Levels of Scrutiny”

If the classification is based

apply strict scrutiny If the law is based on

If the law is based on

Strict scrutiny says a law must be necessary to achieve a compelling government purpose.

Intermediate scrutiny says the law must be substantially related to an important government purpose.

Rational basis test says the law must be rationally related to a legitimate government interest.

Here are some examples of discrimination cases that have been decided through the courts.

Case 1: In 1886, a time when people of Chinese ancestry were facing discrimination in San Francisco, the city required laundry business to be in brick or stone buildings unless the owner of the laundry obtains a waiver from the board of supervisors. The board has denied requests for waivers from over 200 laundry owners of Chinese ancestry and all but one request for waiver from non-Chinese owners had been granted.

No, not on its face. The law was probably passed to reduce the amount of fires caused by laundry equipment. However, the way the waivers are granted does appear to be discriminatory against people of Chinese ancestry. Therefore the law is discriminatory in

Race. The board is treating people of Chinese ancestry different from others.

Strict. Strict scrutiny requires we show that the purpose that the law serves is necessary to serve a compelling government interest. If you are the attorney for the city, you would argue that the prevention of fires in laundry facilities is a very compelling interest. You would offer evidence of the number of firs caused each year by laundries, the dangerousness of the equipment and how the fires do not spread as fast in a stone or brick building.

Second, show that the law is necessary to achieve that interest. How does the system of granting waivers for this law work? Does it consider whether a laundry business is close to other buildings (in which case the fire would spread to other businesses) or do they just look at ancestry? If there is no criteria (as appears here) than the law is not necessary to achieve that interest.

Case 2: An Oklahoma law made the drinking age 21 for males and 18 for females in 1976. Arrests for driving under the influence and drunkenness for males age 18-20 substantially exceeded the arrests for females of the same age. Youth aged 17-21 were found to be overrepresented among those killed or injured in traffic accidents, with males exceeding females in this area. Also, a random roadside survey indicated that young males were more inclined to drive and drink beer than their female counterparts.

Case 4: A law requires the race of candidates to be listed on the voting ballot next to the candidate’s name.

Students in the United States benefit greatly from studying legal history and constitutional law. Doing so can help them build reasoning and critical thinking skills, learn to assess facts from multiple viewpoints, and develop and refine persuasive writing skills. Constitutional Law and Student Civil Liberties uses situations close to students’ experiences to examine and analyze constitutional law. It both explains laws and concepts and provides numerous examples and exercises to help students absorb, engage with, and master the material. Through critical analysis of Supreme Court cases and the application of legal precedent to new facts and hypotheticals, students can gain a deep understanding of very complex areas of law and grapple with legal questions such as the following: • Does a principal of a school need a warrant to search a student’s purse? • Can school officials drug-test students who want to play a sport? • Can a sixteen-year-old get the death penalty for committing murder? • Can a college use race as a factor when deciding which students to admit? Intended for high school students, this textbook provides an in-depth introduction to constitutional law, building such skills as analytical reading, critical thinking, and persuasive writing through the study of constitutional protection of civil liberties.

Beth Bulgeron, JD, LLM, is dedicated to creating bold and equitable change in schools and communities throughout the United States. In addition to teaching constitutional law and criminal law to high school students, her work includes leading program development and designing accountability frameworks for statewide systems and creating and aligning curriculum and programmatic goals for schools, districts, and organizations. She has taught in California, Chicago, Hawaii, New Mexico, and Washington, DC.