The Measure of a God 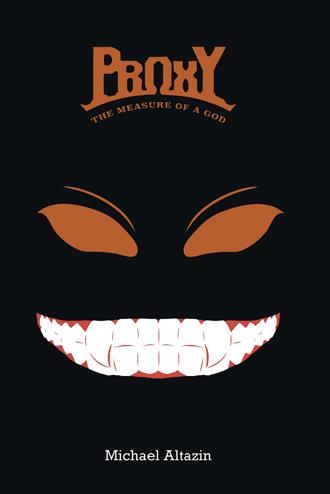 Griffin and Jet were found on the fifth level, with Griffin’s back to them as he held Jet at gunpoint. Roger’s brisk pace didn’t falter as he silently continued toward them. Desmond took a large step to his right to let some glass crunch under his foot.

Griffin turned toward the sound to see Roger’s approach. Without hesitation he fired two shots, both into Roger’s forehead.

Desmond was stunned. The distance between them was too short for even a rookie to miss, let alone someone as proficient with guns as Griffin. Two bullets had been fired into Roger’s forehead, followed by the soft jingle of two casings hitting the floor. Roger’s gait did not falter, seemingly indifferent to being shot at.

Roger grabbed Griffin by the wrist and effortlessly lifted him into the air. As the thief dropped the gun, Jet climbed to his feet.

“I told you to stay.” Jet said with a grimace. “Good thing you didn’t listen. You’re lucky he missed though.”

Once Jet got within arm’s distance, Roger threw a punch into his chest that sent him hurtling into the grill of a truck. Jet felt both pain and confusion as he looked to Roger.

“I don’t know by who, but you’ll both be chosen. Of that I’m certain. So it ends here for the two of you.”

Griffin managed one foot onto Roger’s chest and launched his other foot into Roger’s face. As with the bullets, Roger didn’t seem to care. Desmond saw the fist holding Griffin’s wrist tighten, and Griffin gritted his teeth. It was all the proof Desmond needed to know his wrist had just been broken.

Once again, Jet picked himself off the floor. Desmond was closer to Jet now and he saw there were already marks on his face from whatever had happened before they arrived. Jet was clutching his side after getting up from Roger’s attack, but still limped over to the rogue cop.

Desmond stayed rooted to the spot, justifying his hesitation by telling himself he wouldn’t be able to help anyway. He was regretting following Roger more and more with every second that passed.

Desmond felt something whip past him, and turned to see Jet was gone. Griffin’s wrist was released as Roger turned to face someone behind Desmond.

Leaning against a ruined column was an olive, somewhat lanky man in a full length gray coat and red tie. He donned a silver helmet with a small prong on the side, and in his right hand was a short staff with similar prongs at the top.

The stranger wagged his finger at Roger. “Loki, you know you’re not supposed to interfere.” He spoke in imitation of a teacher scolding a child.

Roger eyed him with contempt. “Have you been following me?”

In their lust for power, the gods from all the world’s mythologies wage war across the planet, leaving wreckage and death in their wake. Fearful no mortals will remain to worship them, the gods agree to continue their fight by proxy.

Each pantheon is to choose a single warrior to represent them, known as a proxy. The last proxy standing will become a god themselves. The rest will die, along with the gods they fought for.

Chief among these chosen warriors are the Japanese and Greek: a detective named Jet Yoshimoto, and the thief Griffin Eadi.

Michael Altazin is a paramedic in northeast Florida. His wife is hot, his credit is good, and his arms are big. His hobbies include jiu-jitsu and being humble.