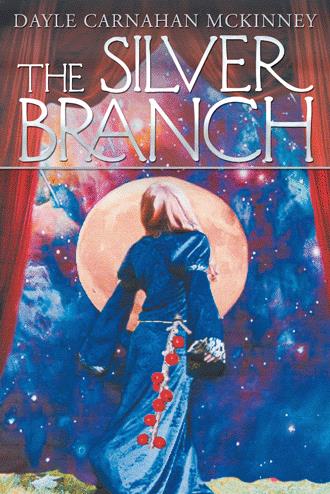 My sister, Susan, and my brother, Shawn, are the characters of Queen Ma Suit and Prince Hazno in the story you are about to read. Susan has grandchildren who call her Ma Suit and Shawn uses Hazno Dinero to sign his remarkable paintings. My brother is a comic much like our father, Brownie. My name in the story is Aria because the fairies who live in the cottonwood forest at the edge of my property told my seer friend, Jim Landers, that I am an aria like in the opera. I had to look it up because Jim and I didn’t know what it meant. It said it is an elaborate melody for a single voice. All the other people in the story are referred to by their real names except for my husband, Don, who come to think of it, really is Little Prince Emery!

My dear friend, Tim Hicks, has labeled his wife, Kimi, and I as Cuckoo For Coco Puffs. This particular story will only verify that overarching observation. Yet, it is as a proud card carrying member of the Cuckoo For Coco Puffs Society (CCPS) that I present this story anyway!

I do not claim to be an author nor do I have any inclination to pursue such an endeavor ever again. My hat is off to all writers of all times now having walked in their moccasins. But I am, as my friend Kimi pointed out, a storyteller and I found a doozy of one to tell when all I was doing was looking up my genealogy. The book presented itself as the only way to record the story while simultaneously unweaving for posterity an amazingly tight family tree and at the same time postulating an answer to the age old question of Who Am I and Where Did I Come From?

Twelve percent of Americans think that Noah was married to Joan of Arc. So if this information is not quite perfect, and believe me it can’t be, at least I took a stab at eliminating a contrived history, like that of Noah and Joan, in my own family tree. Pretty much all of the information contained in this book can be read for free on the internet. Is it crazy information? You betcha! That’s what makes it fun! Is it true? You be the judge.

The story shows up in the dates. Or rather in the lack of them when I threw them all out. In order to tell the story I was attempting to follow six separate genealogical lines back through history so as to put them all into historical context. My observations were non-sensical much of the time. I made scrolls but they didn’t match up. The further history receded, the more incomprehensible history itself became when viewed from genealogical records. Then I read about a Mayan woman in Mexico who referred to her ancestors according to the number of generations away from her, so that her great-great grandmother would be the third in a continuous line of grandparents whom she then called her third ago grandmother.

I went back to the scroll, erased all the dates and plugged in generation ago numbers instead and ‘Voila!’, it worked. Grandfathers on my mother’s side who had married grandmothers on my dad’s (this happens a lot!) ended up on a correct or plausibly correct generation number. A generation averaging thirty-three years to child bearing age gives a one hundred year timespan every three generations so that one thousand years ago my 33rd ago grandparents were alive and walking the earth. And two thousand years ago my 66th ago grandparents would have been alive and walking the earth. And we all know what happened then!

The seed of the idea for this story developed out of my utter surprise to discover not only who my ancestors turned out to be, but stranger still, just exactly when they lived and walked the earth.

On a strange night of falling stars, Aria is called to learn who she is and why. Coerced by a grandmother to leave her desert home in California, Aria embarks on an adventure of discovery.

Guided and transported by the most colorful of curiosities, back (and back) in time she travels, and along the way, comes face to face with those who forged her family.

Escorted and cajoled by kings, outlaws, druids, and damsels, Aria is made aware of truths long hidden. Lost in a land of myth, she is made fully dependent on a long line of grandparents, both kind and diabolical, who ensure her safe passage back to California after sojourns in France, Scotland, England, and Ireland, where the Beginning of Things takes place. People who share Aria’s rare Rh-negative blood populate these ancient lands. These are people who the Watchers watch.

“The Silver Branch is an imaginative ride through history written with engaging wit. Aria is an enchanting character that takes us on an exciting journey through many different modes of travel to a magical, satisfying end, which is really the beginning.”

“In the Silver Branch, Aria is called to learn who she is...and why. And on a strange night of falling stars, her journey begins. Guided and transported by the most colorful of curiosities, back (and back) in time she travels and along the way comes face to face with those who forged her family...and herself. Historical and mythical, Aria’s story will compel readers to want to hear the tales and see the faces etched along the branches of their own family tree.”

The story is a journey through intimate glimpses painting a history of cultures subtly told in generational sequences and family tales. It never lets go of being in the present, skeptical while knowing that reality and magic might both exist. The reader is taken along it all, as if told a magical story, which despite historical connections between the mysteries, it really is. The Silver Branch tells a story in changing layers more parallel than mixing, and as far-away magical as the nearness of home.

Dayle Carnahan McKinney lives in Morongo Valley, California, with her husband on Rose Eden Drive—the street named for her husband’s Palm Springs pioneer grandmother, Rose. Their home is near one of only two natural bird migration sanctuaries in America, Big Morongo Preserve. The Silver Branch is a work of fiction based on the culmination of eight years’ genealogical research by McKinney.