A Guide for Raising Responsible Kids 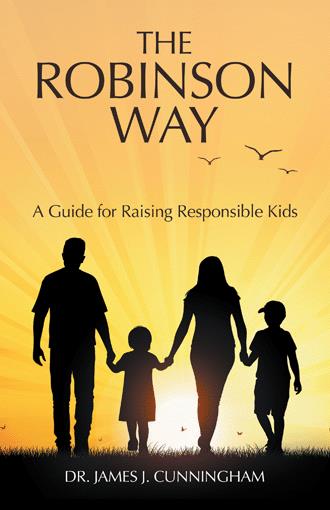 This book presents a comprehensive discussion of the parenting process. Emphasis is placed upon the characteristics, attitudes and behaviors necessary for parents in order to promote responsible behavior in their children. In addition to a thorough discussion of the concept of responsibility, other key concepts, e.g. discipline, honesty and love are discussed in detail as well. The needs for parents to be “emotionally” intelligent and the importance of the awareness of how they may become “emotionally hijacked” is emphasized. The crucial role of empathy in childrearing is also underscored.
It is the author’s belief that many parents are not fully aware of how strongly they are influenced in their parenting by their multigenerational families of origin. For that reason, a detailed discussion of families as systems is presented along with an appreciation of the structural and dynamic characteristics of families. Clear guidelines for, and the importance of, maintaining functional family systems and are emphasized. Readers will also have the opportunity to explore their experiences in their family of origin.
The importance of parents being aware of their children’s psychosocial development is noted. To more fully understand the developmental process, Dr. Erik Erickson’s theory of psychosocial development is presented along with recommendations for how parents should respond to their children during the various developmental stages.
The philosophy of Dr. Joseph Robinson and his specific recommendations for childrearing are presented in some detail. His remarkably successful career as a pediatrician for over five decades and his emphasis on the importance of parent education are a central point of emphasis in this book. Through meticulous clinical research, Dr. Robinson arrived at sound recommendations and advice for childrearing which he generously shared with the parents of his patients. I first became aware of Dr. Robinson through the comments of numerous school professionals who could clearly identify his patients. They described them as well organized and self-disciplined along with being high achieving and well-adjusted socially. As I will illustrate throughout the book, Dr. Robinson’s philosophy of “judicial neglect” is consistent with sound psychological principles and practices.
The belief that behavior is internally motivated is underscored in the presentation of Dr. William Glasser’s Choice Theory and Dr. Steven Covey’s Seven Habits of Highly Effective People. Recommendations and guidelines for parents from these sources are given. The concept of internal motivation is noted throughout the book and is very consistent with Dr. Robinson’s recommendations.
The phenomenon of “overparenting” has become a cause for concern by an increasing number of those involved in the education, treatment and direction of children, adolescents and young adults. The work of Dr. Julie Lytncott-Haines, a former Stanford dean is presented. In addition to her findings and observations, specific recommendations for how to avoid the overparenting “trap” are provided. Dr. Robinson was also very concerned with overprinting and he advised parents to refrain from this “beginning in the nursery”.
A number of additional considerations and observations from the author’s experience in working with parents, children and families are included in the book.

Raising responsible kids requires responsible parents. However, many parents, even the most devoted, lack a full understanding of the concept of responsibility and the importance of gaining this understanding. In The Robinson Way, Dr. James J. Cunningham presents a unique child rearing philosophy and a comprehensive discussion of all aspects of the parenting process.

He gives definitive suggestions and specific recommendations to enhance a child’s growth and development into a happy, productive, and successful adult. Cunningham, who has worked with children, adolescents, and families for several decades, discusses:

responsibility, discipline, honesty, and love;
intelligent parenting;
families as systems;
family of origin scale;
psychosocial development;
The Robinson Way;
choices and habits; and
overparenting and how to avoid it.

Providing a comprehensive overview of parenting from both a theoretical and clinical perspective, The Robinson Way offers an informative resource. It is designed to help parents become more competent and confident in their actions.

Dr. James J. Cunningham is a licensed psychologist and professor emeritus at the University of Scranton, PA. He earned his master’s and doctorate degree at Rutgers University. He has held leadership positions both at the university level and in community mental health. In addition to his private practice, Cunningham has consulted to a wide variety of agencies, organizations, and schools and has received numerous awards and recognitions for his professional contributions.