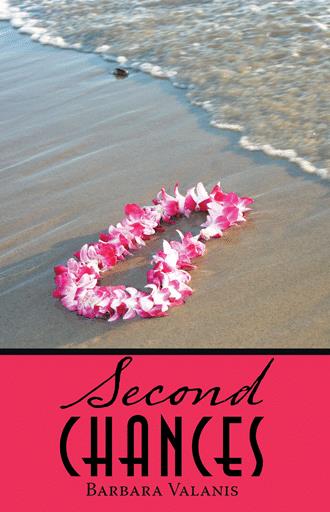 Susan was shaken when she hung up from her conversation with Monica. All indications now were that murder was indeed a strong possibility. She ought to call Walter, but it wasn't even six, so she decided to have breakfast first. She also wanted to revisit the report of the blood on the carpet with the local police but thought that she should wait until Monica had a chance to report Carole missing. She didn't feel much like eating but forced down some toasted bread left over from Walter's visit the previous evening and a cup of coffee. She decided to skip her morning walk and wait at the condo until she could safely call Walter without waking him.

Finally, at 7:00 a.m., Susan decided to take a chance on calling. Walter sounded sleepy when he answered. "Did I wake you?"

"No, Susan. I was awake, although I'm still in bed. I'm a slow starter in the morning."

"Would you rather I call back later?"

"I'm quite edgy. I called Carole's sister this morning. What I learned seems to confirm that something is definitely wrong." Susan recounted the conversation with Monica for Walter.

"I agree with you that this situation seems serious. At the least, we appear to have a missing person. I think you should wait until noon to call the police. That gives Monica time to report her sister missing. It might be best to go to the station in person and ask to speak with one of the detectives. Organize and then write down all the information that you have obtained so far. Make several copies to save the work of rewriting it later. You might need it for someone else. Mention your conversation with Monica this morning and the inconsistencies in what Bart has said. Ask if Monica has yet filed a report on her sister. Then tell the detective about what you found when changing the carpet and the fact that you had called at the time to see if you should file a report, but were told no. Let him know you kept the carpet pad, just in case.

"I hope they will want to do a luminol test for blood on the carpet pad. They may want to test your condo bathroom and nearby walls as well, if they take all this seriously. Give them Della's name and how to get in touch with her. You'd better not tell them that you got the car license number and the credit card information since what you did to get them is, at the least, unethical. I'll have my contact follow through on that as soon as he calls back. You might suggest the police contact your rental agent for additional information on the couple. The agency would probably have the credit check information from the rental application, which could be useful in determining their present whereabouts. The detective would have the authority to get that and other information from the agent."

"Would you come with me to the police?"

"I'd better not. We don't want to overwhelm them, especially since they showed no interest on your previous contact. In fact, I'd prefer you not mention me or my involvement, if you dont mind. The fact that I'm an ex-police officer might get their back up. These local officers often react to ex-officers as if we're trying to nose in and tell them what to do, especially if they know one was with a big-city police force like that of New York City. If it's just you, the detective may want to be helpful to a pretty lady so he can seem the hero by solving the case."

"My but you are cynical! I do, however, understand your point, Walter. I'll call you after my visit and report on what happened."

Walter breathed a sigh of relief as he hung up the telephone. Jim had told him to keep a low profile, so he had to avoid getting involved with the local police force. Thank heaven that Susan had accepted his rationale and that she wasn't a suspicious person. He couldn't tell her the truth now. If their relationship should ever evolve to consideration of marriage, he'd have to tell her since it would affect her life as well as his. However, at present, it was best to keep his secrets to himself. All it would take is an idle remark at the wrong time and he could have problems.

Given recent developments, he was going to find it difficult to sit tight and wait for Jim's call. But Jim had made it clear that he was not to call again. Since Jim hadn't called last night, he should be calling this morning. Walter was eager to update Jim on these recent events.

Since he wanted to take Jim's call at home, Walter decided to make a light breakfast of toast, jam, cheese, and tea. Over his meal, he settled in with the copy of West Hawaii Today that had been delivered to his door this morning. An article about the theater group in Kainaliu caught his attention and reminded him that he needed to pick up the tickets for next Thursday's performance. That way he and Susan could go for a leisurely dinner at the nearby Strawberry Patch restaurant prior to the performance instead of rushing through dinner in order to wait in the box-office will-call line at the theater. He needed to go to Captain Cook anyway this afternoon, so could pick up the tickets on the way.

Once he had finished breakfast, he called the Hapuna Prince Hotel, where Bart had worked. He asked to speak with the manager, identifying himself as Cory Sithers, an old friend of Bart's from the mainland. He explained that he was visiting Hawaii and would like to see Bart while he was here but forgot to bring his phone number and address. He did remember that Bart had told him he worked for the hotel; therefore he was calling in the hope that he could reach Bart there or get his phone number so he could call and arrange to see him. He asked the manager how he could get in touch with Bart. The manager indicated that they could not give out information on their employees but said that if Corey would care to leave his name and number, he would be happy to have Bart get in touch. Walter gave the manager the name Cory Sithers and the telephone number of an old pay-as-you-go cell phone that he maintained for the few times he made calls that he didn't want traced to him under his present name and address.

Now at least he knew that Bart was still on the island and working at the hotel. So whatever stories he had told people at the condo complex and the rental manager were not true. Why would he lie unless he was trying to cover up something? Walter was sure that Bart would not call him since he would not recognize the name. But news of the call could make him very nervous. 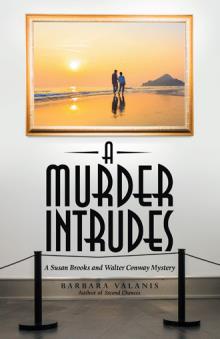 Susan Brooks is rebuilding her life after her husband of forty years dies suddenly from a heart attack. She is struggling with life alone, recovering from her loss, and establishing her new identity as a single person when she receives news from Hawaii, where she owns a condo. Her tenants, Carole and Bart Selwyn, have broken their lease. Unable to decide whether she wants to retain and use the condo, or sell it, Susan leaves her home in Seattle and heads for the Big Island.

Once there, she confronts bittersweet memories of happy times spent with her husband. All her hard-won progress is threatened until she meets Walter Conway, a widower with a shadowy past. He was once a New York City police officer, but he keeps details of his past private as he and Susan forge a relationship and share their experiences with grief.

The mysterious disappearance of Carole Selwyn, and a blood-soaked carpet pad discovered in Susan's condo, draw Susan and Walter into an investigation of a possible murder. Bart, Carole's husband, tangled in a web of his own creation with the local mob, is a major suspect. Attempts to extract retribution from Walter for past deeds threaten Susan's newfound love and her life.

Barbara Valanis is a retired professor, epidemiologist, and health services researcher. She has previously published epidemiology textbooks, as well as numerous articles in professional journals. She and her husband currently reside in Melbourne, Florida. In the recent past, they spent winters at their condominium in Kailua-Kona, Hawaii, the setting for this book.