Career Advice on Surviving in the Working World 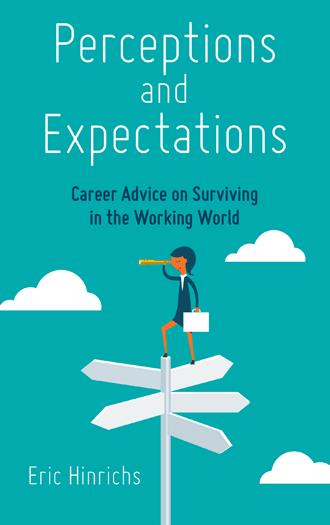 CHAPTER 7: ATTACK THE ISSUE, NOT THE PERSON

People can be obnoxious, but that’s no excuse to lower yourself down to their level where they may “know the rules” better than you.

You need to avoid personal conflicts. One should never attack the person. Let’s say you’re in a meeting and had just put forward a proposal that you felt was sound and beneficial. Then someone in the meeting retorts that your proposal was ridiculous. What’s your first reaction? You want to defend yourself, right? If the same person said, “I have some questions on your proposal I would like to discuss, as I have a different perspective,” what would be your reaction then? Most likely you would say, “Okay, what are they? Let’s hear your thoughts and we can review them to see if they have merit,” or something to that effect.

When you say something derogatory to a person—attacking the person—anyone would feel compelled to defend him or herself. They are forced to focus on saving face or proving he or she is right, and the accuser is wrong regardless of what makes sense or what is best for the company. You also put yourself in a very negative light and don’t come across as professional.

You may have also created an enemy or an opposition, and that can have disastrous consequences later in your career, especially if the person becomes a manager—or worse, your boss. Then how good would it feel to have called that idea ridiculous?

Always try to keep things professional. Sometimes people have different information or have different priorities that make what you want to do not as important as you think. It’s always best to keep an open mind—do not take things personally—and try to understand what the real issue is. Often, there is an underlying issue they’re trying to address, but they don’t know it themselves. You end up with a future ally and a professional reputation; and maybe you took a difficult issue and found an easy common ground that all can live with.

Try to keep your emotions in check and give the person the benefit of the doubt. I know we are all human and sometimes you just want to reach across the table and use your light saber (oh, how many times . . .) to make your point, but shut it off and put it back in its holster. Let the person show everyone that he or she is the one acting unprofessionally, the one being rude and inconsiderate.

In meetings, try first to understand what others want to do (and why) before presenting your idea. Going about it that way, you can gain some insight, which may help you when you present your idea and make your arguments. In the long run, this behavior may give you leverage and a much-needed advantage. After all, information is power.

After picking up trash for a dollar an hour, working in an auto store, a bookstore, a coal mine and spending time as a process engineer, draftsman, and landscaper, you learn how to succeed in the workplace.

Those are just a handful of the jobs that Eric Hinrichs has worked over the years, and he walks you through how to navigate career challenges in this guide to surviving and thriving in the professional world. Learn how to:

• boost your chances of earning a promotion; and

He also highlights why we must sometimes change our attitudes, which can be hard. The perception of who we are in the eyes of others is largely based on our own beliefs, the ways we interact with others, the ways we approach our jobs, and how we feel about ourselves.

Maximize career opportunities, improve your chances for advancement, earn more money, and enjoy your work more with the lessons in Perceptions and Expectations.

Eric lives in beautiful rural Bucks County, Pennsylvania, with his wife, Kim, and their cat, Baxter. They have two grown daughters, Kara and Kasey, who are experiencing the ups and downs of working for a living. When not writing, Eric works full-time as a quality engineer for a major corporation, where he also mentors the next generation of visionaries. Eric and his wife enjoy dining out and traveling when the opportunity arises. When not traveling or working, Eric can be found out in their woods exploring nature or cycling around the neighborhood. Perceptions and Expectations is his debut book. He hopes to write more when he retires. Eric’s wife hopes he does too so he stays out of trouble.>/p>