Because He Can’t Live in Mine 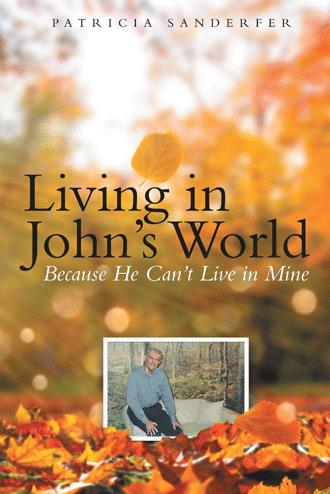 In the 1960s a young man in the state of New York joined the Air Force when all John really wanted to do was play baseball. A draft was coming for the Vietnam War and he wanted to be sure he could serve in the Air Force.
After a couple of years overseas, he was assigned to work at an Air Force base in the state of Georgia. It was a good tour and he was loaned to Patrick AFB to participate in the launching of Apollo 11.
When he returned back to Georgia, he met a girl and fell in love. She was forbidden fruit in 1960s; Pat was nine years older than him, divorced and had a child by a previous marriage.
Still the romance was intense and grew into an everlasting love.
After his tour of duty ended in the Air Force, he returned to New York with a promise to return when he could find work in Georgia. It took a year before he got a job back in Georgia as a civilian Air Traffic Controller.
The year was a cooling off period and Pat reluctantly urged him to date other girls his age to be sure he still wanted to marry her. They could still see each other.
He was making more money than he ever thought possible, sharing an apartment with a couple of young men his age and having a great time. Pat was just a few miles away and he could still see her. Everything was right, they thought.
The first girl he dated became pregnant. This ended the romance between John and Pat, but not the love.
By the time he was divorced, a few years after the baby was born, Pat was involved in a new romance with a man 6 years older than her, the Base Commander of the Air Force Base.
This seemed to be the way it was for many years to come, neither of them free at the same time. Still they stayed in touch and saw each other occasionally.
When she found out John had early on-set dementia while he was still in his late forties, the age difference no longer mattered. She vowed to make sure he was alright and happy in the time he had left.
The inevitable happened, they fell in love again. After a while they were married so that she could care for him and because the first love they felt was burning brightly again.
A heavenly light guided their way, giving warmth and comfort to a path that that was sometimes steep and rocky, but often filled with love and laughter.
After eleven years, John was free at last from this terrible disease that held him captive and slowly took away his health and his life.
Now it is time to share the story of this journey to as many people as possible who are beginning this journey and the people who love them.
Hopefully, someone who reads this book who is beginning this journey or lives in fear that one day they will have to, can benefit from the things they did right and the things they could have done so much better.

In the 1960s, a young man met and fell in love with a woman nine years older than him. After Pat reluctantly encouraged John to date women closer to his age, the winds of time took them down different paths. Neither would be free at the same time for years to come. Still, they stayed in touch and saw each other occasionally. But everything changed when John was diagnosed with early onset dementia while in his late forties.

As the disease slowly invaded the mind of this amazing, intelligent man, Pat reveals how she and John joined hands and hearts and decided to make the journey together. As they fell in love again and married, a heavenly light guided the way, providing warmth and comfort to a path that was sometimes steep and rocky, but often filled with love and laughter. While disclosing experiences that tested her inner-strength and perseverance over the next eleven years as John struggled and eventually succumbed to dementia, Pat provides reassurance to both caregivers and patients that they are never alone in their journeys.

In this powerful and heartfelt memoir about second chances, love, and resilience, a widow chronicles her experiences over eleven years as her husband battled dementia.

Patricia Sanderfer loved and lived with her husband for eleven years while he battled early onset dementia. She hopes that by sharing her story that on the same journey will find comfort. Patricia currently resides in Macon, Georgia. This is her first book.