YHWH AND THE SACRED SECRET 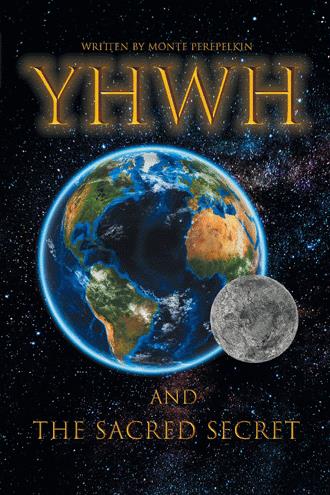 Throughout my adult life, I have often been regarded as a straightforward person who does not mince words. In that same breath, however, let me say it’s not my intention to offend anyone. I respect what other people believe and have never discriminated against anyone. My hope is that you will appreciate the straightforward approach in which this book is written. Regarding any conclusions that are drawn, I have done my best to provide reputable sources to back up each one. And to eliminate bias, when referencing the Bible. I quote from over 50 different versions. Furthermore, the information in this book is not based on conspiracy theories or religious propaganda. The evidence is factual and it’s presented using clear and simple logic. My motivation to write this book comes from an honest and sincere desire to help people understand what the Bible genuinely says about the future of humankind.

To fully absorb this information and realize how it affects you personally, however, you will need to put aside tradition, what creation deniers have influenced you to believe, and the loyalty you might feel toward your religion. And please be inclined to verify every source of information in this book. Do not simply take my word for it. Prove it to yourself.

Chapter 1 will begin with answering a question that for many years frequently consumed my thoughts: Is there a God/Creator? With the various calamities that befall individuals, families, cities, and even entire countries, I could not help but question the likelihood of a Creator. After all, He exists and we are His creation, then why wouldn’t He help us prevent the atrocities taking place in this world? This mind-set made it easy for me to argue that the notion of a God was based on fairy tales and fantasies invented long ago by unintelligent humans to explain many things they simply could not understand or make sense of. Take, for example, thunder and lightning. Every time the sky rumbled and lightning scorched the earth, many of our ancestors believed God was angry. For this reason, I even went so far as to conclude that anyone who believed in God lacked intelligence, equating faith with an inability to embrace mortality. I can distinctly recall arguing with my stepdad, Bill, that his belief in God was bases on his need for hope. Out of fear, bill simply needed to believe in something after death. Well, here I am, twenty years later, fully convinced there is a God/Creator.

So, what finally convinced me? Even though religion would seem like the most likely candidate, I was, and continue to be, bitterly opposed to the widespread corruption found within most religions. Instead, my resolve in accepting a Creator was first established through science. Then, after accepting that science undeniably proves there is a Creator, I felt compelled to proceed with an honest, unbiased, systematic evaluation of the Bible. That was when the answer became painfully obvious as to why out Creator has not yet stepped in to help us out. However, before we answer that question, let’s first establish—through the lens of modern science—that there is a Creator. Fair enough?

There is a Creator! This is the simple truth that is revealed within YHWH and the Sacred Secret. Through careful application of science and logic, as well as a comprehensive evaluation of the Bible, the truth about our Creator and what He has planned for the future of humanity is presented clearly and without religious bias.

More than fifty different Bible versions are used to reveal how virtually every translation in print today delivers the same message about humankind's future, one that nearly every religion on the planet has failed to teach. From Genesis to Revelation, YHWH and the Sacred Secret offers the reader a modern interpretation of humankind's instructional manual: The Bible.

Whatever your background—Christian, atheist, creationist or evolutionist—this book is a must-read for everyone.

All profits that go to the author from the sale of this publication will be donated to helping the homeless.

On February 12, 1999, shortly after my thirtieth birthday, I was seriously injured while racing arenacross. The injury left me paralyzed from the neck down. However, to say I’ve lived an eventful life, both before and after my injury, would be an understatement. Before I was even two years old, I was backed over by a car while playing in my babysitter’s driveway. Fortunately, and by no small miracle, I escaped the incident more or less unscathed. My journey through life continued with my parents’ divorce not long after my second birthday—after which I lived with my mother and had very little contact with my biological father. After moving around for the next three years, my mother remarried and we finally settled down in a small town in Saskatchewan. That’s where our family lived until I reached adulthood.

Despite having the valuable life experience of growing up in a small farming town, I dropped out of high school in grade eleven, became a three-time convicted criminal, and even did some time in prison. Then, after deciding it was time to clean up my act, I went on to enjoy a brief encounter with what I believed was the perfect life. I was a competitive motorcycle racer and a successful finishing carpenter with a gorgeous wife and two beautiful daughters whom I loved and cherished. To top it off, I had just finished building our dream home on an acreage outside of Calgary. I truly was living what I believed to be the perfect life. Then, within the blink of an eye, my perfect little life vanished in a motor cycle accident that left me a quadriplegic.

During the process of clawing my way through a dark forest of loss and adversity, however, a thirst for knowledge was ignited inside me. That thirst has taken me further in self-discovery and brought me to a greater understanding of human existence than I could ever imagined.

My initial motivation during this thirst for knowledge was to prove to myself there was no such thing as God and that the Bible was fake. But that didn’t work out quite as I expected. As truth after truth and fact after fact were uncovered, my resolve slowly reversed course. After ten years of secular and biblical research, for the first time in my life, everything made sense.

Although my life as a quadriplegic may at times resemble what some people would call a nightmare, I have come to realize it is a gift. As a result of having long intervals of free time with nothing more than my thoughts to occupy me, I would concede that being paralyzed has taught me the most about life. And I am eternally grateful to have had the opportunity to experience this journey. Without it, I never would have come to learn what I now know. Quite honestly, I consider it both an honor and a privilege to share what I have learned with you. The irony is that I’m writing this with a stick in my mouth, typing it out one keystroke at a time. My only agenda in writing this book is that you take the time to read it to the end. Afterward, what you do with this knowledge is up to you.