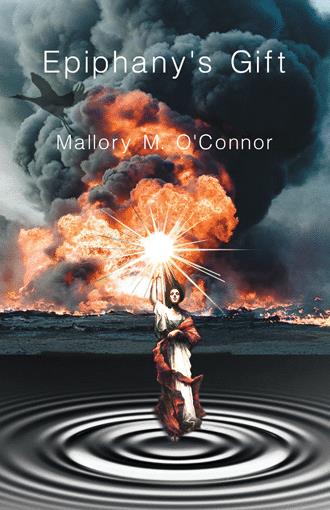 Lily Dale changed everything. It was there that she met Albert, a psychic who was teaching a workshop on “astral projection.” He didn’t use a last name. Just Albert. He was short and stout with a black fringe of hair that ringed a bald dome. His thick glasses dominated a face that was almost dainty: a snub nose, rosebud mouth, little pointed ears. She marveled at his diminutive hands and feet. By the time she finished the workshop, she knew what her next step had to be.

And so she  walked away from the riches of New York City and the life she had built there—away from the museums and galleries, the concerts and plays, her friends and colleagues in the art world. Left her husband Lloyd and took their nine-year-old son Michael with her, and moved to Watoolahatchee, a small Spiritualist community in Central Florida, to begin her training as a psychic medium.

Watoolahatchee—a village of quaint little houses, many dating from the late 1800s, each with its own patch of yard, where the tallest things around were not the towering glass and steel skyscrapers but the massive Florida live oaks. Where the air smelled of orange blossoms and the dark moldering scent of rotting vegetation, and the quiet of the night was interrupted only by the garbled arias of the mockingbirds and the barking of the tree frogs.

In Watoolahatchee she bought a house, made new friends, became as rooted in the community as the ancient oak trees, as attached as the drifting veils of Spanish moss. She had lived there for well over thirty years.

She had never re-married, though she had enjoyed male companions now and then. Mostly, she concentrated on her work—the clients who came to her for readings and advice, the lectures and workshops she gave, the needs of her family—her son Michael and his late wife, Shannon, and her precocious little granddaughter, Madison.

Had she made the right choice? Had she been fair to her son? She had taken him away from the things he loved—his father, his music lessons at Julliard, his small circle of friends. But he had done well in his new home. Continued his music lessons. Granted, Stetson University wasn’t Julliard and Lincoln Center wasn’t a few subway stops away, but he had persevered. Finished college, gotten a good job, met and married a wonderful woman, had a beautiful daughter. Did Epiphany ever miss New York? And Lloyd? Of course she did. But the past was what it was. She had made a life for herself, a life that was true to her beliefs and her talents. A life that honored her gift.

Psychic medium Epiphany Mayall lives and works in the spiritualist community of Watoolahatchee, Florida. When she schedules a trip to her childhood home in Ohio to visit her aging mother, Epiphany has no idea she will soon be swept into a maelstrom of natural disasters, theft, and murder.

Dr. John Bernhardt, Epiphany’s former art history professor and mentor, believes regional fracking operations are responsible for the recent earthquakes. After identifying a secretive petroleum company as the perpetrator, he wonders if the environmental disasters are somehow connected with the disappearance of a drawing from a local museum. Twenty-four hours after he writes an article about his theory, he is found dead of an apparent heart attack.

When John’s ghost appears to tell Epiphany he was murdered, she becomes determined to find his killer. Aided by a former FBI art-crimes investigator and an eccentric artist, Epiphany must use her psychic skills to locate the missing art and identify the killer. Unfortunately her efforts to bring the guilty parties to justice are thwarted. Even a state senator cannot help. As the earthquakes escalate, Epiphany must decide whether to continue her battle for justice or suspend her investigation to protect her family.

Set against a backdrop of psychic phenomena, corporate corruption, and global climate change, Epiphany’s Gift illustrates the perennial battle between good and evil.

Mallory M. O’Connor holds degrees in art, art history, and American history from Ohio University. For twenty years she taught art history at the University of Florida and Santa Fe College. While writing the first of several books, Mallory became interested in psychic archaeology and phenomena. Now retired, Mallory resides with her artist husband, John, in Micanopy, Florida. Epiphany’s Gift is the first in her new series of psychic/cli-fi novels.