by Ebonie McBrayer & With Jocelyn Estes 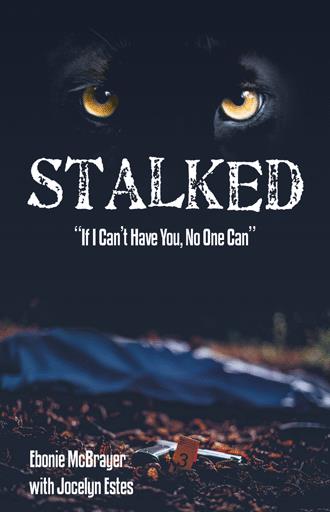 If you love a little sneaky, jealously, and hardcore betrayal in your romance. Lets not forget crazy, psychopathic behavior. Then you would love to read Stalked.

It is 2014 as four friends travel to Myrtle Beach on spring break to seek independence for the first time in their young lives. As Amanda, her twin Allen, Kerry, and Michelle have the time of their lives, they have no idea that a tragedy is looming on the horizon that will leave one of them hateful, jealous, and out for vengeance.

Three years later, Michelle is a makeup consultant who is full of confidence, self-love, and memories of the awful night that changed everything. When she takes her best friend, Kerry, on an all-expenses-paid trip to Texas, Michelle meets what she thinks is the perfect guy. Unfortunately, he is entangled with a woman who refuses to let him go and will do anything to keep him. Meanwhile, Kerry has been by Drake’s side through thick and thin. When she learns he has been harboring a dark secret, Kerry must decide whether to forgive him or get back at him. As both women battle their separate challenges, Amanda slowly unleashes her anger at the one unlucky soul she blames for everything.

In this romantic thriller, a circle of friends becomes entangled in memories of a night gone wrong as one embarks on a journey to seek revenge while the others attempt to move forward.

Ebonie McBrayer was born and raised in a small town in Arkansas and has seven brothers and sisters. After finishing school, she moved to Atlanta to pursue her dream of writing and singing songs. She moved back to Arkansas, joined a church, and sang in its choir. Ebonie and her husband, D’Angelo Fields, have three children Joshua, D’Angela, and D’Nazjah Fields. She continues to remain humble and pursue her dreams.

Jocelyn Estes grew up in North Little Rock, where she continues to live with her children. After graduating from Remington College, she became a dedicated medical assistant. Her first book, Ten Toes Down, was published with author Aaron Lovelace in 2012. In 2018, she decided to again pursue her love of writing. This is her second novel.