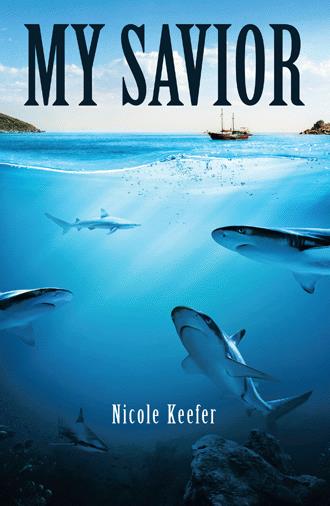 It had been two weeks to the day since my best friend Ethan's little sister had gone missing. Therefore, when my friend asked me to come to his parents’ home in Key West, I could not turn him down. Being an ex-soldier, part of my ethos was to never leave a fallen comrade. So when I was asked to help my friend’s family continue the search since the coast guard had told them that they should accept that Danielle was lost, it was a no-brainer. I would help. I had never met Danielle but how could I turn my friend away when he knew I might be the best chance at finding her alive? Each morning, Ethan, members of Ethan's family, and I took off in different directions of the ocean since we had no idea which direction Danielle had taken that day. My main concern was that she ended up in the Everglades. Would she be able to survive being stranded among all those predators that called the Everglades home? Ethan said that Danielle was a survivor. I prayed that he was correct.

I had been searching either with the family or by myself since coming down to Key West. I was hoping that today would be the day for a lucky break. The weather station was calling for a storm and I was worried that if she was still on her boat, that it would not make it through the storm. This was hurricane season, and if a hurricane decided to hit now, that might end our chances of finding her. The sun was starting to set, and that would make searching difficult, if not impossible, so I decided I needed to stop for the day. Just as I was turning the boat around, something caught my eye. It was a little flash off in the distance.

There looked to be a little island about a mile away, but people had searched many of the islands in the last couple of weeks. What were the chances that this little island could be where Danielle was? I knew I was getting low on fuel and was already cutting it close just getting back to the dock, but I had to know. How would I ever be able to forgive myself if she was there and I didn’t go check?

As I got closer to the beach, I slowed down. The last thing I wanted was to get the boat stuck in the shallows and not be able to pull out quickly if I happened to find Danielle. I was able to get the boat to only about fifty feet from the beach before it was getting too shallow, so I decided to drop anchor and swim the rest of the way in. My feet did not even hit the water before a woman was running from the cover of the trees and yelling one word. Shark!

I don’t remember ever moving so fast. I quickly got back into the boat and looked all around, but there were no sharks in sight. I looked back to the beach, and the woman was on the ground. Jumping into the water, I swam for the beach with all haste. Once I reached the woman, I knelt and felt her pulse. It was rapid, so she must have only fainted. The woman lying on the beach was badly sunburned, her skin was tight, and she had dark circles under her eyes. Could this woman be Danielle? After scooping her up, I moved her to the shade of the trees where she just had come from.

It was only a matter of minutes before the woman started to stir. I watched her slowly open her eyes, looking around as if she did not know where she was. I helped the woman to slowly sit up. She did not seem to remember I was even there. I slowly moved into her line of sight, keeping my eyes on her the whole time. “Take it easy,” I said slowly so she would not become spooked. The woman jumped to her feet and turned to face the voice that she just heard. It seemed like forever that we just stood there and stared into each other's eyes. I came to my senses first. "Are you Danielle Hopper?"

Can this be real? Did they not give up on me?

"How did you know my name?" I could barely get the words out because my throat hurt so much from the lack of water. I couldn’t stop staring at this man standing in front of me. And my god, those eyes. They were the kind of eyes that made me feel like they knew all my secrets. They were a light gray, and gorgeous.

He seemed content to stand there and stare back at me, I even caught him looking me up and down. He was the one that finally broke the silence. He took a step closer to me, all the while keeping our eyes locked, and his hands out at his sides. "Your family has been searching for you for weeks, I’m Steve Calhoun, I’m friends with your brother Ethan." Before I knew what I was doing, I jumped up at this stranger and threw myself into his arms. I was just so happy to have been found and no longer alone. Normally I consider myself a strong person, but now I was unable to stop the tears from rolling down my face. I thought I was going to die alone on this island. My prayers have been answered. They have been answered by a gorgeous man named Steve.

Danielle Hopper has not had an easy life. When she decides to take a solo boat ride on the Atlantic Ocean one day, she becomes shipwrecked on a tiny island near Key West, sending her life once again into a downward spiral.

Steve Calhoun is a bullheaded military veteran who has been recruited by Danielle’s brother to help find his sister. When he finally locates her after a two-week search, Steve attempts to stay distant, but then quickly realizes his attraction to the shipwrecked beauty is undeniable. Meanwhile, Danielle decides she is willing to do whatever it takes to break through his rough demeanor. But what neither of them knows is that someone wants her dead—and will do anything to make it happen. As a mystery unfolds, now only time will tell if Danielle will survive long enough, with Steve’s help, to realize the happy ending she has always dreamed of.

In this romantic adventure, a young woman and her brother’s heroic best friend become intertwined in romance and a mystery that leaves them both wondering who really is the savior—him or her?

Nicole Keefer is a writer whose military experience and educational background in criminology and forensic psychology provide her with vast inspiration and insight. When she isn’t writing, Nicole enjoys spending time with her family. Nicole lives in Indiana with her husband and daughter. My Savior is her debut novel.