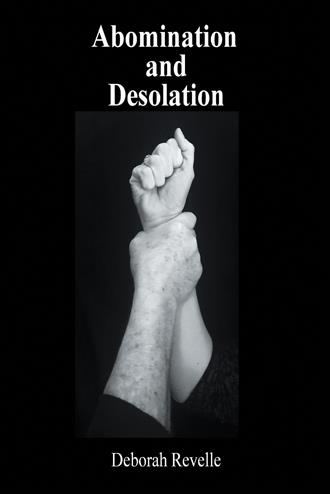 Caroline awoke bleeding in a ditch. She felt pain! Pain she had felt before, pain from being beaten. She had feared her life would end this way. She couldn’t remember the details of this attack, but her memory was very clear on all the other attacks her ex-husband had inflicted on her. The broken bones, bruises, and the feeling of helplessness. This time was different. She had been left to die. Her eyes were swollen shut, but she could make out her surroundings by the smells. She smelled dirt, trees, and garbage. She surmised she was in a wooded area. The ground was muddied from the blood pouring from her chest. She could feel the knife wounds under her breasts. She tried to scream but the familiar swelling in her throat from being choked prevented her to voice from working. She was surrounded by silence, so she must be far from anywhere and anyone. She had predicted her life would end like this. She had done all the correct things to prevent this, but none of them had worked. Now she lay dying, her children were either being held by her ex-husband, or already with social services. They would end up in foster care when it was discovered that their father had killed their mother. Tears mingled with the blood on her face. They stung the open wounds and her split lip. She slipped back into the comfort of unconsciousness. Caroline had married her ex-husband two years out of high school. She was working as a waitress and he was a regular customer. He always made polite conversation and left her a big tip. After a few months he shared information about himself with Caroline and asked her for a date. At first, she refused. But he continued his pursuit and wore down her reservations. Caroline had no family. She had been raised by foster parents in many different homes. And while they were good people, they never felt like family. Her first memory of foster care was vague, but as she got older and moved, more often, the memories became implanted in her brain, never to leave her. She was placed in her second foster home because the man in the first foster home was an alcoholic and beat his wife. When the social worker showed up one day unexpectedly and saw the wife’s black eye and split lip, she immediately moved Caroline into a different home. But Caroline never forgot the smell, the fear, and the rage she had experienced. She finally was put with an older couple that had other foster children in their home and was able to stay there until she graduated high school. As other children came and went from the home she was in, she heard horror stories from them of the awful foster parents they had experienced. Caroline knew she should feel fortunate to finally have been placed in a good home, but she longed for a family she could call her own. When she reached the age of eighteen, foster care ended. She had a high school diploma, a small suit case, and no plans. She took the first job she could get and had been waitressing ever since. Her ex-husband’s name was Trevor. He had no family either. This fact helped them bond. He was a mechanic at an auto parts chain, and she found herself depending on him more and more. He also had dreams of creating a family and he wanted to do that with her. Although Caroline looked back and realized she had not been in love with Trevor, her desire for a family and stability weighed heavy on her. He appeared to be a hard worker and was good to her, so she married him. There was no wedding, just a court house justice of peace, and then back to work for them both. She moved into Trevor’s apartment because it was larger than hers, even though it meant a longer bus ride for her to get to work. That bus ride also made it later for Caroline to get home and have Trevor’s dinner ready when he got home. She sensed his anger at this and switched jobs. She was able to get another waitressing job, one that was closer to where they lived. This meant leaving all the friends she had made at her old job, but she was glad to do it because it gave her and Trevor more time together to pretend to be a family. She was pregnant within the year. She and Trevor were both excited. Finally, they could be a true family and have what neither of them had before. Caroline worked throughout her pregnancy and only took a week off when the baby was born. Trevor was visibly disappointed that the baby was a girl. Caroline just shrugged it off as a man thing and was delighted in being a mother. She found an older lady in their apartment building to watch baby Elise while she was at work. She was happy. Trevor was eager to have another child quickly, hoping for a boy. Caroline obliged, and they were joyous when Ethan was born the next year. Trevor doted on Ethan but ignored Elise. This was Caroline’s first red flag that Trevor was not the man she thought he was. But not ever seeing a marriage from its beginning, she assumed all couples had these minor issues and ignored the red flag. 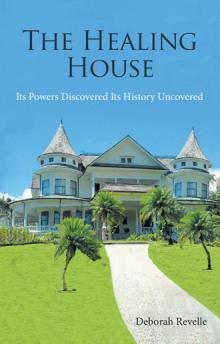 A book can teach us, scare us, enlighten us, and inspire us. This book will do all of these things. It is a stand-alone book that speaks of an unspeakable part of our society. The abuse and trafficking of women and children. It was born out of the ending of my last book “The Healing House Its Powers Discovered Its History Uncovered” and the awareness of the need to shine a light on the abomination of the century; slavery, human rights, abuse, and help for those enslaved in this global problem. As an author, I hope to make people of all ages alert and aware. Therefore, while the stories are horrific, the explicit details of some of the abuses have been sanitized.

Author, world traveler, teacher, humanitarian, and speaker, Deborah Revelle earned her BS degree at Samford University and her MA and Ph.D. at Trinity University. Deborah has attended and been a speaker at many workshops including a NAFSA workshop at Harvard University, and a MENSA workshop in Chicago. She received the Key of Success Award for Global Relations. Deborah was selected for inclusion into the Millennium Edition of the Who’s Who of American Women (inclusion is limited to those individuals who have demonstrated outstanding achievement in their own fields of endeavor and who have, thereby, contributed significantly to the betterment of contemporary society). The author has many awards and honors including being a Lowell Mason Fellow recipient and being named the YWCA Woman of the Year for Lake County, Illinois. Deborah has also been awarded the International Order of Merit, the International Order of Ambassadors, the International Peace Prize, the Presidential Seal of Honor, The author has witnessed abuse. She has seen the fear in people’s eyes and the demeanor that one has who is locked into modern day slavery. Some chains are not metal, they are mental.