Breaking All the Rules 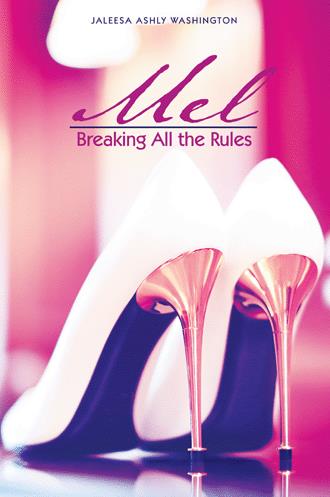 Rob was waiting at the valet when I arrived back home. At this point his tie was off, his top three buttons were undone and he looked more delicious than he did four hours ago. He came over to open my door and extended his hand to help me out. Which I needed! I had more glasses of wine than I remembered and took four shots of Remy Martin for the team. I extended my hand and did what I promised I would never do to any man when I’m tipsy, I made eye contact. That normally ended in me jumping a guy’s bones and sending his ass out the door first thing in the morning. I wasn’t the type a chick that became emotionally attached to any man. I wasn’t one to cuddle and boo love after a night cap.

“Are you ok Ms. Barr?” he asked. He still smelled so good. How in the hell can you still smell this good after working all damn day? “Yes, I’m fine. Just had a little too much fun tonight I guess.” I replied. “I got you.” And that’s when it happened. I looked him directly in his eyes and it was as if he saw through to my soul. “Let me take you up.” he said as he signaled for another valet attendant to come and get my car. He helped me out of the car, put my purse on my arm and slowly slipped his hand pass the curve of my lower back. At that moment, I gasped for air. Not because of the libations in my system but because it felt so damn good and I didn’t want it to.

We got into the elevator and said nothing. Was he just doing his job? Or was his intention to do me? Either way, I didn’t give a damn. He put the key in the lock, opened my front door, and gently laid me across my three- piece sectional sofa. “Are you ok?” he whispered. I nodded yes because anything other than that would have got me pregnant. He walked down the hall of my condo to my powder room. He was gone for about three minutes. Thought for sure he was just “freshening up”. Then I vaguely heard him looking for a glass in the kitchen. He came back with a small red and white pill and a glass of water. “You are going to need this. Take it. It’s Tylenol. I got it out of your medicine cabinet. Sit up for me.”

Today Mel is all about diamonds, designers, fancy cars, and random rolls in the hay. While trying to dodge bullets related to her dysfunctional family and the secrets they harbor, Mel decides she doesn’t have time for a serious relationship, especially with a man without money. But everything is about to change when fate leads her to a handsome valet at her loft. Although Rob is fine as wine with the body of a god, he is far from her dream man. Does Rob have the magic potion to sweep Mel off her feet and make her forget about his bank account or will it take Gucci, Prada, and Michael Kors to dig her out of the ditch life has thrown her in?

In this contemporary romance, a successful entrepreneur must attempt to put her past behind her when she meets a gorgeous man who causes her to question everything she has ever wanted.

Jaleesa Ashly Washington is a liver transplant recipient who has always had a passion for writing. She holds a bachelor’s degree from Lancaster Bible College. When Jaleesa is not writing, she enjoys binge watching comedies and cooking for those she loves.