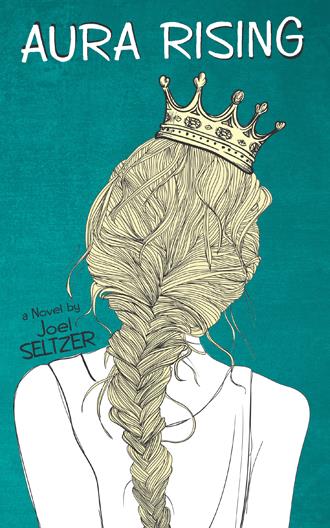 Aura Rising is the story of super-charged success, fame and fortune and the perils of too much, too soon. Her comic rise and fall, a cross between Tropic Thunder, Duck Soup and People magazine begins when precocious Aura, a teen from a small town in Minnesota, catches a lucky break while visiting Disneyland with her folks. With the help of her over- the- top agent, Samantha, a bit role in a two bit summer replacement TV series, launches her on a rocket ride to super-stardom. This dizzying journey filled with dark humor and irony is not without cost as Aura tangles with agents, legal sharks, studio heads, and cutthroat columnists all eager to extract their piece of the golden goose.

Aura’s rise to the glittery top of the world and disastrous downfall thanks to a jealous celebrity writer is all part of the game of stardom and as predictable as gravity. But her solution to bankruptcy, disgrace and the ignominy of jail is anything but, thanks to a clever, down on his heels lawyer who finds an ingenious way for her to avoid a prison sentence.

How Aura’s plea deal gets her to the impoverished African nation of Zambonia to help save the country’s orphans, find love and ultimately earn redemption while single-handedly saving her adopted land battling the treacherous Commander Zero and his rebel tribe, the Du-Du’s is the stuff of fantasy and comic legend. It is an almost true story with an ending not to be believed.

Joel Seltzer is a practicing attorney and author of six books and four plays. He currently lives and works in New Jersey, where he is finishing up an action adventure screenplay about the plot to assassinate Winston Churchill during World War II.