by Stuart I. Forman 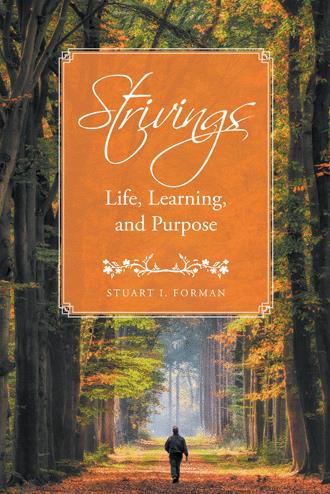 “Of course, as a twenty year old new graduate in 1968, working at a state mental hospital was quite shocking. The conditions there were not what one might call ideal for recovery from mental illness. Placement into the community was a very hard job. The out-patient system was not fully capable of receiving so many people with such profound disturbances. There were not enough nursing homes or halfway house beds to accommodate the numbers of people to be let out of state hospitals. It was quite rigorous work.

Working conditions were tough on staff as well as patients. The armamentarium of drugs for mental illnesses was somewhat limited. The number of staff was limited. The wards seemed crowded. Everyone did the best they could, but resources were strained, staff were tired if not over-whelmed and many patients were not ready to leave the hospital.

One patient who deeply impressed me was an Italian fellow who had been in hospital since prohibition (it was 1968 when I worked there). His condition was listed as “catatonic schizophrenia”. His chart was one long list of “no change” notes. He stared out a window with bars on it. He never talked. He was now elderly.

I noticed that he had a yellowed Italian newspaper in his back pocket which he occasionally would take out and read. So, one day I said to him, “Comesta?” He smiled at me and said, “Bene.” “How come you don’t talk to people?” I asked him in my fractured Italian. “No one speaks Italian here”, he answered. Lucky for both of us that I had grown up in a community of two ethnic groups – Jews and Italians.

This old fellow had been arrested during prohibition for making wine. He had come to America for a better life and wound up de facto imprisoned in a mental hospital. This was during a time that the Commonwealth of Massachusetts had a very bad record with Italian immigrants. The Saco- Vanzetti case had brought the plight of Italian People in Massachusetts to public scrutiny (my grandfather had worked with them at the shoe factory in Brockton and had been a witness at the trial).

He wrote me long letters in Italian which my supervising psychiatrist (who spoke both Spanish and Italian) would translate for me. I tried hard to find this guy’s family. The Italian Consulate helped, but was not able to locate any relatives. I set him up to go to an Italian nursing home. He was so happy. He thought about playing bocce again.

The day I went to pick him up for his placement, he died.

I was devastated. I had put a lot of work into this “case” to improve his life and right the wrong done to him by a blind and impassionate state system. I failed. Perhaps this feeling was based on childhood omnipotence to believe that I had enough control to right an egregious wrong. There is a Zen saying that the boundary of your control ends at your skin. That was a hard lesson to learn. It was hard to accept this man’s death before he could find some peace. Yet, he had hope at the end of his life. Perhaps hope was the only salve I could offer.”

“…I have often wondered if my patient had thought that he might have been a victim of a series of accidents. Or, did he just think that the system was unfair and abusive. I cannot ask him. I still mourn him to this day and my experience with him made me an ardent worker on behalf of the obligations that we hold for those less fortunate or disenfranchised.”

After surviving a series of life-threatening illnesses, the author’s physician posed to him the question, “Have you been a good man?” He wanted to know whether Stuart I. Forman’s good fortune was a reward for living a good life. Strivings is the author’s answer to that question.

Forman traces his life through the platform of literature, highlighting fourteen books that have guided the way he lives. In examining each book, he seeks to answer questions such as:

• What does leading a life as a good person actually mean?

• Are there really rewards for striving to lead a good life?

• How did Judaism affect the life the author chose to strive to live?

From Wasp by Eric Frank Russell, to An Elementary Textbook of Psychoanalysis by Charles Brenner, to The Wisdom of Laotse by Lin Yutang, and other books, the author explores the ideas and lessons that have had the most impact on his life.

Everyone would like to be remembered for good and helping others live a better life. This book presents one man’s journey toward trying to live such life.

Join the author as he shares lessons learned over seven decades of winning, losing, and learning.

Stuart I. Forman has had a career of over fifty years as a licensed psychologist, health care executive, organizational consultant, author, and educator. He has been the recipient of numerous recognition awards at the local, state, and federal levels. Tens of thousands of people have received health care due to his efforts. He lives in New York state with his wife and four dogs. He has three adult sons and seven grandchildren.