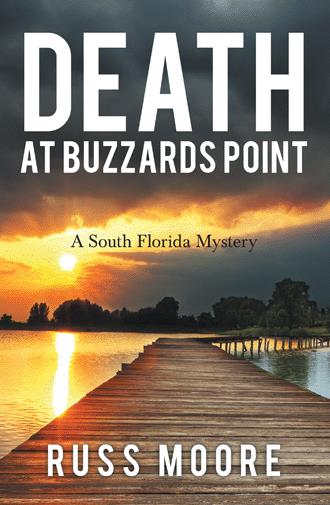 Theo's hands shook slightly. He was a sniper used to killing men at a distance in carefully planned ambushes. This woman was not part of his plan. She sank to her knees in front of him as he stepped back again realizing that his bullet had severed the femoral artery of her leg. She clasped her hands to her leg and looked him in the eye.

“I don’t have long,” She said easing to the floor, “And we are too far away from any medical attention to help me.”

It is the 1960s as drugs and gambling transform what was once a quiet cattle town into a shooting gallery.

Theo is a seasoned hitman who has become used to lying in silent wait for his next victim. After he murders his latest target and disposes of his body in the Everglades, two young law enforcement officers and a crusty retired sheriff begin investigating. After Sheriff Charlie, a living legend in South Florida, partners with his less experienced counterparts, detectives Dale Norris and Clem Winke, they begin to unravel the motive for the murders of some of the town’s leading citizens. While their investigations take them from the small town of Davie into the dark hole of organized crime plaguing South Florida, Theo falls in love and quietly plans his next murder. Will the sheriff and his counterparts be able to find the killer before he strikes again?

In this murder mystery, three South Florida law enforcement professionals must partner together to find and stop a determined hit man before he takes out more innocent victims.

Russ Moore is a veteran newspaper and magazine publisher, writer and editor.

Death at Buzzards Point is his first novel.

His short stories were published in P’AN KU magazine, Fiesta Magazine and The Banner News.

His work as a writer, editor and publisher has earned him national recognition. As editor of P’AN KU magazine the magazine was rated number one by the Columbia Press Association. He was recognized as one of the top 25 young business people in the nation for his work as publisher of the Banner News.

The publications that he has worked in as Writer, Publisher and Director include Fiesta Magazine, The Banner News, The Miami Herald and the Sun Newspapers.