by Misty A. Hull 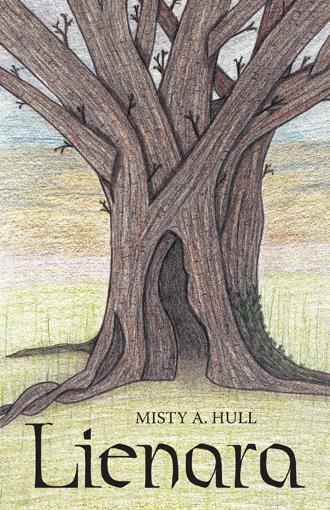 Karen and Brad entered the barn. Karen looked around but she didn’t find anything unusual.
“What is so scary that they don’t want us in here? You and I both know not to mess with someone else’s tools or sharp objects. So why would they act so suspicious about us being in here?” asked Karen.
“My point exactly.” said Brad “Hey, I got an idea, let’s look around, we might find some cool stuff.”
“What, in here?” asked Karen.
“Yeah, no telling what old things we could find,” said Brad.
“This is the same way you acted about the old Johnson house down the street back home. Dad told you to stay out of there, but did you listen, no, and you fell through the floor and scraped up your arm. Your just lucky that you didn’t get seriously hurt.”
“Remember all the neat books I found you, and all the cool toys that got left behind,” said Brad.
“Alright,” said Karen with a sigh. “But you’re to blame if we get in trouble.”
Brad climbed the ladder to the top of the hayloft. There he could see the whole barn. Back in the far corner of the loft were several trunks. Some of them looked really old. Brad started to open the largest one when he heard a rustling noise from inside. He hesitated for a moment to listen. Nothing happened. He decided to open the trunk slowly hoping to catch the mouse or whatever was making that noise. When he opened the trunk, it was empty. There wasn’t anything inside, no papers, no dust, no animal or the evidence of an animal ever being in there. What had made that sound? Brad decided to open another trunk instead. This one had several old newspaper clippings from when his grandpa was a boy. The paper was all yellow and falling apart in places but he could still see some of the headlines and dates. His grandpa had entered the county fair as a boy and won first place on his hog. Brad didn’t know that is grandpa used to have hogs. He kept digging through all the old papers and found the blue ribbon that went with the newspaper clipping. There were several ribbons, some red, others yellow, but there were several blue ones. Brad kept looking in the other trunks.

Karen was looking down in the cabinets below the hayloft for anything unusual or interesting. She had managed to find a cabinet for tools, a cabinet for feed, a cabinet for farming stuff but nothing said so dangerous, keep out, big trouble. Karen and Brad were both old enough not to play with tools and sharp equipment. Their grandpa knew that they were old enough, it hadn’t ever been a problem before so why now all the sudden. Karen wasn’t having much success on finding anything down here so she decided to go up the ladder to check and see what Brad found if anything, he was being too quiet.

Brad found some old toys in a small trunk back in the corner hidden under some dusty tarps. There was a metal top, the kind that you push the knob down and it spins. Also, some old playing cards and a children’s story book. As he was walking back towards the big trunk to sit on it to look at the things, he found his sister called to him from the bottom of the ladder.
“Hey Brad, you find anything neat?” asked Karen.
Just as Brad was setting down his treasures he found and about to reply to his sister of his findings he tripped and fell into the big empty trunk. Instead of hitting the bottom of the trunk, Brad fell on something soft and springy.
With his eyes shut, Brad could see a green glow.
“What?” thought Brad, then all went dark.

Karen heard the loud crash and started to go up the ladder, she had her hand on the rungs when someone seized her shoulder. Turning around Karen saw her grandpa. He didn’t look mad he looked worried.
“Where is Brad?” asked her Grandpa in a rushed voice.
“Hiding up in the hayloft, I heard a loud commotion,” said Karen. “I’m sorry grandpa. You can come down now, Brad.”
“Are you positive he is up there?” asked Grandpa.
“Yes, I bet he just doesn’t want to get in trouble for playing in the barn,” said Karen.
Karen went up the ladder that lead to the top of the hayloft. When she got up there, Brad wasn’t there. All she found was the old trunks and the toys that Brad had been looking at. As she was heading back down the ladder a shiny movement caught her eye. She stopped and there on one of the nearest paint cans stood a shiny blue girl the size of a matchbox. Karen was taken by surprise that she nearly fell off the ladder. She must have let out a started gasp when she saw the tiny blue girl because her grandpa was at the bottom of the ladder asking her questions.
“Is it Brad?” asked her Grandpa. “What do you see?” fear in his voice.
As her grandpa spoke Karen watched the tiny blue girl spread her translucent wings, open her mouth to speak and then disappear. Karen came down the ladder with a shocked look on her face.
“You saw her, didn’t you?” asked her Grandpa.
Karen shrugged her shoulders; she didn’t know what she saw. Grandpa was convinced now that Brad was no longer in the barn anymore. He knew where Brad was.
“What did I see?” asked Karen.
“She is called a fairy,” said Grandpa.
“Like from kids story books?” asked Karen.
“No, worse, like from a real world,” replied Grandpa.
“Is that where you think Brad is, in this Fairy World?” asked Karen.

Have you ever seen something out of the corner of your eye, but and when you looked, it was gone? Ever wonder what would happen if you finally got the chance to see that flittering image up close? Well, siblings Karen and Brad got that opportunity. And they discovered a whole world just beyond the doors of their grandpa’s barn. Welcome to the fairy world of Lienara.
Author and illustrator Misty A. Hull creates a fairy-tale world in her book, Lienara. Brad and Karen are on their first solo visit to their grandparents’ house. The week begins uneventfully enough, with rain in the forecast and not much other than chess and delicious food to entice them. But a series of slightly bizarre happenings and their grandfather’s odd behavior present them with an unusual adventure in the fairy world.
In Lienara, the children learn the importance of working together with their grandparents to defeat dark forces in the fairy world. Brad and Karen find their true friendship to overcome the sinister powers and safely return to their family more mature and appreciative.

Misty A. Hull is a hardworking wife married to a loving and supportive husband for seventeen years. She has two wonderful teenage boys and a mischievous Pomeranian. She loves to act in her local theater, cook, draw, and, of course, write children’s stories. She loves to spend time with her family, who are her best friends in the world.