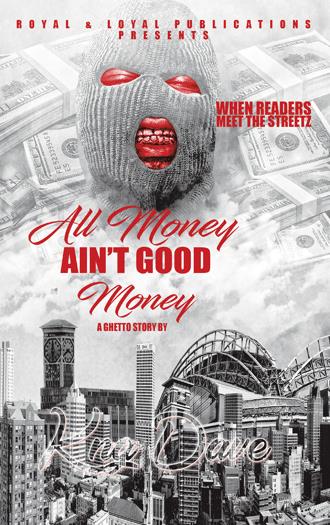 Meet Don, your local drug dealer with plans to get out of the streets for one reason and one reason only, his family. With a child on the way he believe that giving up the petty game he played by in return of satisfying his lover. For a better life Don had to give up all of his old habits even when it meant sacrificing his childhood friends.
Upon his transition for goodness Don meets someone who he finds special, whom then introduced him to someone he thought he could rely on for a more legitimate source of income but later on gets offered a position he couldn't refuse. Money was the only thing that could make all of his problems go away. Even being aware of the consequences that comes with proposition he let his greed take him from plans to do better. One thing leads to another and before he knows it he finds himself in a web of trouble. Costing him everything and everyone..

Milwaukee, Wisconsin, is a place that some may identify as one of the murder capitals of the United States. But for many, it’s a place called home. Growing up in the ghetto forces you to learn what it takes to survive in the streets even at a young age.

Meet Don, a petty hustler with plans of getting away from the streets for one reason only: his family. With a child on the way, he is sure that giving up the hustle is his best option in order to lead a better life. In the process, he finds himself slowly cutting ties with the people closest to him--his childhood friends.

While transitioning into righteousness, Don experiences a few distractions. He meets Zola--a woman who is captivating not only because of her beauty but also because she is a woman of business. She was a resource that Don could desperately use to get him to a better position. Soon Zola introduces him to her father, Ziggy, who is also a businessman. It wasn't long before Don had utilized the connections that he had stumbled across. Shortly after, he was offered an unrefusable proposition--one that could possibly land him in a place he didn't want to be in: the streets.

While dealing with Ziggy, Don discovers the inevitable. Before he knew it, he was being pulled into a pool of trouble and was putting himself and his loved ones at risk. Will he cut off his newfound connection, or is it too late?

Born in Milwaukee, WI. With his grandmother, whom became his legal guardian. Growing was tough without his parents and a curious teenage boy in the ghetto was just too much of a task for her which only sends him out into the streets. Soon he finds himself caught up in a situation that had become incredibly hard to get out of. After almost 10 years in the system he humbly seek change in everything thing that lead him in harms way. He discovered his profound talent. He begin to imagine these amazing stories. Before he knew it he was coming up with these phenomenal scenes. Once he picked up his pen, the rest was history.