Orphans of the Storm 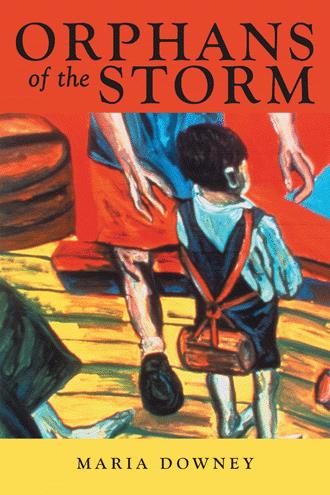 He is so notorious the laborers called him, “The Eliminator”. In five years, he has a few,” pesetas” but is unhappy with his lot in life. He soon acquires another companion, by kidnapping a gracious British lady from a filling station nearby. She is seated in her car waiting for her lover, when he notices her smile. He drags her out of the model “T “. He throws her into his own truck gruffly. After a few minutes he tells her,” You will have a better time with me!” bluntly slamming the truck door shut. Naturally, she cried bitter tears at his abduction.

He drives her through miles of desolate roads to an abandoned shack where he rapes her. She is so shocked she buckles over like a small, newborn child. He refuses to listen to her pleas, slapping her frequently until she complies with him. He will not let go. This British visitor becomes his companion for years. She is as white as white could be, in keeping with his philosophy. She has black, penetrating eyes. When she tries to escape he dislocates her shoulder several times. No one notices or helps this kidnap victim. It is so commonplace in Warsaw during this war. She cannot go back to England fearing that he will kill her sisters there. She has three, who were unawares of this incident. He sequesters her in a small whitewashed cottage again, as if she was a replacement. If her family aided her, he would have to eliminate them. That is his code. The Nazi code that he has embraced. She is a British newscaster for the BBC in London.

After sustaining debilitating injuries during the Second World War, Corporal Alvin Downey returned home where he suffered silently, plagued by his dark memories of being questioned about the orphan’s flight out of occupied France, tortured with a cattle prod by a Gestapo agent, and eventually transported to a concentration camp.

Within a gripping true story of honor and nobility, Downey’s daughter, Maria, leads others back into a chaotic time in history when General Eisenhower ordered the evacuation of thousands of children running through the rubble of bombed cities in Italy, France, and Germany. The mission, called Operation Blackfoot, enabled thousands of orphaned children to escape to freedom in England and the United States where they were welcomed by generous hosts such as Christina Ricci and Carolina Herrera who both educated and placed these children in American families after the close of the war.

Orphans of the Storm relays the story of the Western European evacuation of parentless children from the Second World War, as told through the eyes of an American corporal.

Maria Downey has worked as an educator for twenty-seven years in Los Angeles County, lecturing in eight colleges and several high schools. The award-winning film producer holds two master’s degrees, heads Odyssey IV Films Corporation, and has exhibited her paintings and drawings internationally. This is her second novel.