A Practical Guide to the Future with Artificial Intelligence 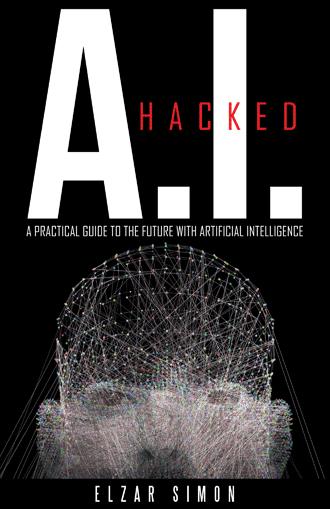 Like a tumultuous torrent of freshwater frenzy rushing through the mighty Amazon River, an insuppressible movement is sweeping throughout the world today.

Jeopardy is a game of wit. Those who are familiar with the TV show know that the subjects are broad and unpredictable, the topics vary from the very trivial to common knowledge, the questions are phrased like puzzles, and the answers must be given by contestants in the form of a question. IBM Watson’s victory was like a checkered flag that was raised to signal the start of a historic race.

Since then, the ebullient revolution has forged ahead.

In April 2016, MIT Technology Review released an article entitled “Will Artificial Intelligence Win the Caption Contest?” The same article heralded, “Neural networks have mastered the ability to label things in images, and now they’re learning to tell stories from a set of photos.”

In January 2017, Quartz (qz.com), a news provider covering the global economy, came out with an article entitled “Japanese White-Collar Workers Are Already Being Replaced by Artificial Intelligence.”

In June 2017, an article in Bloomberg announced that PricewaterhouseCoopers (PwC), which is one of the “Big Four” consulting companies in the world, predicted that “the global GDP would be 14% higher in 2030 as a result of Artificial Intelligence.” That’s in 2030—just a few years from now.

In October 2018, Christie’s Auction House (www.christies.com), a world-famous auction house in New York City, sold an AI-generated artwork at a price that was forty times higher than what the sellers expected.

At the ground level, the movement is conspicuous. We now post a picture on Facebook and the system can recognize us and our friends in it. We can talk to a home device like the Amazon Alexa or Google Home and ask it to play us a song, turn off our television set, tell us about the weather, or converse on any topic under the sun—in exactly the same way that we talk to humans. We read about Tesla’s technological breakthrough in manufacturing cars that could drive us to our destination without any human intervention. We order an item on Amazon Prime, and the shopping site suggests a list of related products that other people bought when they purchased the item we just selected. We visit a bank website and a chatbot pops up to ask us if we have any questions.

Artificial intelligence (AI) has arrived and will continue to be a forceful reality that we humans have to reckon with—sooner than we might think.

AI is here and we have a choice: we can either ignore or acknowledge its existence.

To dismiss its existence would be imprudent, like an ostrich that buries its head in the sand.

While intelligent machines would naturally have human cynics and skeptics, AI would unquestionably play a major role in our new world order, whether we like it or not. In fact, AI’s building blocks are now in place: machine perception, facial and voice recognition, deep learning or machine learning, and of course, natural language processing that enables machines to audibly or textually converse with us humans. And let’s not forget sophisticated gaming algorithms, advanced AI planning capabilities, and robotics.

While artificial intelligence is perceived by many as the ultimate enemy of humankind, many envision that AI would help solve humanity’s biggest challenges: health care, medical research, food production, transportation, security and cybercrime, and many more. As AI algorithms become more sophisticated, this unstoppable force will continue to advance across humankind’s dominion. There is no stopping this revolution.

It is therefore imperative that we vigilantly watch its development, judiciously examine its impact, and actively participate in factual and pragmatic deliberations.

What is AI really capable of doing?

Would these intelligent machines simply complement the human workforce or replace us?

Are they friends, or are they foes?

Should AI development be stopped or pursued?

The idea of machines having their “own minds” is not without issues. It raises a number questions including identity, ownership, intellectual property, copyright, royalties, entitlements and awards, insurance, and even financial liabilities. Take the case of an unmanned truck that causes an accident or a robot “security guard” that mistakenly lets a thief into an art museum.

There is no doubt that the application of AI would come in many shapes and forms. While AI would deliver an array of benefits, it would also introduce new challenges, which would be preposterous to completely exhaust in this book.

As it would not be possible to address all aspects of human life in view of the advances in AI, I would like to focus on some key areas in the hope of maintaining a realistic view of AI and at the same time spark insights on how we could be more prepared going forward.

May this practical guide stir further scrutiny and debate as to how we should navigate through this fateful journey that humanity and technology are taking. It is a course that clearly has the potential to completely alter the way we live in the years to come.

Welcome to the future with AI.

Some say artificial intelligence will lead to our doom. Others say it will help solve some of humanity’s greatest challenges. Elzar Simon, a veteran IT strategist and visionary, explains what it is—and what it is not—in this guide to living in a world where the future is now. Focusing on the role A.I. plays in health care, medical research, food production, transportation, security, cybercrime, and more, he examines its pitfalls and upside. He highlights how: • Companies like Amazon, Google, and Tesla are investing in A.I.—and what it means. • People will have to cope with A.I. affecting their lives sooner than they think . • Stakeholders disagree on whether we should pursue or abandon A.I. The author clearly lays out why the feelings surrounding A.I. are so intense, the potential dangers, as well as the likely rewards. More importantly, he provides a blueprint for how humanity should navigate this journey so the positive effects of A.I. research and development outweigh any cause for concern.

Elzar Simon has more than thirty years of experience as an information technology manager at the global and regional level. He has lived in Australia, North America, and Asia and has worked as a senior IT leader and strategist in a broad range of industries, including finance, logistics, health care, government, IT services, and higher education. He currently works as a senior IT director for one of the largest and most prestigious universities in the Northeast of the United States.