A Life Dedicated to Creating Wealth for Minorities 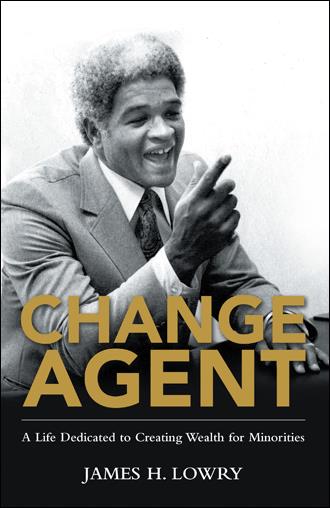 “Surrounded by some of the wealthiest homes in the city, Francis W. Parker is set just off the shores of Lake Michigan on Chicago’s North Side. When my brother arrived at Francis W. Parker, the school had more blacks enrolled from kindergarten to twelfth grade than the University of Chicago Lab School. You might wonder how this was possible considering Chicago was a very segregated and racially charged city in the fifties. The answer is simple. David Wallerstein and Truman Gibson Jr., two very powerful men, decided over dinner one night that it was time to integrate the school and bring diversity to the classrooms. So, just like that, it was done.

Wallerstein was the pillar of the Jewish community, and Gibson was the pillar of the black community. At the time, Wallerstein was not only the chairman of the board of Parker, but he was also president of the Balaban-Katz movie chain, chairman of the local ABC TV Station, and later a vital member of the first board of directors of McDonald’s. He and his wife, Caroline, were true liberals who practiced what they preached. When Jackie Robinson first started playing for the Brooklyn Dodgers, the Wallersteins welcomed him into their home when he was denied hotel accommodations. One day, the Wallersteins asked Jackie Robinson to visit the Parker baseball practice. I was so in awe that Jackie Robinson was on our field that when he hit a ball to me, I was so nervous the ball went right through my legs.

The Wallersteins invited me to dinner often, but I will always remember the first dinner I had there with my classmate and good friend Jim Simmons. We were sitting at this long table when the black maid put before us a large plate of spaghetti. I looked at Jim, and Jim looked at me, and we just stared at each other, wondering how we were supposed to eat this spaghetti without looking like fools. You see, at this stage in my life, I did not know how to use a spoon to twirl the spaghetti to avoid having the long noodles hit me in the face. We both did what any young scared black from the South Side would do: we smashed the spaghetti to the point it was almost soup before eating. Sixty years later, Jim and I fondly remember that night.

I saw Truman Gibson Jr. as a type of crusader. He was also one of a very few blacks born into wealth. As I mentioned earlier, Truman’s father, along with Earl B. Dickenson, founded Supreme Life Insurance Company of America, which at the time was one of the largest and most successful black companies in America. Truman Gibson Jr. graduated from the University of Chicago Law School and later served as a special assistant to President Harry Truman. While serving in the White House, he persuaded President Truman to abolish many segregation laws in the US Army. After leaving employment in the Truman administration, Gibson became a highly successful entrepreneur, and with Willard Wirtz, he revolutionized the television industry. Wirtz and Gibson also founded the International Boxing Commission (IBC). Gibson was credited for bringing Joe Louis under management, and soon the nation watched major boxing matches every Wednesday and Friday nights. After helping Joe Louis with tax problems in 1949, Gibson took on the role of director and secretary of Joe Louis Enterprises, entering the world of professional boxing as a manager and promoter. He also played a unique and unheralded role in the civil rights movement, primarily as a member of the “black cabinet” of Presidents Franklin D. Roosevelt and Harry S. Truman. As a second-generation wealthy lawyer, Gibson was fearless, bold, and ahead of his time.

Chicago remained one of the most segregated cities in the United States. Young black men knew we could not venture into certain neighborhoods, or else we would have been beaten up or worse. We were also very aware that interracial dating was not accepted. Interracial marriage would not become legal in all states until the landmark Supreme Court case, Loving v. Virginia in 1967. Hence, for Gibson and Wallerstein to be bold advocates for change said a lot about them and their character.

“Another major challenge for me at Parker was the realization that I was considered lower class. I guess I was in denial of the fact that while the combined salaries of two postal workers may indeed have provided for the necessities of our day-to-day existence as children, they failed to elevate my family to middle-class status. While I stayed on the South Side of segregated Chicago, my status did not affect me, but being a student at Parker was a different story. Every day, I would see limousines drop students off and read about their wealthy parents in the newspapers. Occasionally, when I visited classmates, I was forced to enter through the back door of prestigious apartment buildings by the doorman. I will always treasure the Wallerstein family and other Parker parents who demanded that Jim Simmons and I be granted entry through the front door.

I lived in two different worlds: one with rich, smart white kids on the North Side; the other returning to my “village” on the South Side with black peers of equal status. While this bothered me, it fortified me for my future and cemented my lifetime goals. When I graduated from Francis W. Parker, I was determined to leverage this unique experience, to enroll in a good college or university, distinguish myself, and become a multimillionaire.

James H. Lowry encapsulated his thirty plus years of experience in the field of minority business development in the book he co-authored in 2011, Minority Business Success: Refocusing on the American Dream. In his new book, Change Agent: A Life Dedicated to Creating Wealth for Minorities, Lowry delivers a deeply personal, candid, and often humorous, portrayal of his life from the South Side of Chicago to Wall Street and trailblazing entrepreneur. Often the first black in many rooms, at eighty years old, he continues the fight so he will not be the last. More than just a story of his life, this memoir illustrates the power of iconic mentors and pivotal opportunities leveraged across the globe, demonstrates how breakthroughs can be achieved through years of lessons learned, and offers real solutions to the ever widening wealth gap that plagues minority communities today. Unlike like many who only diagnose the problem, Lowry delivers a plan to accelerate economic development in the black community. This book is a road map for the next generation of leaders and will inspire new change agents to take the reins.