Tears of Pain and Joy 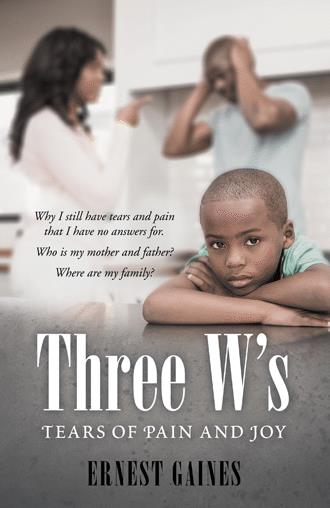 An Angel with Me

I was around nine or ten when one day while I was planting sugar cane, the bib, the hook of the cane knife, got stuck in the top of my foot. When I pulled it out, a piece of meat about two or three inches long came out with it. He took a knife out of his pocket, cut it off, and threw it away. He put some mud on my foot and tore his shirt so he could bandage it up. He said, “Get back to work.”

Thank God for being there and looking over me. He said, “I will never leave you or forsake you.” I knew that whenever something didn’t go as planned but I was still around and able to talk about it, it was because I had an angel with me.

We moved from Lodio Plantation to Frisco, and I started going to school in New Roads. I played baseball, basketball, and football and ran track; after school, I would stay and play with the kids. One of my teachers who lived close to me would give me a ride home after I played with my friends after school. We used to choose teams, and I would always get picked. There were always people cheering for the other kids, my friends, but no one for me that I knew of. As I got older, I was told things that made me ask a lot of questions, but I received no answers from him or her. Who am I? Where am I going? What am I doing here? But I’m not alone! Why doesn’t anyone love me? Never give up! God be with me! I’ve never seen the Father who loved me. He held me tight. I can’t help myself. They gave up on me. As I get into my story as I was told, I learned there was a God who loved and was always there.

But even with an angel in the fields with me, I didn’t know who I was or was supposed to be, what to look for or even hope for. I looked around the fields and even behind the wagon and tractor, but I saw no one my age. Where were the guys I shot marbles with, played with tops, yo-yos, baseball, or hide-and-seek—Jamp, Topcy, and Hook? When I worked in the fields, none of my friends were there.

Frisco was an area without many houses. Next to our house was a cow pasture with rabbits, chickens, other birds, snakes, and deer. I would walk to the back of the yard where there was some water and trees. I used to watch him go back there to kill ducks and sometimes catch fish he said we couldn’t eat.

One day when he was working, I took his gun, went to the back of the yard, and shot a bird. Oh man, did that scare me. Pulling the trigger knocked me on the ground and hurt my arm and shoulder. I left the bird, picked up the gun, and ran back to the house. I knew I was in trouble. I thought I had done something wrong with his gun because he never was knocked over by it. I put the gun next to the bed where he always kept it. I knew I was in trouble. She was in the kitchen when I came back. She asked me where I had been. I told her the backyard. She said, “Don’t you go back there in the woods. I heard someone shooting back there. Go to the hen house and bring me two eggs.”

I got the eggs for her. She was standing by the back door and yelled, “Catch that chicken!”

I ran after the chicken and caught it next to the fence. She said, “Wring its neck.” I had never done that before, but I had seen her and others do that, and I wanted to. I spun the chicken around by its neck, but the head didn’t come off. She told me I had to keep turning it around and around until the head came off. I tried it again, but again, the chicken would just fall to the ground and hop around. I had blood on my hands, but the chicken still had its head.

“Boy, bring me that chicken.” She was standing on the back porch with a knife in one hand and a cigarette in the other. “Put it there on the step over yonder and move back.” She put the cigarette in her mouth, held the chicken with one hand, whacked its his head off with the knife, and kicked the chicken to the ground. She tried to throw the head on top of the hen house but missed. She said, “Boy, go and throw that head on top of the hen house.”

The chicken flapped its wings and hopped all over the backyard for maybe thirty minutes. She went back inside, and later, she said, “Boy, bring it here.”

I brought the chicken to the kitchen. She told me to put it in the sink. She poured hot water on it. She told me to wait about ten minutes and start pulling the feathers off. I started to pull the feathers; some would come off easily but others were hard to pull. I plucked and plucked until she told me, “Okay, that’s good enough. Have you done the rest of your chores?”

“Have you fed the cows, hogs, chickens, and dogs?”

Even after all that, I still didn’t know who I was and who I was supposed to be. I was ten or eleven then, and I wanted to be with my brother Jamp and my friends Topcy and Hook at Lodio Plantation—not Frisco.

He pressed a little harder, and blood started coming out of the back of my hand. I shouted, “I took some candy from the store!”

I do not know where or who is my earthly father, but I do know that my heavenly Father is always there with me.

Ernest Gaines, a sixth-generation sharecropper born in Louisiana in the 1950s, recalls a forgotten way of life in this memoir focusing on his boyhood and adolescence.

Growing up, he had few if any toys, but he had lots of fun running, hiding, and laughing with his friends while old people chatted in church. They wanted to be left alone, but they would give the youngsters peanut butter and jelly sandwiches, watermelon, and popcorn balls.

When his father asked him to do something, he went ahead and did it—he knew that is what he was supposed to do. Life was hard, but each moment made him stronger, which became helpful when he moved to California.

In this memoir, the author recalls the struggles he and his family faced and expresses his thanks for those that taught him to be a man—even if they didn’t make it easy.

Ernest Gaines is a six generation Share Cropper born March 10, 1954, in Oscar, Louisiana. Ernest moved to California in 1969 where he met his wife of 42 years (Lorraine), they have four children, 10 grand- children, and 3 great grandchildren. Ernest is retired from Napa Valley College.

Ernest was called to the office of ministry to become a license Minister January 17, 2016, from Church of The Living God Vallejo, California and he continues to work in His Kingdom at Hillside Church Gulfport, Mississippi under the leadership of Dr. Travis Anderson; and lead people to Christ.

God has called me to be a faithful worker and be committed to His Word.