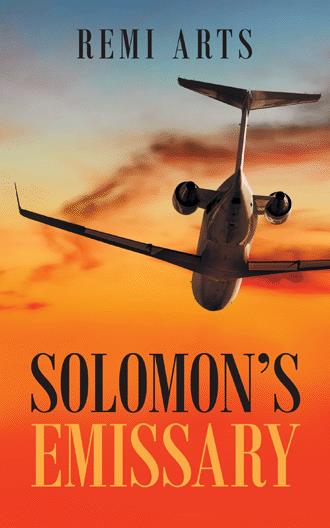 He felt someone sit beside him. He mind was clear enough to see it was not the redhead who had injected him. A dark-haired beauty held a glass in one hand and some pills in the other.

“Here,” she said holding out her hand. “These will take care of your headache and nausea. Now, you see what happens when you drink too much.”

The friendly, mellow Israeli accent did nothing to change the fact that she was part of the team of kidnappers. He had every reason to suspect the odds equally favored her hand held poison as it did a cure and declined the offer.

“Here take them,” she urged. “They contain codeine and will alleviate your headache within minutes. You are dehydrated which not only contributes to your headache but is causing your mouth to feel dry. Drink some water and then take the pills. Go on; it’s safe.” He did and inhaled deeply before finishing what was left in the glass. She instantly refilled it.

Tom lay back and let the fog continue to lift. She returned to Judah’s side. She was a strikingly beautiful, young woman who was totally at ease with this older man. He slowly scanned the room and stopped momentarily at the jug beside him. She tensed but once again, Judah shook his head.

Tom gradually got up and sat on the edge of the sofa. She opened her laptop and waited patiently for the interview to begin silently acknowledging that Judah knew what he was talking about. This man was unlike others. When she caught his eyes drifting from her face to her legs, she slowly crossed them, carefully tucking her skirt to better cover her exposed thigh. She felt vindicated. His ogling confirmed he could be just like any other man.

Judah placed his hands, palm down, on the desk and studied them.

This was the perfect opportunity for Tom to let him know that he knew exactly who he was dealing with and he took it. “Sure Judah, after all, we have been through together, feel free to call me anything you like.” The fact that Benning knew his name wasn’t a surprise. He might have heard it while is he was pretending to sleep, but it was more likely that Chaim had forewarned him about potential enemies. Either way, Judah knew that the best way to handle a man like Tom was with respect.

“Well then, Tom, I like a man with a purpose. It gives us a chance to get on with the task at hand… eliminating any meaningless trivialities. Avi is concerned you may have become privy to information involving our national security, while you were with Chaim Solomon.”

Tom stately flatly that he didn’t give a shit about Israel’s national security. From there he proceeded to make it abundantly clear how little he thought of Avi as an adversary. “Surely, the decision to involve you couldn’t have been based on a report written by someone as inconsequential as Avi Haberman? I didn’t think that imbecile was literate enough to put a report together, let alone communicate intelligently on any subject.” He was on a roll, and he knew it. He decided now was not the time to back down and pushed ahead full throttle.

“Tell you what, Mr. Fink, or is it Finkelstein? I feel well enough to march on out of here. Oh, please don’t bother to get up or apologize for the kidnapping. I’m a strong believer that everyone is entitled to one mistake, so I will overlook this one. Just remember, the next time I won’t be quite so generous” and headed for the door.

Judah grinned as he pulled a Walther from a holster inside his jacket. Placing it in front of him on the desk, he pointed to it. “Not so fast, Mr. Benning. I am not quite finished. You seem to take this lightly but let me assure you what might seem trivial to you, isn’t to me. You already know who I am but what you may not know is that I no longer like to travel. It no longer holds any interest for me but sometimes it is necessary, and this is one of those times.”

Tom knew he had no choice but to stay right where he was and argue his case. “I’ve got news for you. You have come to the wrong place. I am not, nor have I ever been your enemy. So, now I would like to know what I have to do to get out of here, preferably without a hole in my back.”

“Well, for one thing, you can tell us what the terrorist on the ground said to you before he died? Our lab has analyzed the entire tape, and even our specialist was unable to decipher it. The only thing we know for certain is that he said something.”

Tom took exception to Judah’s insistence that the perpetrators were terrorists and made it clear when he answered. “Okay, to set the record straight, all I heard was, “I’m Mossad, Mossad, don’t kill” not “I’m Arab, Arab, don’t kill,” so you know what I think? I think he was one of your men and incidentally, if as you contend the tape was analyzed, you know damn well that he said it after I shot him.”

“Well, Mr. Benning, it has already been established that terrorists were there to get two members of the PLO released from jail. Both were awaiting extradition following an attempt to smuggle explosives into the US.” 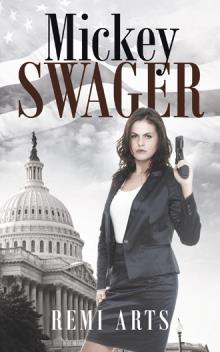 Thomas Benning is not a drug dealer, and yet, due to a police mistake, he ends up having to bury his wife and baby. Thomas sustains a gunshot in the raid, but his physical injuries don’t hurt as much as his grief. To escape the pain, he travels and eventually moves to Mobile, Alabama. It feels like a fresh start.

Unfortunately, Thomas gets involved in some dangerous political activities and flees back to Canada, where he meets lawyer Stacey Bogs while he seeks to buy land. Their first meeting is contentious at best, but they eventually form a connection.

Following the death of his family, Thomas had envisioned a simple life, but he isn’t going to get it as he is suddenly drawn into a web of international intrigue and murder. Thomas battles the bad guys as his relationship with Stacy turns romantic, but he still struggles with grief, anger, and now, a need for violence.

Remi Arts had several occupations, including general contractor, interior designer, cabinetmaker, artist, and writer before retiring. Born in the Netherlands, he immigrated to Canada in 1955, where he continues to live.