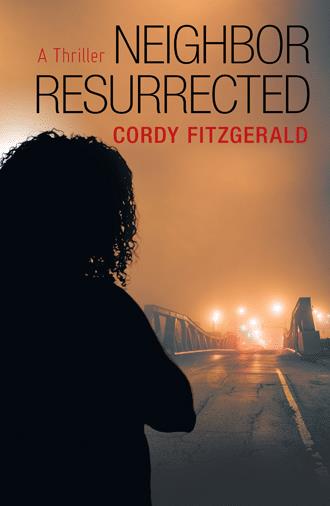 Harry shifted his eyes instinctively to the counter where the rifle was hidden. His tension subsided. No one, not even a professional sprinter, could beat him to that gun. Anyway, a full ten minutes had passed. He was ready to start work. All he needed to do was take his jacket off.

An ear-deafening crash of falling glass from the skylight above pressed down on him, knocking him to the floor spread-eagle. Jagged pieces of glass and plaster surrounded him. He was in a position a champion wrestler couldn’t accept for long. Quicker than he could spit, he humped up on all fours, forcing the object, whatever it was, to slide off him.

The object, a medium-sized man wearing a black ski mask, jumped to his feet and grabbed him from behind with a head hold that Harry knew could kill. Harry’s back was arched and immobile, his chest thrust forward by the force of the man’s arm on his neck.

An instant message pulsated through his brain: not a tournament, win to live, live to win. His jacket minimized the man’s hold, protecting his neck from the full grip of his arm. Harry knew he’d need to jerk into, rather than away from, the intruder’s hold before the man contemplated using any of the pieces of glass strewn everywhere.

He hurled himself into the man’s chest, then bounced off to complete a rolling somersault down the aisle of broken bottled salad dressing. Unfortunately, the intruder traveled the distance with him. Harry grabbed the man’s throat in the same way he’d been grabbed. Forehead to forehead, the two squeezed hard against the other’s windpipe till each could feel the pain. Neither would let the other move back to head butt; thus they created a deadly dance back and forth against pickle barrels and crashing produce bins.

Harry caught a whiff of something strong, like a tobacco smell oozing from the intruder’s pores. The smell increased his pain. Simultaneously they released each other’s neck and pushed back off the other’s shoulder blades.

With distance between them, Harry scampered on all fours toward the checkout counter and the rifle behind it. But the man was just as quick; scampering with him, pulling at Harry’s shoes first, then his jacket, till he was on top again.

It was a bad move, Harry realized too late, and if he ever got this man off him again, he vowed he’d stand his ground rather than try to reach that gun. It was no slogan. He was in a fight for his life.

Desperately, he tried to move, but in vain. The man’s arm length, he was guessing, was at least a half-inch shorter than his own. Again, an odor from the man’s clothes and skin made Harry dizzy. But he could taste his own adrenaline and knew he had it in him to conquer the bastard no matter how bad he smelled.

The man’s hold, though not life threatening, continued to mash Harry against the floor while slightly pushing him forward. He spied a broken shard on the floor to the side of him, halfway hidden under a mound of mayonnaise. The man, Harry supposed, was trying to slide him away from it. Perhaps he too had noticed the difference in their arm lengths.

The floor was slippery. Harry’s Wellingtons could have given him an advantage, if only he’d put them on. Maybe his rubber-soled shoes would work just as well. He shot his left arm out toward the shard, hoping for a similar move from his assailant. Instead the man used his fist to pound Harry’s left kidney. Sharp excruciating pain spread through Harry’s body, taking his breath away and giving his opponent an opportunity to get a death grip on Harry’s neck. His eyes teared up from back and shoulder pain.

“Where eez Meetchell?” the man whispered in his ear.

When Inez Buchanan’s beloved neighbor dies, family and friends believe it was a heart attack. Six months later Gaelen’s grown daughters think differently. They suspect their father was murdered and attempt to get a reluctant Inez involved. But after two police are killed, terrorists become suspects, and one of Gaelen’s daughters goes missing, Inez dives into the investigation using intuition and keen observation.

With the help of her former student, Inez is no longer a reclusive, retired African American schoolteacher, but an amateur sleuth, who grabs the attention of brazen international spies and the CIA.

Cordy Fitzgerald lives with her family in Denver, Colorado. The first thirty years of her life were spent in Washington, D.C. A graduate of Dunbarton College of Holy Cross, she received her Masters’ from Catholic University of America and a PhD from The University of Colorado in Denver. She has written short stories for children, The Nubie, and Shopping Cart Annie.