What They Are and Why They Are Important 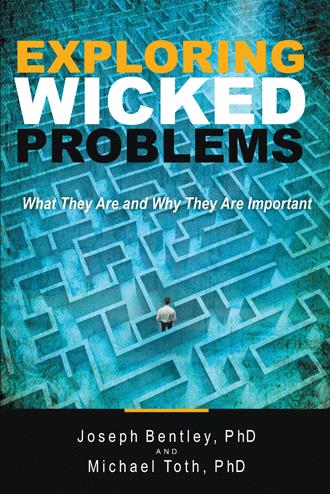 In 1852, referring to “the Goodness of the French Revolution,” Victor Hugo wrote that “No one can resist an idea whose time has come.” That ideas emerge, expand in size and scale until they become so compelling that they cannot be resisted, is a powerful insight. In the past decades many new ideas - often small and seemingly insignificant - have appeared, then grown in size and importance until they could not be resisted. Western societies have given us many examples: woman’s suffrage; a 40-hour-work-week; an end to child labor; a rejection of the use of torture; outlawing chemical warfare; the Civil Rights movement; fair housing laws; desegregation in education; equality in marriage; acceptance of people with different sexual and gender orientations; gender-neutral language. And most recently, in 2017-2018, we have seen the Black Lives Matter and the #MeToo movements suddenly emerge and grow into powerful ideas whose times have come.

Another idea that has grown in importance over the past 45 years and is becoming increasingly irresistible is the recognition and importance of Wicked Problems. In the early 1970’s two professors at the University of California introduced the idea that all important problems can be sorted into two categories: Tame and Wicked. While the many differences between them are discussed in the following chapters of this book, the most important one is that Tame problems can be solved while Wicked problems can only be sorted out, worked on, and continually addressed. Today most people approach problems as if they are all the same. This turns out to be a serious mistake. As more and more people become aware of the existence and importance of wicked problems, they are asking the critical question: “Is this problem tame or wicked?” How this question is answered determines what should be done, by whom, when, and how long their efforts should continue. That answer, “tame or wicked,” determines everything that follows.

“The world’s wicked problems crowd us like piranha,” wrote Marty Neumeier in The Designful Company in 2008. “You know the list: pollution, overpopulation, dwindling natural resources, global warming, technological warfare, and a lopsided distribution of power that has failed to address massive ignorance or Third World Hunger.” What Neumeier doesn’t include on his list are the wicked problems that directly and powerfully affect our personal lives: dysfunctional families, unsatisfying relationships, unresolved conflicts with our loved ones, colleagues, friends, or neighbors, noxious workplaces and unresponsive governments, to name just a few. Wicked problems will be found wherever people come together to try and make things better.

These two types of problems have names: They are tame or wicked.

Many people believe that their problems are “wicked,” yet few seem to understand what should be done with them. Wicked problems are messy, confusing, unstable, ill-structured, and ambiguous.

This book explores the timely issue of wicked problems – what they are and why they are important. The authors open the door to a greater understanding of wicked problems and an appreciation for their complexity, sharing insights and recommendations on how to tackle them to make positive and productive changes in relationships, at home, and at work.

Making one’s way successfully through the mess of obstacles and impediments that wicked problems present puts maximum pressure on our capabilities and stretches our tolerance for confusion, conflict, controversy, and chaos.

Get guidance on grappling with the wicked problems in your life by increasing your knowledge about what they are and why they are so important to keep working at – even if they can’t be completely resolved.

Joseph Bentley, PhD, is emeritus professor of management and organizational behavior at the University of Utah. Michael Toth, PhD, is emeritus professor of sociology at Portland State University. For over thirty years, they have been using the concepts of the social sciences to understand the problems people face in their relationships, at work, and in their lives. They have also enjoyed a deep and rare friendship.