Struggles of a Confederate Surgeon 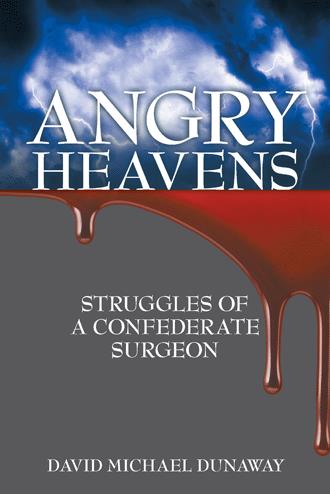 Nothing prepared me for the sheer awfulness I was to face at Gettysburg. I thought that this would be much like previous battles, where our work was intense for hours, but at the end of the day, we found a time to reflect on the good done that day in our field hospitals. At Gettysburg, there was no time for anything except for cutting and sawing and tossing away limbs from young bodies.

There were so many wounded that there was utterly no time to probe a wound, remove the lead projectile embedded in the muscle, and suture the wound. There were so many boys waiting for our attention that a rifle wound where the lead remained in the limb often meant the leg would be amputated in the hopes that the time we saved would save others who waited for our ministrations.

Limbs were amputated, cauterized, and sutured up with no anesthesia unless the patient lapsed into blessed unconsciousness. So much blood. So much pain. Such a hellish din.  Long since we left the field of battle, I continue to feel the grind of the saw’s teeth on bone. The feel of the blade cutting through sinew and muscle. I taste the coppery essence of blood. I smell the reek of abdominal wounds and of cauterized flesh. The sounds and feel and taste and smells reside with me constantly.

I am a beast of burden for the screams of the boys whose limbs I have removed–so mangled were they as to be unrecognizable as human appendages. I think that I shall never be rid of these sensations the rest of my days.

My mind is unable to grasp with any logic known to me, the sheer magnitude of the dead and dying left on the battlefield each day. Indeed the manhood of entire towns was lost on those days–and with it, weddings, and births, and families–to be replaced only with an unending grieving for what was, of what is, and of what shall never be. How shall they sensibly ever deal with such loss? I do not know. And for us, Gettysburg’s survivors, we have abandoned any hope of returning to the innocence of normality. We only seek to endure to the end of this national disaster.

In this historical novel, a skilled Charleston surgeon in the Army of Northern Virginia questions everything he knows as truth when faced with the horrors of the Civil War.

The Civil War inevitably approaches. Two young Charlestonians, the Irish Catholic Mary Assumpta Bailey, and the English Protestant James Merriweather are soon to be intertwined through marriage, medicine, and their aversion to slavery.

Mary Assumpta Bailey, her brother, Dr. John Bailey, and his medical apprentice, Dr. James Merriweather, openly serve anyone who walks through the doors of their Charleston medical practice – white, free blacks, seamen, or slaves. Equally, and despite its flaws, they also share an abiding love for the South.

Dr. James Merriweather feels an enduring duty to the young men dying in battle and to his young family weathering the War on their small farm on Horlbeck Creek, South Carolina. Merriweather joins the War confident in the knowledge he can use his surgical skills to save the injured and send them back to their families. Rather quickly, Merriweather realizes how unprepared he is for the horrors of battle.  Thus he begins a slow journey into his own war with darkness–his sanity precariously in the balance.

David Michael Dunaway is a son of the South, educated in the Alabama public schools from first grade through postgraduate degrees.