The Lady or the Tiger 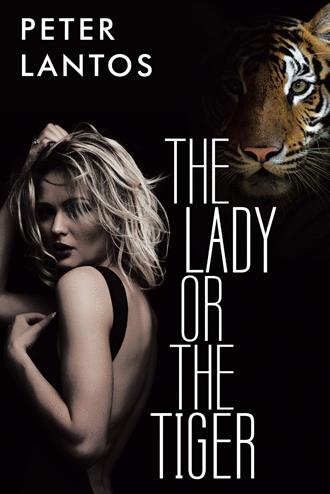 The party was going great guns and Doreen was the shining star. At least she felt so, sparkling in her finery, her face possessing a glorious flush, as she was circulating among a circle of admiring male friends. And there was considerable justification for her feeling this way because, as she was told by more than one admirer, she was “the hostess with the mostest.”

“Great party!” was the praise articulated by Larry, and seconded by Bill.

“You should run for office, because I think you would have the votes right here, tonight,” was the input of Morris, who at age 54 was not only one of the more mature guests but also one of the more practical minded ones. All of them enjoyed the evening, the food, the drinks, the good company, the entertainment and they wanted to make sure that there would be repeat performances of the evening by a happy Doreen who had to be buttered up, and reassured that it was a truly memorable evening which deserved an encore or two.

Of course Doreen just loved it, basking in the praise, delighted in the adulation, pleased with the success of the party. And there was considerable justification for her feeling of satisfaction because the evening went well and she knew that it was all because of the planning, the effort, the energy and the money she put into it. Ah, yes, the money. The planning was easy for her, she was good at that. Likewise, the energy and effort all came natural to her. The potential stumbling block was the money or, more correctly, the limited supply of it. Not that the Weylands were paupers, nor were they significantly limited in resources for the necessities of life, it just depended on how you defined the necessities of life, which was where she and her good husband, John, differed.

John had made it plain to her that the necessities of life included adequate food, suitable shelter and effective health care, and that was it. Recreation, as far as he was concerned, was optional. Booze, as well as parties or even designer clothes, were optional, meaning that you spent on them only after the necessities were well taken care of and some money had been put in the rainy-day fund and in the children’s education fund. Then, and only then, were the other expenses to be incurred, and they definitely did not fall into the category of “needs.” All of this meant that there never was as much partying as Doreen wanted, the vacations were not as lavish s she would have liked and there was less booze flowing than had been Doreen’s idea as to what was needed for a lively party.

Doreen did agree that nourishment and shelter took priority, and her real issue was not with the priorities articulated by John, but by the other half of the equation: John just wasn’t bringing in as much money as she felt was appropriate for someone in her position, someone who wanted to entertain her friends in style, someone who deserved it all. Yes, that was it, she really deserved more than she was getting, of that she was certain and she was most firmly supported in that view by a number of her girlfriends, friends in whom she confided, to whom she complained about her husband and his frugal ways and who commiserated with her endlessly. Was he frugal? No, by any measurements she would apply, he was miserly!

To tell the truth, Doreen had little to complain about. Their house was an expensive, traditional, two-story stone house of colonial design, encompassing generous floor space: 4 bedrooms, a study, family room as well as the customary living and dining rooms, a modern kitchen and an assortment of bath rooms and powder rooms. They were kept in meticulous condition, appointed with quality furniture and furnishings, not one element of comfort omitted. No, the furniture and furnishings were not something casually picked up at Ikea or at Sears; it was expensive furniture selected by Doreen’s fashion adviser with little regard for its cost. It reeked “expensive.” Most of it were period pieces, carefully chosen at auctions and private sales; the walls of the living room and dining room were replete with quality paintings including Doreen’s pride and joy, a large oil painting attributed to Tintoretto, although jealous souls kept suggesting it was merely from “the studio of Tintoretto,” meaning it was the work of his pupils rather than by the grand master himself. Be that as it may, it was a great painting of the Virgin and the Baby Jesus. There was generous storage space both in the attic and in the basement, which did not have a drop of moisture in it, ever. Attached to the house was a garage with room not only for their 2 cars and a trailer for the sailboat, but also for additional storage space for a mower, snow blower, garden tools. And the house was located in the most desirable part of Morena, Oaklane Gardens, a gated community of opulent homes, stately trees and manicured lawns, populated by corporate executives, leading political figures and lawyers.

Tonight she was dressed in a sheer, black Balenciaga cocktail dress, suitably low cut in front, generous exposure of a bare back, and a length that stopped well short of her knees. She thought it a bit outmoded as it was one she had bought all of 4 months ago, but she was the envy of every woman at the party, the beneficiary of well-deserved, admiring glances from the men. She was a trim 5 foot 6, carefully coiffed blonde hair framing an oval face that simply glowed, great posture which thrust forward her generous bosom which was more than hinted for by the decolletage.

John Weyland is a hard working business man, struggling on two fronts. At home, his wife feeds her hunger for self indulgence with material objects, as she desperately climbs the social ladder. At the office, he is tormented by the questionable practices of corporate executives driven by lust for power.

Maria Nystrom is a brilliant researcher whose aspiration is to apply her knowledge of chemistry for the betterment of life for mankind. After a brief, failed marriage, she meets John, the two fall in love, and she leads John to a totally different, more fulfilling kind of life. Fate, however, intervenes and John, who has been unable make important decisions, suddenly has to make the most important choice of his life. Will he be able to make it?

Peter Lantos is a retired industry executive, adjunct professor, and founder and director of a management-consulting firm. He currently resides in Lafayette Hill, Pennsylvania. This is his debut novel.