Normal by Whose Standards? 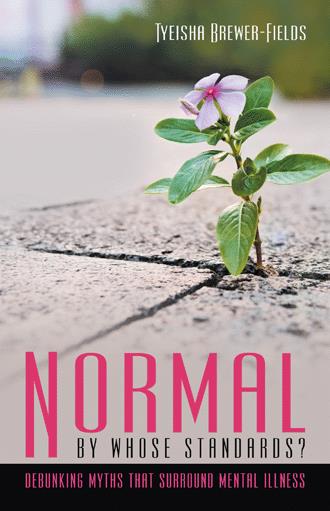 When I took Christian Worldview, one of the things that they elaborated on was that humanity was made in the image of God. Genesis 1:27 of the New International Version of the Bible tells us that all of mankind was made in his own image. So, in turn, why does society form this stigma against those who doesn’t fit in their box of normality? What is normal anyway? Although the Google Dictionary’s definition of normal is “conforming to a standard; usual, typical, or expected,” how can we determine who is normal and who isn’t if we were ALL made in the image of God? I guess what I am saying is that we are all human, whom has flaws and make mistakes; yet, God loves us all so much that he made us in the image of him, despite how abnormal we may seem to anyone else. God loves us so much that he sacrificed his son to suffer and die for our sins. “For God so loved the world that he gave his one and only son, that whoever believes in him shall not perish but have eternal life” (John 3:16, New International Version). He did that for you, and he did that for all of us who aren’t normal as well. His love for us is the same.

Tyeisha Brewer-Fields grew up wanting so badly to be normal.

It took her time to accept that she is not normal—and even longer to embrace that that’s OK. When she finally did, she began thinking about why society makes anyone who does not fit into a neat little box feel so bad.

In this book, she shares her struggles as well as her belief that God loves us all and made us in His image. She also points out that He gave us His son, Jesus Christ, so that we all may have eternal life. God made this sacrifice for all of us, including those that don’t fit the definition of “normal.” No matter what the author has had to go through, reminding herself that God loves her has allowed her to overcome challenges—and they can help you, too.

Too many people continue to suffer from a mental disorder in silence because society has turned a blind eye to their problems. Join the author as she shares her personal story of overcoming the obstacles and debunking the myths that surround mental illness.

Tyeisha Brewer-Fields has battled numerous mental health issues and is a longtime advocate of mental health. She is enrolled in a bachelor’s degree program in the behavioral health field at an online university. She hopes to promote mental health awareness with the general public by sharing her story. She would like to one day own a mental health practice that will serve as a safe haven for those suffering from mental disorders. Tyeisha currently lives in Hartwell, Georgia.