Letters to the Average High Schooler 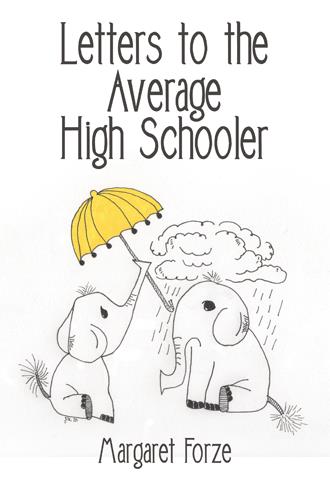 Not gonna lie; vulnerability sucks. That feeling of putting yourself out there to be eaten alive is not fun, and it’s definitely scary beyond belief. Even I can’t be vulnerable anymore because I’m scared out of my mind that I’m gonna get hurt like the thousands of times before. It has ruined my life, and I really hope that it doesn’t ruin yours.

For those of you who don’t know what I’m talking about, imagine this; you are floating on your back in the middle of the ocean. No floaties, no people around for miles- just you and the sea. What happens next? I don’t know, and neither do you. You’re all alone- anything can happen. Will you get eaten by a shark? Will a bird swoop down and pick you up? Will you drown from your own panic? Who knows! But you’re utterly and completely at the will of the world around you. That’s what being vulnerable feels like. And lord have mercy is it an experience.

So, do ya’ll remember Lily? Probably not. But it’s fine though, you don’t really need to remember her in order to understand this next part. Anywhoodles, Lily has not had the best childhood. I won’t go into it too much because, again, I don’t want to invade her privacy, but Lily has been in and out many foster homes. She dealt with loneliness, vulnerability, and worst of all; lack of love. That was until she met her foster parents, who would become her real parents in the near future, and she moved to the same town and school that I was in.

First of all, I would just like to say; Lily scared the shit out of me when I first met her. Her overall composure and actions made it seem as though she didn’t care about anything, and that no one’s opinion of her mattered. It was like she felt as though she owned the ground she walked on. It appeared as though she had all the confidence in the world, and that she could be as loud, obnoxious and careless as she wanted to because she didn’t care what anyone thought of her. However, after actually getting to know her for about two seconds, I realized that that was simply a mask for how she really felt.

To put it bluntly, Lily was scared to be vulnerable. She acted the way she did to avoid putting herself out on the market for a real, true, deep relationship, because she knew from far too many experiences that that would lead to getting her heart and soul broken. Even after months and months of Lily and I being friends, she still couldn’t have a deep conversation with me. We would have fun, driving around all over town to places like Sushi Zen and the Dollar Store, buying the most ridiculous shit and being dumbass teens, but it never got much deeper than that. It’s actually a big reason why we faded apart recently. But honestly, I can’t even try to blame her. God, if I had gone through what she had to go through I swear on my life I would have collapsed by now. She managed to pick her whole life up off the ground, to have the strength to stand back up after being shoved to the ground countless times. She is truly one of the strongest people I have ever met, but her unwillingness to even open up a little made me feel uncomfortable about opening up to her, and no friendship can last on those terms.

Another good example is actually cross country. For those of you who don’t know already (I’m not sure if I’ve mentioned it before), I don’t really try to race fast anymore. Don’t get me wrong; I still love running with a burning passion. However, I decided that I was tired of putting myself out on the line, stressing myself out to no end, and still getting shitty times. I really didn’t consider it to be too big of a deal, considering I don’t want to do it after high school and I was still running all the mileage. However, I didn’t even realize until a couple races ago what I had done. I had decided to stop being vulnerable. My times were dropping drastically not because I was progressively getting out of shape, but simply because I wasn’t putting myself at the mercy of the World anymore. I was closing myself off to running because I was afraid of all the things that would happen if I didn’t close that door. And I will say, that was probably the worst realization I had had in a really long time, because I realized without feeling the pain of feeling vulnerable, nothing would change for me. Good or bad; nothing could possibly change.

Before I go on, I believe that vulnerability is almost like running up a hill. If you have ever been a runner or are a runner, you know that the number one rule of running up a hill is that you don’t slow down. No matter how much breath you lose on the way up, or how tired you feel making it to the top, you push through and hit that hill with all your might. However, the real struggle is not within going fast up the hill; nope. The real struggle is when you get to the top, and you want to slow down. You want to celebrate victory, and take a moment to regain your breath. Because, in that moment, it feels as though if you don’t slow down at the top, you will never be able to breathe again. But if you keep running; if you push through the pain and keep going at the pace you were always going at, you find very quickly that your pulse goes back to normal. Your lungs are suddenly full of air again, and you feel just as though you never had even gone through a hill in the first place. But you celebrate silently in victory, because you know that you did get through that hill, and you didn’t slow down for one second going through it. That’s what being vulnerable feels like. You face the world head on- you charge up that hill with all your might- only to reach the top and be desperately and hopelessly out of breath. But if you have faith in the fact that you will breathe normally again- if you hold onto the hope that things will be okay once again- I can promise you that they will. But if you approach the hill with fear and doubt in yourself, you can’t go fast. You can’t be great things, and you certainly can’t make change in the old because there was no risk taking involved. But if you take enough risks- if you learn to be vulnerable enough in your life- you will find that so many great things come from it simply because you learned how to beat that hill with the might of a thousand tigers and not lose a single breath or beat.

I have been putting this letter off for a while because I just didn’t know how to say what I was trying to say. After all, I’d consider this letter to be one of my most important ones. But I’m so glad I put it off for so long, because about a week ago I tried out for a role in a musical, and I didn’t get the part. I worked my tail off practicing, and there is simply no excuse for why it shouldn’t have gone well. But I didn’t get the part, and as much as I want to cry and cry about it, I won’t. Because I can tell you that this is definitely not the first time I have been rejected, and it certainly won’t be the last. So I hold on to the hope that someday I will put myself out there, and I will make big change because of it. But for now, I remember all the other times I have held out and caught my breath, and I know that I will this time as well. My soul has been cracked, but it is far from broken.

The truth is, no change happens when you’re not vulnerable. If you plan to live a boring life, with the same old same old, there isn’t anything wrong with that; hit those hills as slowly as you would like. But I want to make change. And I know, although the journey will be painful, that with strength and faith, I will get there someday. I don’t care how long it takes- I will change the world. I hope that you feel the same.

Turning thirteen was hard. Turning fourteen was even harder. When she turned fifteen, she fell. By the time she turned sixteen, Margaret Forze was ready to tell her story.

Born into a beautiful family of five, Margaret grew up understanding the life of a Michigander. So when she became severely depressed in eighth grade, it was hard to say why. As she entered high school, life looked even bleaker than before. Within a series of letters Margaret pens to an imaginary friend, she poignantly retells the story of her rise to overcome mental illness and its stigma, with the hope her reflections will help others who want to overcome it as well. Throughout her volume of letters, Margaret reminds us that we all deserve to be loved, especially in our darkest moments.

Letters to the Average High Schooler shares a collection of writings that provide an introspective look into a teen’s battles with mental illness and her ultimate recovery.

Margaret Forze is a fourth-year high school student whose interests include writing, watching movies, listening to music, reading, and talking. She plans to major in writing and minor in psychology in college, where she hopes to continue speaking about her experience with mental illness to inspire others who may be suffering. Margaret currently resides in Seymour, Michigan.