The Amazing Tale of Permanent Marko 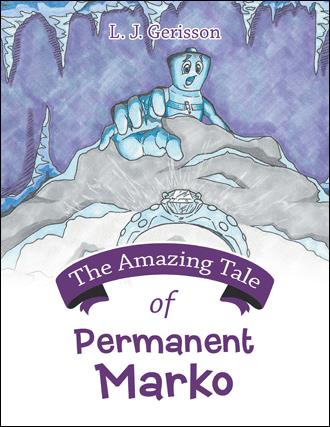 Marko wandered the cave in darkness for a very long time. He began to get worried that might not be able to rescue th eprincess. "NO" he exclaimed to himself. "I have to save her!" Just then, out of the corner of his eye Marko spotted something glowing deeper in the cave. He slowly approached the object and as he got closer, he could see what was giving off the light. It was some sort of belt stuck behind the rocks. Whne Marko tried to touch the object, it seemed to glow even brighter and lit up the whole cave with a bright blueish white light.

Marko is a young boy with a heart of gold. All his life, he has been in love with the beautiful Princess Pencilia, but since Marko is not a prince, there’s no chance he could ever marry her.

High in the mountains above where Marko lives, a dark and scary castle looms over the village. The castle is the home of Wes the great, an evil ruler feared by all the townsfolk. When Wes sets his sights on Pencilia, Marko knows trouble is on the way.

Wes kidnaps the princess, and Marko makes it his mission to save her. To do so, he must face several dangers, including Wes’s henchmen, a dangerous climb, and even a tumble into a deep, dark cave. In that cave, though, Marko finds just the power he needs to save the princess. This underdog becomes an unexpected superhero, all in the name of love.

L. J. Gerisson is the father of two. He finds inspiration in his children’s carefree and playful natures. Influenced by his love of comic book heroes, he decided to write and illustrate his debut children’s book based on some of his favorite characters.