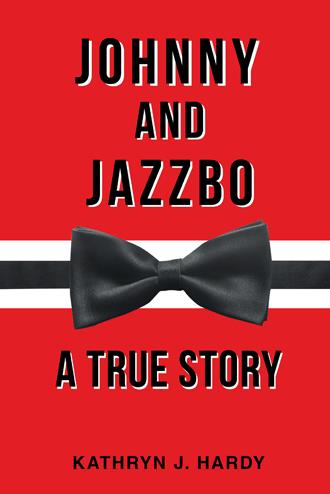 Chapter 1 The ship's shallow hull rolled violently left to right, flinging Johnny from his bunk and onto his side with a hard "thump" to the cold bare floor. A dim light from the hallway flickered on and off providing Johnny with just enough lambency to see objects flying towards him. It was 3:00 AM and the 300’ Navy ship (309' 6" to be exact) had entered into dangerously rough waters. He had no idea where they were, other than they had left the Panama Canal at midnight crossing the Pacific Ocean, heading for Antarctica. Johnny rolled with the movement of the ship, dodging the metal desk chair as it bounded towards him. On hands and knees, he attempted to crawl back to the bunk only to be thrown once again, against the far wall of his small quarters. BAM! BAM! His body slammed. With his right hand, he grabbed his book, "Poor No More” by Robert Ruark, as it slid past him across the floor. He had paid $5.95 for this book at the airport in Boston. "Hell, I never paid that much for any book,” Johnny thought to himself. "I mean to read every 706 pages of this book, and I better know how to be poor no more when I'm done reading it!" With his left hand, he grabbed a paper bag, full of his Mother's pecans, just in time, before being crushed between flying objects in the cabin. The heavy weight of the gray metal desk edged its way closer to Johnny, skidding across the floor at a 45-degree angle. He braced his feet against the drawers to keep them from plummeting out on top of him. With a strong push, he was able to inch the desk back into place. Frustrated and fighting nausea from seasickness, Johnny managed to climb into his bunk before the next disruptive wave hit the USS Glacier. He must somehow tie himself to the frame of the bed until morning, forgetting all his belongings sliding back and forth with the movement of the ship. He would worry about damage control when, or if, the ship moved into calmer waters. Taking straps attached to the pipes above his head, Johnny stretched them down and around the metal bars that were supposed to keep him in his bunk during rough waters. Johnny had wondered earlier what the straps were for, now he knew. At least he would be safe from the floor until morning. With seasickness harrowing from the deepest pit of his stomach, there was nothing he could do on this sleepless night, but to lie back in the darkness of his quarters and muddle through thoughts of how he came to be on the USS Glacier. Their mission, DEEP FREEZE. (SEVERAL MONTHS EARLIER) In the summer of 1959, the young and handsome, Dr. Johnny Savage graduated from dental school at Emory University in Atlanta, Georgia. It was a time when math was calculated in your head and not on a calculator. You were smart in school because you were disciplined in school, as you researched in the library for hours, reading and learning. Johnny was raised believing hard work brought success. He understood commitment, and made good of his time in school, working to become the best at everything he did. Excelling in sports, and academics, Johnny completed his senior year as president of the entire student body at Emory University. Upon graduation, he immediately joined the Navy out of patriotic obligation to his Country. After all, that was what every responsible young man did at that time. Being from rural Northwest Florida with limited funds, Johnny struggled, working his way through Emory Dental School. He had never seen or experienced many places in the world, and with great enthusiasm looked forward to traveling to other countries while serving his time in the Navy. It was a great plan, with only one little hitch holding Johnny back from his dreams. After joining the Navy, Johnny was promptly stationed in Jacksonville, Florida as a dentist on the navy base. Disappointed with his orders to serve in Jacksonville, Johnny wrote a letter to the Commandant of the Naval Core, Commander Rankin McLean: Dear Sir: With pride, I have joined the U.S. Navy and have looked forward to serving my country and seeing the world as I petitioned in my request form. I am single, married only to my occupation as a dentist, and my obligation to the United States Navy. I have no possessions, no furniture and everything I own will conveniently fit into a foot locker. Therefore, I am an excellent candidate for being stationed anywhere in the world other than my home state of Florida, where I am presently stationed in Jacksonville. Please consider me for an alternative location that would require traveling to other countries, representing the United States of America. Send me anywhere outside of the United States, to any foreign country, or on any ship headed to a foreign country. It does not matter to me. I thank you for your time. Most Sincerely, Lieutenant Johnny Savage, DDS It was late September of ‘59, the day Dr. Johnny Savage's life would take an unexpected turn in a new direction. Though disappointed, Johnny would not let it affect his professional conduct, and contentedly set up practice on the Navy Base in Jacksonville. It was a typical, small military examining room, bearing only the bare essentials. He had given little thought to his letter to the commandant, until this particularly unusual cool day in late September. It was 8:00 AM and Johnny was already at work on his second patient for the day. With dental tool in hand, Johnny peered into the mouth of a young seaman when the door opened. Briskly entering the room, a male voice spoke out, “Are you Lieutenant Johnny Savage?”

Amid the sixties and inspired by author, Robert Rourke’s book, Poor No More, dentist Dr. Johnny Savage embarks on a journey destined to find wealth, love and happiness. From explorations in the freezing land of Antarctica to fighting for equal rights on hot, sultry days in Atlanta, Georgia, dangerous and near-death challenges follow Johnny Savage and his sidekick, Otis Ikner. Together, their sense of humor, tenacity and courage become their only shield against all odds in an unpredictable journey ladened with sacrifices, misjustices and unrest. As they fought their way towards success, only time could tell where their road to destiny would lead. Inevitably, in life there is humor, danger, love, compassion, opportunities, lost opportunities and failures. It is the spirit of Johnny and Otis’ desire to live, and be the best they could be, that allowed them to take on the challenges in life. In this book, you will cry, laugh, feel angry and find compassion as you cheer the characters on; all the way to the end.

Kathryn Hardy graduated in 1977 from the liberal arts school, Wesleyan college in Macon, Georgia with a BFA in Art Education as an accomplished portrait artist, then fashion/perfume designer. Through worldwide travels with her husband Ron, Kathryn discovered a love for writing where her creativity has exploded into fiction and nonfiction works offering a unique and inspiring view on life.