Policing Is About People 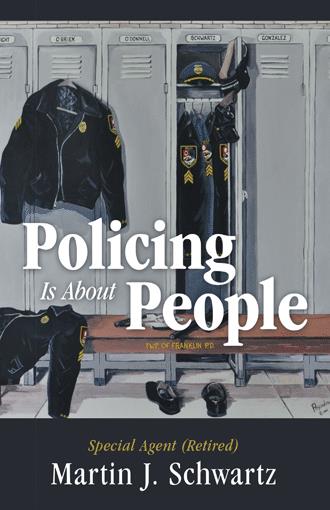 The interesting thing about situations similar to what I describe in this chapter is the different perspective from which we view them. I do not have an opinion on the on-going controversy regarding our southern border. Frankly, I do not know enough about it. There is the perspective of the people trying to emigrate from countries to our south to find a better life in America. My grandparents did the same thing, circa 1920, when they left Italy for America. The people who live in the states on our southern border have another perspective, because they live in the areas that are affected. The government has a view related to customs and immigration. Each of these entities has its priorities and self-interests related to the border issue. A unique group, that I have not mentioned, is the law enforcement officers stationed on our southern border.

The border patrol, and the federal, state, and local law enforcement in proximity to our border with Mexico, are experiencing the events there quite differently than anyone else. Only they see the families who have no money, are malnourished and sick, and yet somehow survived the trip across Mexico to our border. Only those law enforcement officers see the dozens of people packed in the back of a truck and smuggled across the border. They observe the smells, sickness, and dead bodies. Law enforcement uncovers the drugs, the guns, and the criminals crossing the border that are destined for our cities and towns. Each of us whether liberal or conservative, government or non-government, and of different races, colors, and religions sees the border issue from a certain perspective. The law enforcement officer sees it all. She sees everyone’s perspective and is at the epicenter of the issue, experiencing it as it happens. It becomes a part of her as she experiences it from a perspective that is both unexplainable and unknowing by anyone else. Former Immigration and Customs Enforcement and Border Patrol Agent, Jason Piccolo, who spent much of his career there recently said that a quick trip alone is not sufficient to get an education about what happens at the border.

Law enforcement officers experience life in our cities and towns similarly. The rest of us base our perspectives and positions on what we think about an issue. They are rooted in our own priorities, self-interest, and bias. The natural gas drilling in the Marcellus Shale got the attention of environmentalists, many of whom did not live there. Gas drilling to them negatively impacted the world and contributed to global warming. Many of these people understood our energy needs, but they were reluctant to surrender or trade the environment to that need. The energy companies knew that they now had the technology to get to the almost infinite amount of natural gas found there. They were concerned about the environment as well, but accessing those natural gas reserves was their priority. The state of Pennsylvania focused its attention on the preservation of the environment and adherence to regulations through its Department of Environmental Protection. Other state agencies focused on the continued job growth and an economy that gas drilling brought to the state. The people who lived in the drilling area had their unique focus of attention. To some, it was the economic benefits. To others, it was the environmental impact. The federal agent, who still thought like a cop, had only one focus and that was on the people who lived there.

Just like that border law enforcement officer and the officer who is working our inner cities, I saw through and past the issues and looked directly at the people. The police look at what is happening with people and ask, “How can we help them?” Sometimes it means locking up bad actors. Sometimes it is helping to clean up a neighborhood, but mostly it is helping people navigate life’s difficulties.

We do not always succeed in making a difference, but sometimes we do. Occasionally, we observe something that works out well like a child saved from dying at the border, a kid that does not become a gang member, a cleaner neighborhood, or an elderly senior citizen who gets clean water to drink. Oftentimes, these events become distant memories and are clouded by the negatives ones we experience daily.

There are times in a police officer’s career when he begins to question if he is in the right job. It can happen as a result of a critical incident like a shooting. It can also happen because of the frustration that comes with the job. For example, frustration of the criminal justice system, of politicians, or frustration from feeling that he is not accomplishing anything and is wasting his time and energy. It can happen more than once, and most of the time we move on from it. Some cops leave policing over it.

It happened to me in rural America. People had problems, but there was little I was able to do to help them. However, police officers who are vested in their communities and vested in the people they serve are not satisfied leaving the problem the same way they found it. Cops want to make it better. We see it almost every day. Cops change flat tires, buy homeless people meals, and help people find a place to live. Sometimes we cannot do anything about a problem, and we have to move on from it. The people stay with us forever though. We never forget them.

We often hear about acts of violence in our country, which may require an intervention by the police. But sometimes the actions, techniques, and methods used generate questions or criticism about the lawfulness and necessity of policing. Thus many in and out of law enforcement continue to look for ways to improve what we view as inappropriate police conduct.

Who are these men and women called upon to keep the order, peace, and safety of our communities? How are they recruited, trained, and supervised as they perform the duties we demand of them?

Martin J. Schwartz’s book, Policing Is About People, examines the lawfulness and methodology of police actions and considerations in evaluating them. More importantly, it identifies the humanness of the police as told by a police officer. The book offers an opportunity to view policing as a function demanded by the people—our constitutional founders. Finally, the book considers how to make policing better, safer, and smarter for both the citizenry and the police.

Currently, he is the law enforcement advisor for a major software company. He is the recipient of a Medal of Honor from the New Jersey Policeman’s Benevolent Association and holds awards for life-saving with valor with cluster, and meritorious service. He may be contacted at forceanalysisconsultants@gmail.com.