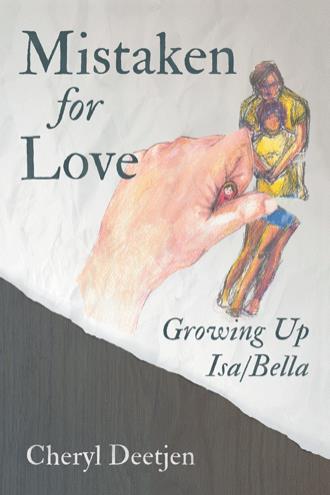 Isa forced herself to tell Jake halfway home that she couldn’t skip work. He needed to drive into town to drop her off. When he turned the music louder and started crazy-singing along, she felt invisible, concerned she’d gotten herself into a bind. Did he care that she had a commitment? Was he even aware of her presence? He reached over and put his hand on her leg. It was bold and electrifying. Isa and Bella felt the intensity. Jake’s clear blue eyes squinted at her but showed no signs of silliness this time. Instead, they smoldered. He turned the radio up again and rocked back and forth in the bucket seat to the music, slapping his own leg to the beat, belting out the heartfelt lyrics.

“Jake, I’m sorry, but you have to turn here…” Isa nodded to an open parking spot facing the lake. Pondering her future chances with him if she got out of the car to go to work she stared into the vastness of Lake Hector. “Thanks for the ride. Maybe next time we can do something.”

He leaned in, close to her face. “To next time.” He kissed her lips, softly. Both of them felt the spell of Bella surge through them. He paused while she got out and said, “See ya later.” He backed his car out, pausing to let the engine rumble loudly, then gunned it and off he went. She stood and watched him speed away. Isa crossed the street becoming aware she was being watched by Mrs. C and the ladies. She waited to hang onto the spell of that kiss as long as she could and avoided talking to anyone. She reached down for Bella. Together, they longed for Jake.

Whenever she was at home now, she was constantly aware of any activity across the street. She watched for his car in the driveway. On her way to school, she scanned the school parking lot for his car. Bella stayed with her day and night and Isa started to think of ways to keep the sparks alive between Jake and herself.

Jake was there for Isa every day to drive her to work. Sometimes he stopped at the drugstore to pick up a pack of cigarettes. On one such day, Isa waited for him in the passenger seat, but her eyes followed him from his car door closing, and as he rambled into the store, as he stood in front of the window at the counter and as he came back out again. He came out with two packs. He had his usual red box for himself and a slender white pack for her, which he tamped on his leg before opening to hand her a cigarette. She protested, so he took it back, but only to light it on his own and then he thrust his hand in front of her with it. She took it, tentatively, and held it between her fingers, watching how it looked. “Go on, try it.”

Isa brought it to her lips, choking on her first inhale. She waved the smoke from in front of her eyes, tearing up. Jake smiled seductively, as his own smoke curled from his mouth and snaked its way through the cracked open window. Isa tried again, but felt dizzy and nauseous. They took the scenic route to the thrift shop, going down the back alley first, driving slowly, giving Isa a chance to get some air. She rolled down her window, concentrating on the crunching of the gravel under the tires. When they finally pulled up in front of the store, she got out on weak legs. Mrs. C frowned when she came in, a half hour late. She had been watching Isa get dropped off for the last couple of weeks and had started asking questions. Isa worked harder as if that would give her less reason to be concerned. She also made sure she was ready and waiting on the curb when her dad picked her up so she could jump into the car, quickly, with no time for Mrs. C and her dad to talk.

Smoking became easier for Isa and she looked forward to the end of the workday when she could go to the back of the house and pull out a cigarette, puffing on it a few times, then smudging the end to save for later. Jake would occasionally see her go out back and they would have a smoke together, sometimes sharing a cigarette, making it feel more intimate to Isa. She preferred going to his backyard where she didn’t have to worry about picking up the cigarette butts.

Sometimes he would have a can of beer in hand, and he’d give her a swallow. Eventually, their rendezvousing led to a second kiss. The kiss was much different than her kiss with Eddie. Jake was impish and steamy at the same time, encouraging Isa to take the lead. Jake was not predictable or typical. He sat, back against the garage wall, legs stretched out. Isa sat facing him on his lap, nervously giggling at his half-closed eyes and pouty lips. One of his eyebrows had a patch of white in the middle of it, which she stared at while taking another sip of beer. The kisses started out as playful, but escalated as Jake began to react to Isa’s heartfelt responses… or maybe it was really Bella’s heat.

Obeah owns the resort located in a secluded woodland setting, complete with peaceful lake, fir trees, trails, and cabins. It’s an idyllic place vacationers seek when they need to get away from it all. Catherine and her family have been long-time guests, but she eventually returns by herself as a young woman.

An unexpected romance blossoms between Obeah and Catherine, but she ends up leaving him without explanation or closure. Brokenhearted, the resort owner creates a magical set of nesting dolls that are meant to get Catherine back. Decades later, the dolls end up in the hands of young Isabella, who is immediately attracted to them and senses some kind of magic.

As Isabella grows up, she secretly relies on the smallest doll to guide her through different relationships, hoping to find love. She experiences a crush, her first kiss, and her first true love but also loss. She questions her ability to understand love and is scared she might never find a way to make love last. Are Isabella’s broken relationships her fault, or is it the magic doll? Perhaps this tiny doll, manipulated by heartbreak, is a force to be reckoned with.

Cheryl Deetjen writes from her own experiences of growing up in a small town. As a child, she sometimes lacked the confidence to build relationships, from girlfriends and later with boys she crushed on. Too often she compared herself, and in her own opinion, came up short in schoolwork, her appearance, and self-worth. Channeling Isa, a fictional character, helped her to discover self-love.