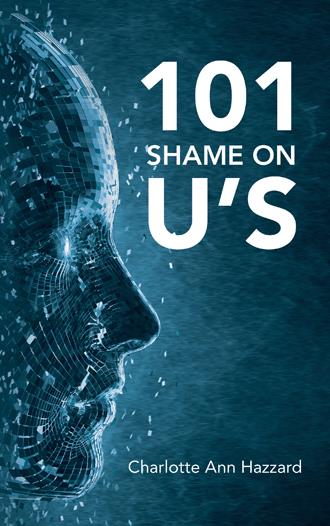 I was raised in Phoenix, Arizona and while I know I was lucky to have grown up there... I was raised during a time when most everyone treated each other with respect. We didn't eat a lot of fast food because it was considered a treat, not a food group. We drank Kool-Aid or iced tea made from water that came from our kitchen sink. We ate bologna sandwiches, or even tuna (which was in a can not a pouch), PB&J & grilled cheese sandwiches, hot dogs, pot pies, but mostly homemade meals consisting of mainly meat, potatoes, vegetable, bread & butter, and homemade dessert.
We grew up during a time when we mowed lawns, pulled weeds, babysat, helped neighbors with chores to be able to earn our own money. We had to make our own beds and pick up our messes for free. We went outside a lot to play games, ride bikes, roller skate, run with friends & played hide and seek, baseball, draw on the sidewalk with white chalk and jumped rope, we even used old wood scrapes and made our own stilts! We drank tap water from the hose outside... bottled water was unheard of.
We watched TV shows like American Bandstand, Soul Train, Gilligan's Island, Flipper, Gentle Ben, The Rifleman, Grizzly Adams, Happy Days, The Lone Ranger, and Dick Van Dyke, the Carol Burnett Show, Saturday morning cartoons, and John Wayne movies. After school, we came home and did homework and chores before going outside or having friends over. And could only watch Disney and Wild Kingdom or Andy Williams on Sunday nights. We would ride our bikes for hours. We had to tell our parents where we were going, who we were going with, & what time we'd be back.
You LEARNED from your Mom instead of disrespecting her and treating her as if she knew absolutely nothing. What she said was LAW!! And you had better know it!!!
You had to be close enough to home to hear your Mom yelling to tell you it’s time to come home for dinner. When the street lights came on you had better be home. We ate around the dinner table and talked to each other as a family unit. After dinner, during the summer, me and my friends would be allowed to sit in the front yard and tell spooky stories and watch fireflies. In school we said a prayer each morning over the intercom, the Pledge of Allegiance came next, we stood for the National Anthem, hands over our hearts, & listened to our teachers.
We watched what we said around our elders because we knew if we DISRESPECTED any grown-up we would get our behinds whipped, it wasn't called abuse, it was called discipline! We held doors, carried groceries and gave up our seat for an older person without being asked.
You didn't hear curse words on the radio in songs or TV, and if you cursed and got caught, you had a bar of soap stuck in your mouth, (I had that happen once) lol..sandal or belt for spankings..and had to stand in the corner or go to my room. Please and Thank you yes ma’am, yes sir, were part of our daily vocabulary!
You grew up to respect the Nation, the flag, and the President, no matter who it was.

In this life, you’ll confront the good, the bad, and the ugly—and not necessarily in that order!

In this pamphlet, the author shares 101 tidbits of advice for adults, parents, siblings, grandparents, friends, and others—all in the form of “shame on yous.” Examples include:

Shame on you for not loving yourself enough. You must understand that in order to love others, you need to love yourself. So, start working on yourself and see if you even like yourself. Don’t be surprised. Some work is always in progress.

Shame on you for not keeping your hygiene up to standard. If you work for the government as a social worker, dirty nails should lead to automatic termination.

Shame on you for telling people your problems and thinking it’s okay. They might have come to you with one of their own problems, but you took that away. You’re a communication crasher. You should be more considerate.

Charlotte Hazzard was born and raised in Phoenix, Arizona.