The History of Marriage and Divorce

Everything You Need to Know 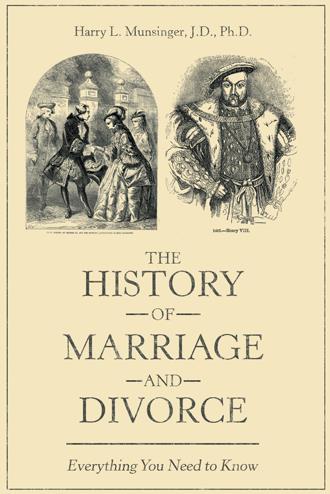 Chapter 1The Goals of Marriage and Divorce
The goals of marriage include sex, financial support, social status, political connections, emotional fulfillment, personal attachment, romantic love, procreation, child-rearing, companionship, and inheritance rights. The goals of divorce involve dissolving a broken marriage, dividing assets, arranging spousal and child support, and planning custody and access to children. Marriage rituals and divorce procedures have varied widely over time and among cultures, but some system of pair-bonding has existed throughout human history in all known cultures except the Na people of China. Anthropologists and historians have found evidence of mated and single parents among ancient hunter-gatherer tribes, primitive groups living in remote areas of the modern world, and almost all ancient and modern civilizations. Ancient hunter-gatherer tribes had no known formal marriage system, but later societies generally developed formal social, religious, or legal systems that controlled and verified marriage and divorce. There are two main patterns of marriage: monogamy and polygamy.
Monogamy and PolygamyThe most common pattern of marriage is serial monogamy, whereby couples marry, produce children, divorce, remarry, and produce more children. Among the few societies where divorce is forbidden, marriages are annulled, legal separations are granted, and couples informally desert broken marriages and form new relationships. The major alternative to serial monogamy is polygamy, whereby individuals marry several spouses. Polygamy is legal in many countries, but generally only rich men take advantage of the option, while most men and women marry one spouse or stay single.
Arranged MarriagesHistorically, most marriages were arranged by the family. For centuries, most marriages were arranged by families to meet economic, social, or political goals rather than for romantic love. In contrast, most modern marriages are based on romantic love. These modern marriages are breaking up at an alarming rate, and conservative authorities worry that the institutions of marriage and family are being damaged by the high incidence of divorce. Critics believe that premarital sex, impersonal sexual hookups, trial marriages, cohabitation, same-sex marriages, and children born to single mothers show that traditional marriage is changing—and not for the better. Earlier generations expected most adults to marry, husbands to work, and wives to manage the home and raise the children. A generation ago, around 85 percent of Western women married, while today only about 50 percent of Western women under thirty-five years of age are married. Many women are having children out of wedlock.Marriage and reproduction are becoming independent events in many countries. More than 40 percent of children in America are born to single mothers, while 60 percent of French children are born to unwed women. Studies show that children are developmentally disadvantaged when they lack two parents in the home. Marriage and reproductive patterns are more traditional in Asian and Middle Eastern countries. In Japan, for example, 2 percent of births occur among unmarried women. India and China also have low rates of births to unmarried parents. Over the last fifty years, four major changes have occurred in the way people marry and divorce: who controls the marriage decision, the purpose of marriage, civil unions, and no-fault divorce. For generations, families arranged their children’s marriages based on economic, social, and political considerations. Pretty young girls were married to wealthy men who could bring social status, riches, and power to the bride and her family. Today most marriages are agreed upon by the parties themselves, and couples are marrying later in life or not at all. The median age of marriage for women in America is now over thirty years. In earlier generations, women were usually married by twenty years of age. Fewer persons are marrying these days because they are cohabiting or forming civil unions instead. Civil unions confer some of the rights and responsibilities of marriage and were originally intended as an alternative to same-sex marriage. Today heterosexual couples are forming civil-union partnerships rather than getting married, because they prefer not to make the commitments marriage demands, even though there are health and economic advantages to being married.
Benefits of MarriageNumerous studies show that married couples are healthier, wealthier, and happier than single or divorced individuals. However, until recently it wasn’t known whether this positive effect was caused by being married or because healthy, wealthy, and happy individuals marry more often than sick, poor, and unhappy people do. To answer this question, researchers statistically controlled for the health, economic status, and psychological well-being of married spouses. They still found a significant benefit to being married. These results indicate that being married has a positive effect on health, wealth, and happiness independent of the fact that healthy, wealthy, and happy people marry more often. Mate selection is also changing. In previous generations, it was common for individuals to marry a first cousin or other close family member. Charles Darwin married a first cousin and later lamented that inbreeding created evil effects among his children. Today marriages between close relatives are rare, because most countries discourage them. Also, fewer people marry cousins today because lower birthrates are limiting the availability of first cousins as potential mates. When women had an average of five surviving children, females could expect to have around twenty-five male cousins. However, when the average birthrate is under two, females can expect to have only three or four male cousins, making it much less likely a consanguineous marriage can happen. 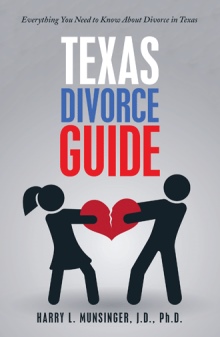 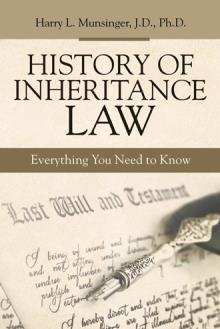 Marriage rituals and divorce procedures have varied widely over time and across cultures. The History of Marriage and Divorce explores the evolution of these two institutions, from our early hunter-gatherer ancestors through antiquity and the middle ages up to modern times.

In this book, collaborative attorney and former psychology professor Harry L. Munsinger explains the legal, economic, religious, evolutionary, and psychological issues involved in mating and divorcing. This book will give readers insight into why humans marry, divorce, and remarry with such irrational abandon. The reader will discover that the tendency to marry and divorce are partly inherited and the personal and genetic appeal of serial monogamy.