by Mark A. Snyder 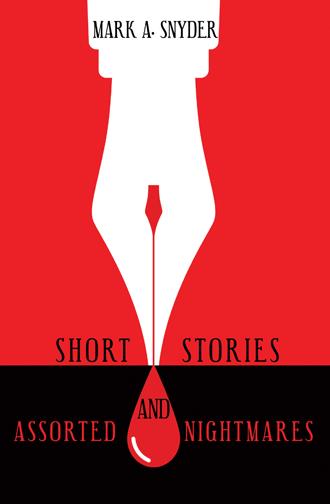 To my loving brother, Ben.

I’m so sorry. I hope you can forgive me. Please try.

It’s been so hard, so lonely since Peggy’s passing. I am at the end. I don’t want to go on anymore—I can’t. We were so unprepared. Everything I could sell, I did, except, of course, Peggy’s beloved Trans-Am. I can’t bring myself to do it; she loved that car so. It’s the only thing I can look at that reminds me of her, and it makes me smile, because whenever she drove it, she beamed. I never—not a single time—saw her unhappy behind the T/A’s wheel.

I know my few friends will be disappointed and unhappy with me about my decision to join my love, but at my age, there’s no chance I’ll ever again have what I had with Peg. Even if I could, I don’t want it. I want her; I want to be with her; and in a short while, I either will or won’t, but either way, my suffering—mental and physical—will be at an end.

I’m sorry, too, Ben, to burden you with the disposal of my home and few remaining possessions, but I hope there’ll be something left over for your troubles. I’m also going to apologize now for whatever condition my body is found in. It might be a while. I’m not very sociable anymore. In fact, I probably talk with you more than anyone, and we only chat every few months. But know, since that wreck took my leg and hand, I’ve wanted out of this weak and fragile, flesh-and-blood vessel, and now, I’ll finally be free of it.

You’ve been a good brother, and I love you with all my heart. The time you spent with me during Peggy’s final days and the days afterward are priceless to me. As much as I wish we lived closer, to this day, I can’t conceive of myself leaving our house . . . even though I can no longer afford it. It was—is Peggy’s and my home. We built it, and I can never part with it.

I understand that selling the house will be harder because of my final act, and again, I apologize. The Trans-Am is worth at least $20,000, and it’s yours—do with it what you will. I’ll soon be in a place where it won’t matter.

My world has become so small and isolated over these past few years. There are likely a half-dozen or fewer who will care I’m gone. My light will simply flicker out, but I know this will be hard on you. My last wish is that you not let it. If you want to mourn, do so for the days back home when we raced our bikes down Lawrence’s Hill in summer and exchanged them for our Flexible Flyers in winter. Remember the day we found Dad’s old trunk of Playboy magazines and the week we didn’t talk, after discovering each of us had a crush on Jenny Turney.

Those are the things to mourn, not my broken, aged body and unending emptiness. My release from this hell on earth is to be celebrated.

Aside from my Peggy, what I desire most of all is your forgiveness.

David trifolds the note, slides it into an envelope with Ben’s name written on the front, and then licks and seals the back flap. With the help of a cane, he rises from the table, shifting his weight to his “good” leg. He wrangles the prosthetic one underneath him. He switches the cane to his other arm and slides the stump into its receptacle. David grabs the large bottle of Knob Creek bourbon, thrusts it under the armpit holding the cane, retrieves the letter, and grabs the keys to his car, as well as Peg’s. Over the past few years, he’s found all sorts of ways to carry a load. It’s a slow hobble to the door that leads to the garage.

Despite holding the letter and keys, David easily turns the doorknob, takes the two steps down, clomps to his Chevy Malibu. It’s a newer car, and he wonders if its exhaust system, with all its modern, anti-pollution devices, will even do the trick. Thank God for the certainty that Peg’s Classic T/A is up to the job; otherwise, he might have to find another way of offing himself.

It is August 1943 in Benghazi, Libya. Ed Mayfield, part of a B-24 Liberator bomber crew, is awakened from a nightmare, and assigned to a major air campaign that is no less terrifying.

Frank is a lonely, almost desperate man, due to an unexpected new-found freedom. In an old bookstore, he finds finds an unlikely companion—a parrot—a curious creature that takes Frank under its wing(s).

It is 2048 and a spacecraft speeds toward Mars. Inside is Specialist J. Murphy Cameron, preparing to live out his life-long dream of excavating an ancient civilization on another planet. He digs up more than expected.

Ken, his brother, and their wives think they’re off on a voyage to spread the ashes of the Ken’s father but instead have set sail into the steamy and turbulent waters of stormy relations and dark secrets.

David is ready to put an end to it all and check out—for good. Unfortunately, he has no idea who is waiting for him on the other side.

In Short Stories and Assorted Nightmares, Mark A. Snyder leads others on a journey from the everyday to the extraordinary. This collection of nine deliciously wicked tales and curiosities piques the imagination, conjures stirrings in the darkest corners of the mind and will appeal to fans of horror and science fiction alike.

Mark A. Snyder was born in Upper Darby, PA and spent much of his formative years in South Florida. After earning a degree in Advertising Design, he has spent nearly 40 years as a graphic designer. He currently resides with his wife and two dogs in Charleston, South Carolina. Short Stories and Assorted Nightmares is his first book in publication.