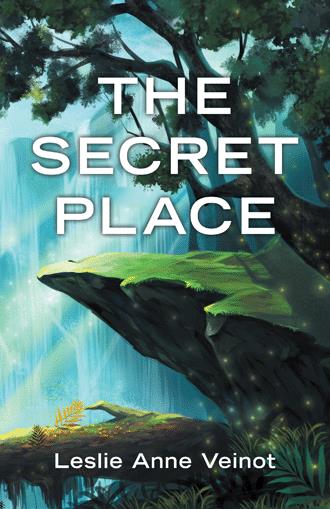 "No. Whoever wrote it has kept this a secret from mankind. It was hidden in the main library behind a false wall we discovered while doing renovations the last few days. It was in an envelope that had on the front of it. 'To whom it may concern.' Inside was this letter that reads, 'Please take care of this and put it under lock and key. Tell no one unless you really trust them and keep this a secret, especially from the sprites.' We do not know who these sprites are. No one has ever heard of them," replies Evan. "But maybe ... it's what I saw earlier," he mumbles, so low Gavin doesn't hear.

During this time, the twins are listening to the men. They're worried they won’t be able to get the scroll and how this action, if they do not get the paper, will change the future of the sprites. They just have to believe that the general, their father, and the Old One are doing the right thing for their people. They believe the Book of Destiny, where everything they do in life is already written, was written right.

Gavin tells Evan he will study the paper now and that he is dismissed. After Evan leaves, Gavin picks up the scroll. After a couple of minutes of studying it, he lays it on his chest and then closes his eyes.

He just wants to rest for a moment, as it has been a long day, and is soon snoring. The twins are now running up the wall behind the human.

T-1 takes out the web like rope from his pocket and starts to tie it around T-2's waist. "You can do this!" he says.

"If you drop me, you know what will happen!" replies T-2, still staring at the human, hoping he stays asleep.

"Yes, I remember that we’re not to touch a human while on the human side and what happens if we do," T-1 says with a sigh.

"Right. You bumped into a human a few months ago near the waterfall," T-2 says. "Wow, what a shock that was! He disappeared back to the middle of that cave within a blink of an eye. He was in a daze at that point and confused but walking slowly around the cave. You went to bring the two Old Ones back here and they quickly sent him back through with a spell not to remember where he was. So, you and I, for disobeying orders not to go through the waterfall, were moving the colorful rocks around the whole site for two weeks, and we even had to count them as well, remember? My back hurts just thinking about this."

"Yeah! Sorry about that again," replies T-1 in a small sad voice.

They both know this is a very serious thing to do. But to them, the scroll is more important. So, still stuck to the wall with his feet, T-1 almost drops his brother but quickly tightens his hand. T-2 is still holding his breath as the scroll turns into the small size a fairy can handle. The scroll will turn into the human size paper when a human touch it, and when a sprite or fairy touches the scroll, it will shrink back to fairy size.

Magic is wonderful and mysterious.

As soon as the twins get down to the floor, the door opens.

Author Leslie A. Veinot's The Secret Place follows Pixie, a tree-born fairy, on her adventure to save her friend from the rival sprites who invaded their land. Also, about a special human girl, Gypsy, who comes through the waterfall, makes friends with Pixie and two of these rival sprites who are always looking for adventures, good or bad.

The Secret Place is an entertaining and sometimes humorous story. With every turn of its pages, you will feel as though you are part of the tale.

Leslie Anne Veinot has written other amazing stories, but this is her favorite. As a young girl, she loved Nancy Drew. And at bedtime, she read the stories by flashlight under a blanket. That is how the title, The Secret Place, came to be. She has two sons, Dwayne and Ryan. Ryan and Andrea who gave her two wonderful Grandchildren, Brooklyn and Nolan. She lives in Halifax, Nova Scotia.