Been There and Done That! 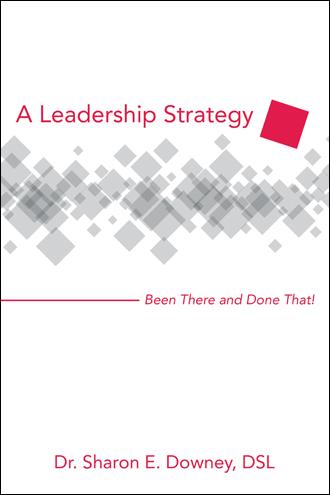 Everyone deserves a chance to be under the best leader in the world or at least have a chance to observe effective leaders in action. Somehow, leadership in some of the most successful organizations and societies has lost its flavor. Modern day leaders are struggling with their leadership identity, which in turns prevents them from being effective and causes them to miss becoming a role model for the communities in which they live. Leadership as a whole has become a question: do leaders really care about their leadership identity? Or are they just another step closer on the leadership ladder to an invisible arriving point? Whatever the case may be, all leaders can make the best of their roles, pursuing moments and ways to make adjustments in their leadership style for desirable outcomes.

On December 8, 2000, Linda—a supervisor in the field of healthcare—found herself in a difficult situation after supervising her team. She had made a decision to ensure patients were safe, which meant her team had to respond to all emergencies in a timely manner. Linda received resistance from a few team members after questioning their actions. The team members decided to report Linda’s questioning to her boss, succumbing to “first person who tells the story wins the prize” syndrome. Linda was reprimanded by her direct boss after making an optimal decision. Why? Linda was not given a chance to explain the incident, even though she was ultimately responsible for the patients and staff. She was found guilty by her boss, sending a message that the staff’s opinion was more important than her opinion as a leader. Linda decided to write a note to her boss in order to explain her side since he was not actively listening to her.

In response to the recent incident based on a decision that I made while being in a leadership role, I wanted to share my standpoint. I was performing this job to the best of my abilities and in accordance with the way I have been taught to do this job. The outcome of this incident has led to animosity between my team and myself, which then led them to approach management with this unfounded and ridiculous accusation. I only approach them about problems which could impact the patients and them as well. I feel that I have received no support from you as a leader when it was appropriate. This lack of support has led me to conclude that there is no respect for the position in which you felt that I was qualified to obtain. This position carries an enormous amount of responsibilities that could result in the leader willingly accepting the blame for things that go wrong during their leadership role, and I accept that challenge.

Linda concluded the note with “Thank you for your consideration.”

As a leader, do you think individuals should be expected to supervise and placed in a position with a lack of support from their direct leaders? Linda’s experience became an eye-opener for her as an emerging leader. She began on a quest to understand leadership, seeking leaders who were truly talking and walking in ethical leadership, keeping in mind that no individual is without perfection. However, all leaders have a moral compass; just using it can keep them from a path of self-destruction and others’ destruction. The right leadership can bring out the best in people, and the wrong leadership can hinder growth in people.

Leadership is time-consuming, and it requires a strategic plan for leaders to be successful. In A Leadership Strategy, author Dr. Sharon E. Downey offers a guide for emerging leaders and those in a leadership role.

• leadership development and practices that can support leadership styles, such as mentoring, coaching, and consulting;

• measuring leadership effectiveness and efficiency, such as leadership index, 360 feedback, and instrument tools;

• challenges in leadership, along with solutions for overcoming challenges;

• diversity in leadership, providing insight on how to have openness to others’ opinions and values;

• faith in leadership and servant leadership; and

• pearls of leadership and the rewards and benefits of good leadership, making a difference and changing lives within organizations.

Based on Downey’s professional experience, A Leadership Strategy advocates leadership philosophy and its real-world usage within organizations.