Rachel versus Sean with Jackson in the Middle 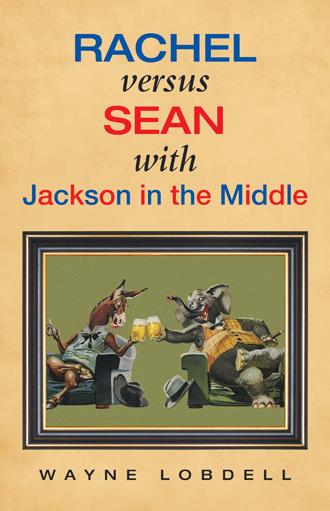 One of the big political firestorms of 2019 was the twitter and press conference battles between President Trump and the progressive group of Ilhan Omar, Alexandria Ocasio-Cortez, Ayana Pressley and Rashida Tlaib, I think I can assume my liberal friend, Rachel, would defend the Progressives and Sean McCarthy would defend President Trump.

Actually, they are both wrong. The four Congresswomen have been infuriating the Jewish community and discomfiting the Democratic leadership with their expressions of anti-Semitism and it has been condemned in a Senate resolution. Of course, since they have also been critical of Trump, the President has taken the bate, twittering back with statements which opens him up to being accused of racism. This type of rhetoric never accomplishes anything and takes time that could be used to accomplish some constructive legislation on health care, climate change, infrastructure, immigration, education, the homeless problem and drug trafficking,

A popular topic for newscasters, politicians, and political journalists is China’s effort to overtake the U.S. as the world’s largest economic power. Operationally, they have a big advantage: They don’t have elections, and they don’t have to deal with political gridlock to the extent that we do. However, they also lack the ingredient that has made the U.S. the world’s leader: They don’t have our incentive-based free-enterprise capitalist economy, nor are their citizens free to choose their leadership.

Why does American lead the world in reserve currency, technology, medical research, robotics, medical innovation, the military, computers, artificial intelligence, oil and gas, universities, literature, theater, movie production, fast food, wealth per adult, billionaires, Olympic sports, wilderness preserves, and more? These are the reasons so many people want to come to America, and it’s the reason I don’t want to see us move too far towards socialism.

The predominant issue in past Presidential elections has been the condition of the economy and whether or not we are involved in an unpopular war. The 2020 election seems more likely to be decided on the voter’s judgment of the personal character of the incumbent President and his opponent and whether we want to see the U.S. become more of a socialist country or continue with free enterprise and capitalism. When the time comes to vote, I will take a logical approach to annualizing which candidate I think will make the best decisions in leading our nation to a healthy economy and world leadership.

In our discussion group, the grand finale was a conversation about a safe, non-invasive personal identification system, which could solve many problems and save our government and business community billions of dollars. The first reaction to this idea is usually a concern that the government would know too much about us. I agree that it wouldn’t work unless it could only be used to verify identify, not to track where people are going or where they have been. Furthermore, it would be voluntary for citizens. Only non-citizens and persons convicted of a felony would be required to have the card. The government would also supply the national ID card at no cost. The cost savings from crime prevention, simplified airport security, and other security improvements would more than cover the cost of the system’s design and management. All three of us agreed that a carefully planned national ID could be the most important innovation that our government could implement.

In closing, as I contemplate and attempt to objectively and logically evaluate this continuous, complex and frustrating political challenge we Americans face between the advocacy of progressive socialism and conservative capitalism, I recall watching the CNN and Fox News coverage of the Trump directed celebration at the National Mall on July 4th of 2019.

I flipped between channels of the coverage by CNN and Fox. The CNN panel of five was primarily critical with the view that demonstrating our military strength with the costly exhibition of our military was inappropriate and typical Trump boasting. They emphasized that all the money used in the cost of the display should have been spared and used to provide more help and assistance for what they described as horrible conditions for children and families at the U.S.-Mexican border.

The contrasting point of view was emphasized by the Fox discussion group, in which they expressed the importance of demonstrating appreciation for those who have served in our military since the Declaration of Independence, the saving of our citizens and the world from evil dictators and enabling the safe existence of this nation that so many people around the world want to come to. The point being that if not for our great military we would not be the nation that millions are storming our borders to come to America.

Both points of view have merit, depending on your political party preference. For the sake of our future we will need some logical compromising rather than stubborn political profiling to keep this great nation together and the media can be instrumental in creating that environment.

In the coming 2020 election Donald Trump appears ready to continue to move forward with his controversial twittering to the public, bold decision making and a continuation of the more conservative options. In fairness, he has demonstrated some willingness to compromise on some issues.

Among the Democrats who have a chance to win the nomination Elizabeth Warren and Kamila Harris represent the push to a more socialist direction and Joe Biden, based on his past record, represents the cautious middle of the road approach to governing. Biden is most likely, among the Democrats to work for compromise. Watch the campaigns, analyze logically what you think is best for your family’s future and vote.

When we completed our interview sessions, we decided that we had set a good example of what it will take to save the foundation of this nation: maintaining the two-party system and discussing issues objectively and fairly, without anger. We also need to get logical and be willing to compromise. Conservative Sean and progressive Rachel walked out of Filibusters together as friends. They have different opinions about American politics, but they learned that they could find ways to compromise. They got logical.

Rachel vs Sean with Jackson in The Middle brings together a brilliant African American bartender with an amazing knowledge of political events, facts and opinions, trapped in a unique circumstance with a beautiful intellectual liberal and a handsome, articulate and successful business conservative. In the course of two long contentious and sometimes humorous debates that involve spouse relationships they delve into many conservative and liberal differences and seek some innovative ideas and compromises on the key issues. Jackson keeps it fun with some Presidential trivia and humorous stories.

As we navigate through this volatile political season, I hope this story motivates you to listen to opposing views and generate some rationale understanding of the need to evaluate the issues in depth from multiple angles.

Wayne Lobdell is author of two other books, Climb From The Cellar, a memoir, and Hilly Pilly and The Little White Lie, a children’s book. Born in a basement apartment, living poor as child and then surviving the slums, Wayne, with the help of his wife Terry, worked his way through Michigan State University and a business career, combining long working hours with raising four children and taking on risky ambitious business challenges. Wayne and Terry now are principle owners of over a hundred restaurants, a dozen real-estate properties and several other business ventures.

In addition to now enjoying an extended family of three sons, a daughter, spouses and twelve grandchildren, Wayne enjoys writing and is an avid reader of political books, newspapers and magazines. He is an active supporter of the National Writer’s Series, has read the biographies of most America’s past presidents and is a nightly listener and personal evaluator of CNN, FOX, MSNBC and the network news stations.