Jeremy Longtail and the Hunt for Mongolia 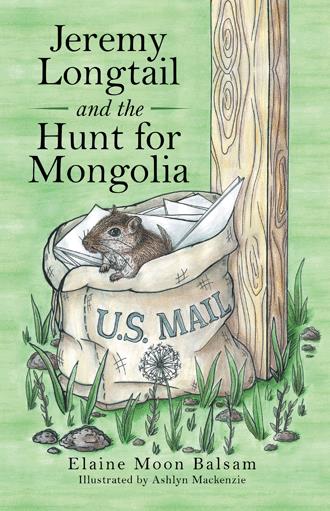 Just as morning’s first light began to make shapes and sizes reappear in the shop, one of the rabbits in a cage at the bottom of the stack began to jump as high as he could, hitting his head on the top of his cage.  He was still terrified and nothing his neighbors called out to him made any difference.  With his rhythmic jumping the cages on the counter began to sway back and forth.  Soon they began to topple.  Jeremy’s fell behind the counter.  Someone else's cage fell on top of his. After a few more banging and toppling sounds, cages stopped falling.  Jeremy shook himself free of the bedding which had piled on top of him and crawled over his water bottle, peeking around the edge of his up-turned home.  He discovered that the top had popped off on one side, leaving him free to go or stay.  He sat still for one long careful moment.  Then, as always is the way with gerbils, curiosity won out.  He ventured forth, whiskers quivering, filled with excitement.  Escape had come to him at last!

Jeremy Longtail’s life is about to change. He is a gerbil who lives with a little girl named Carrie, who loses interest in him and leaves him alone too often. In his free time, he watches the “glowing box” that teaches him things about reading and about a faraway place called Mongolia, where his ancestors came from. Although he has no idea where Mongolia is, he is determined to find that place where gerbils still live in the wild and to make his home there.
When Carrie moves to California, he is taken to a pet shop. Thanks to a frightened rabbit, Jeremy escapes from the pet shop, along with his new friend, Little, another gerbil. They first build a burrow in the park but come upon many dangers, including cats, dogs, and hungry rats. The real journey begins when Jeremy and Little end up in a mailbag!
Follow Jeremy Longtail as he makes his way through adventures and misadventures, meets friends and enemies along the way, and learns about the many kinds of humans that shape the world around him—but will he ever make it to Mongolia?

Elaine Moon Balsam has told bedtime stories to entertain homesick campers, built excitement as an English teacher in São Paulo, Brazil, and made puppets come alive as a Pre-K enrichment teacher. Animals have always been a part of her life, including guinea pigs, lovebirds, gerbils, dogs, horses, iguanas, a ball python, and a bearded dragon.

Ashlyn Mackenzie was born in Auckland, New Zealand, and moved to the United States when she was eleven years old. From early childhood, Ashlyn explored art both in school and at home. Despite never receiving formal training outside of school, her passion and dedication helped her improve. While attending high school in Maryland, Ashlyn continued to challenge herself artistically and completed AP Studio Art, receiving the Senior Art Award at graduation. Ashlyn is studying engineering at the University of Melbourne. She intends to pursue art throughout her life.